Welcome to SNX DLX! This time around we’ve got a light week with a few heavy hitters, including new Jordans from Atlanta-based A Ma Maniére, Nike, and the latest creation from rising sneaker designer Aleali May. A sneaker inspired by the eternally stoned South Park character Towelie also dropped via Adidas but that release was so intertwined with the culture of 4/20 that today, on 4/21 while everyone is recovering from 24 hours of being high, it just feels like the moment has passed.

Still, we felt like it’s still worth a mention — as it’s a pretty dope terry-cloth take on Adidas’ famed Campus 80 silhouette. Towelie’s eyes turn red when exposed to the UV light… That’s about all we’re going to say about these sneakers, but if you’re a big South Park head, this might be something you want to pick up.

Now let’s get to the shoes that we are featuring, and once you’ve scooped up a dope pair of kicks be sure to hit up our apparel roundup to complete your fit. 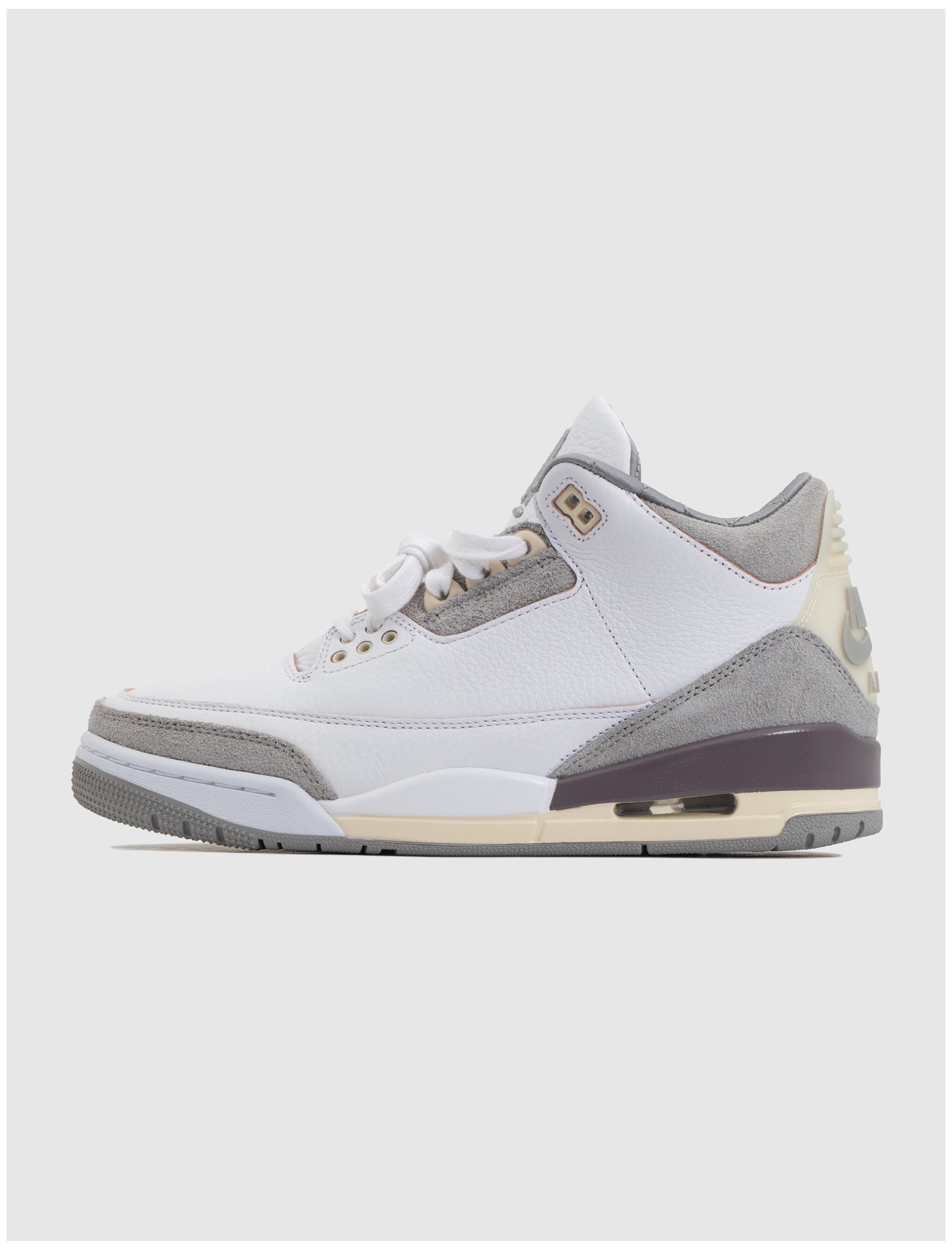 Parisian-influenced Atlanta-based luxury streetwear brand A Ma Maniére is linking up with Nike this week to drop a sleek and simple unisex Air Jordan 3 and apparel collection inspired by and in tribute of the women who raised us.

“As we look to the future of our communities, our country, and the world, from the White House to any house, we are all raised and led by women,” writes the A Ma Maniére team on the collection’s launch page.

This grey and white take on the Jordan 3 features the brand’s “A” logo at the tongue of the left shoe and sports quilted interiors and hidden messages on the inner heel.

The A Ma Maniére Air Jordan 3 “Raised By Women” is set to drop on April 21st for a retail price of $200. Pick up a pair at Flight Club. 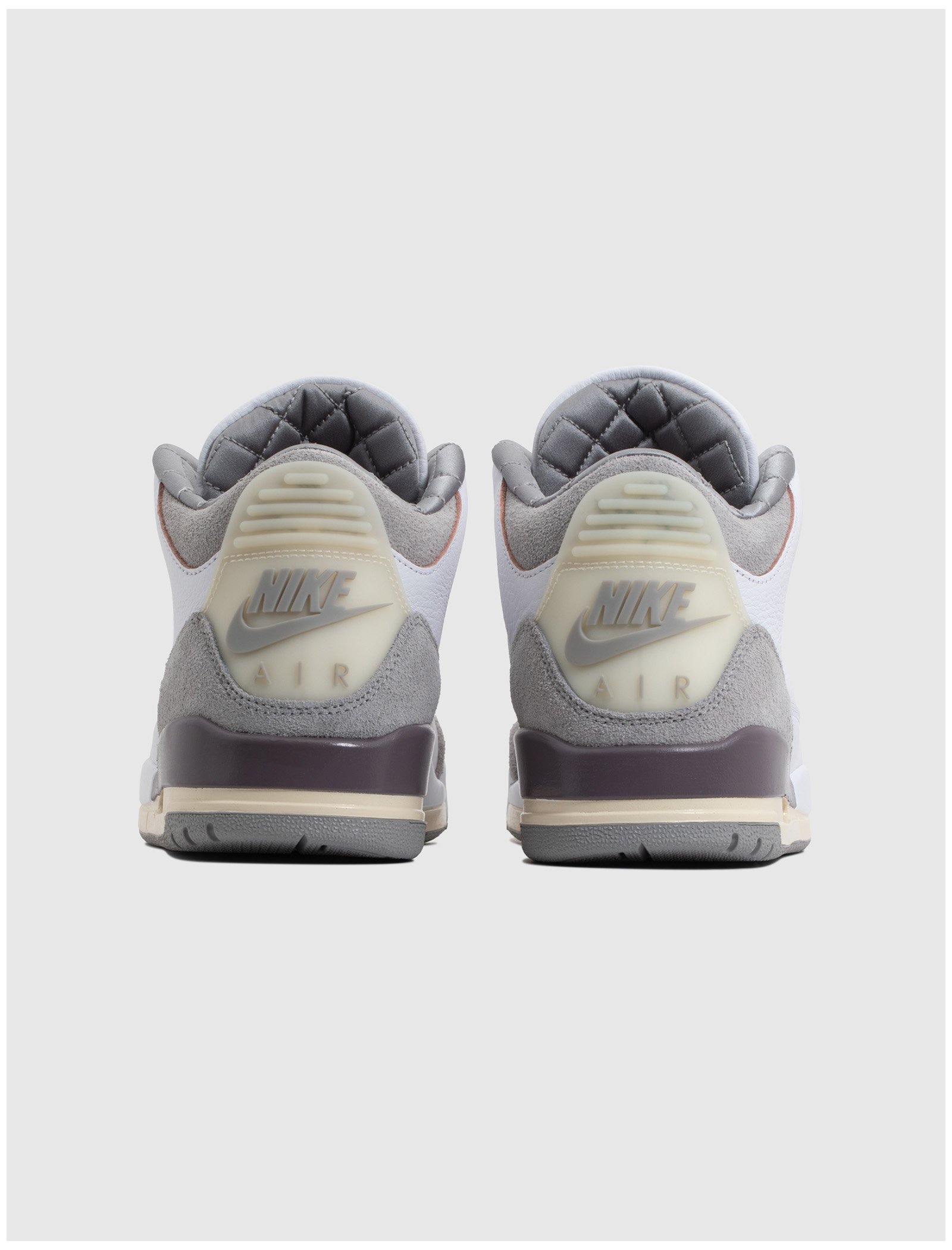 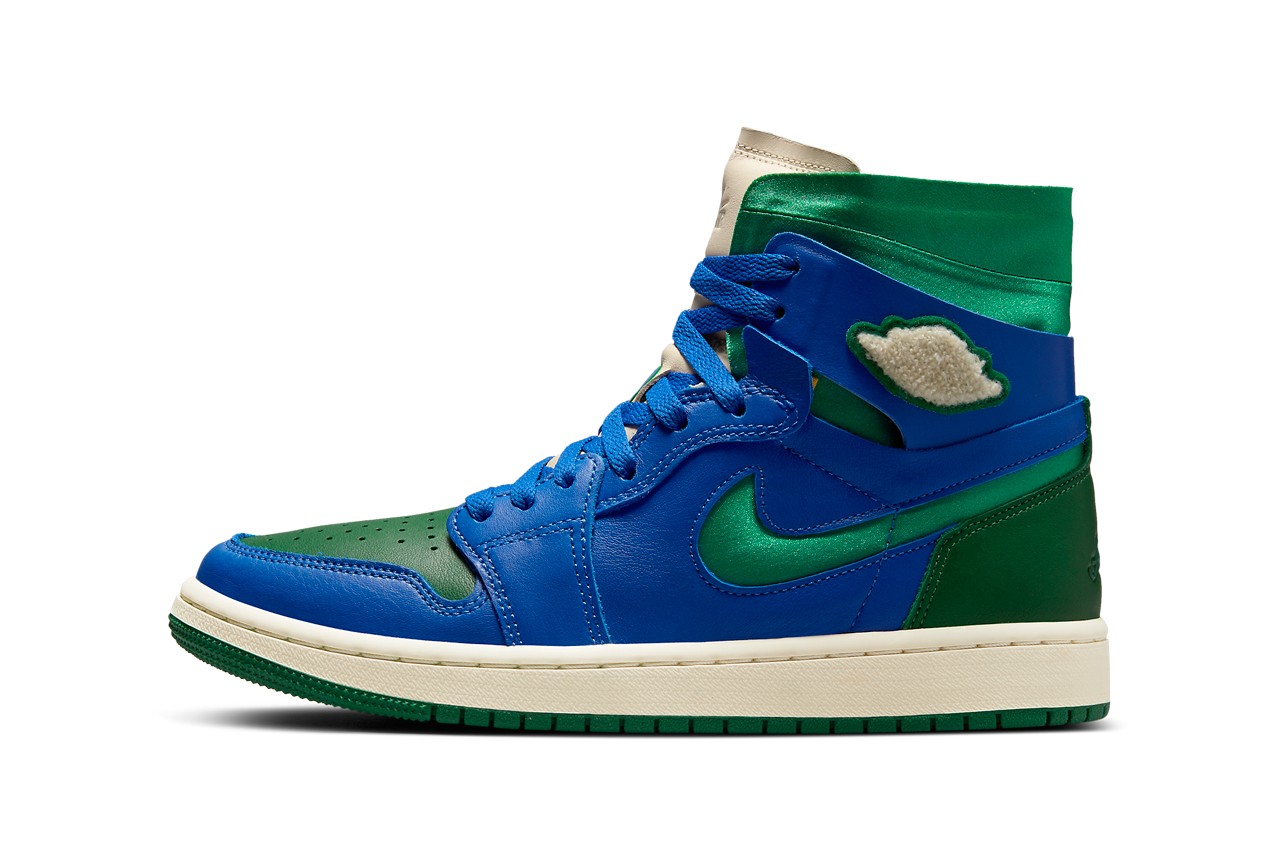 Virgil Abloh who? The designer/stylist/model currently glowing up Nike’s roster into a new era is none other than LA-based designer Aleali May, who has made a habit of radically transforming the Air Jordan 1. This week she continues that trend, with the High Zoom CMFT Califia.

Inspired by her high school drill team, the Califia features a loud true blue and green colorway with cream chenille detailing on the wings logo, a matching tongue and Aleali May branding on the tongue tag and heel. The high-top sneaker will drop alongside a sportswear-focused apparel collection that borrows from the same vivid color palette.

The Aleali May Air Jordan 1 High Zoom CMFT Califia is set to drop on April 22nd for a retail price of $140. Pick up a pair via the Nike SNKRS app. 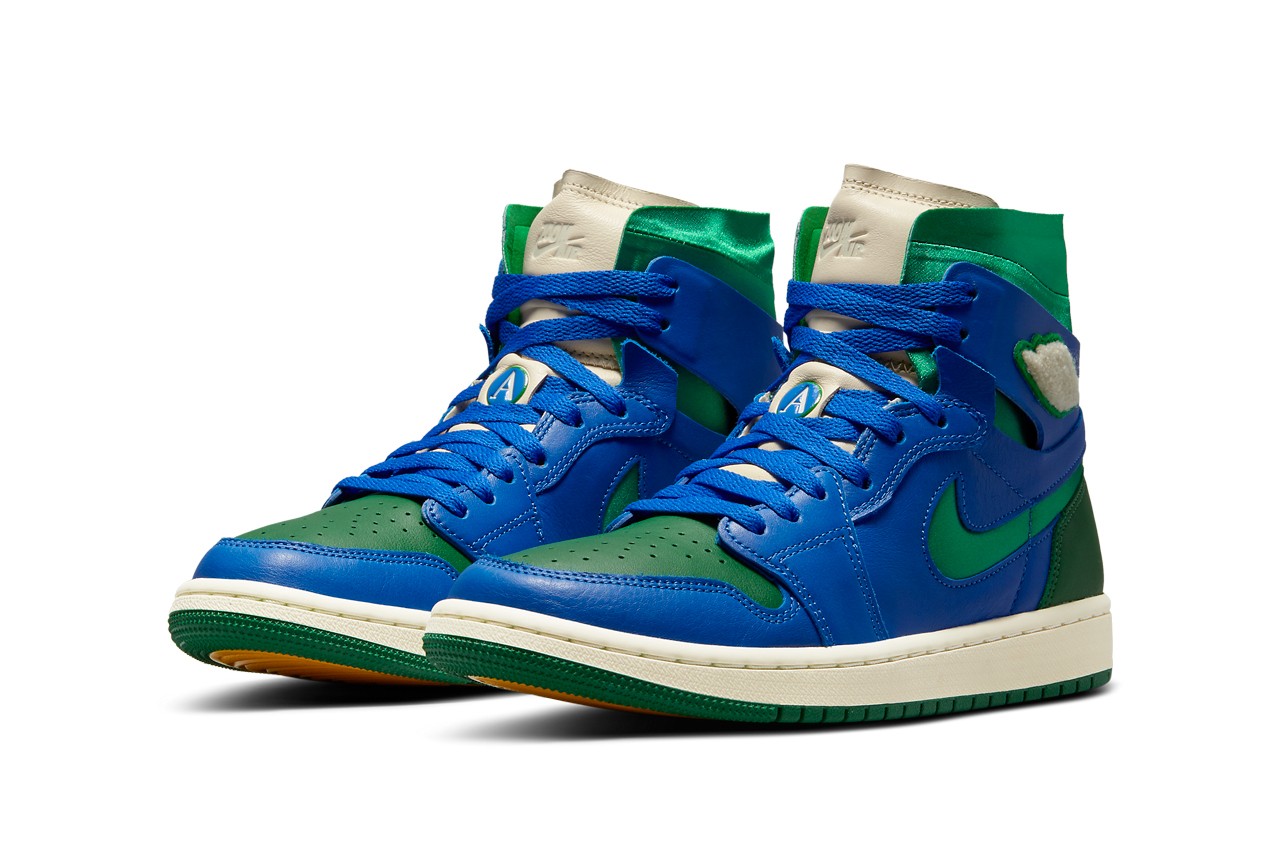 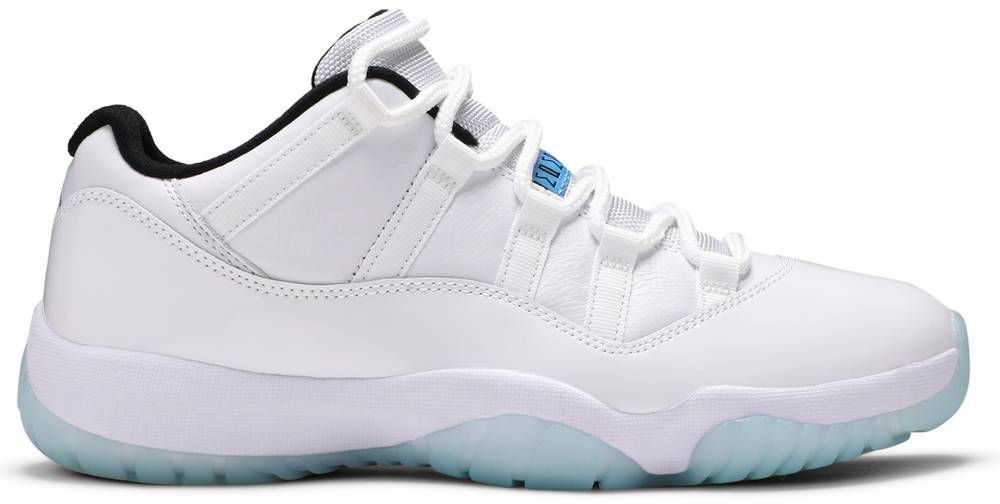 Sick, we’re finally getting a low-top version of the Air Jordan 11 Legend Blue. Fans of low-top Jordans have only been waiting for this for *checks calendar* TWENTY-FIVE YEARS. The Legend Blue colorway, with its pristine white upper and icy blue sole and accents, is one of the silhouette’s best colorways and now it’s finally available in a low-top cut.

MJ first unveiled this colorway at the 1996 NBA All-Star Game, a 25 is stamped on the sock liner, to celebrate the 25th anniversary of the colorway.

The Air Jordan 11 Low Legend Blue is set to drop on April 24th for a retail price of $185. Pick up a pair at GOAT or Flight Club. 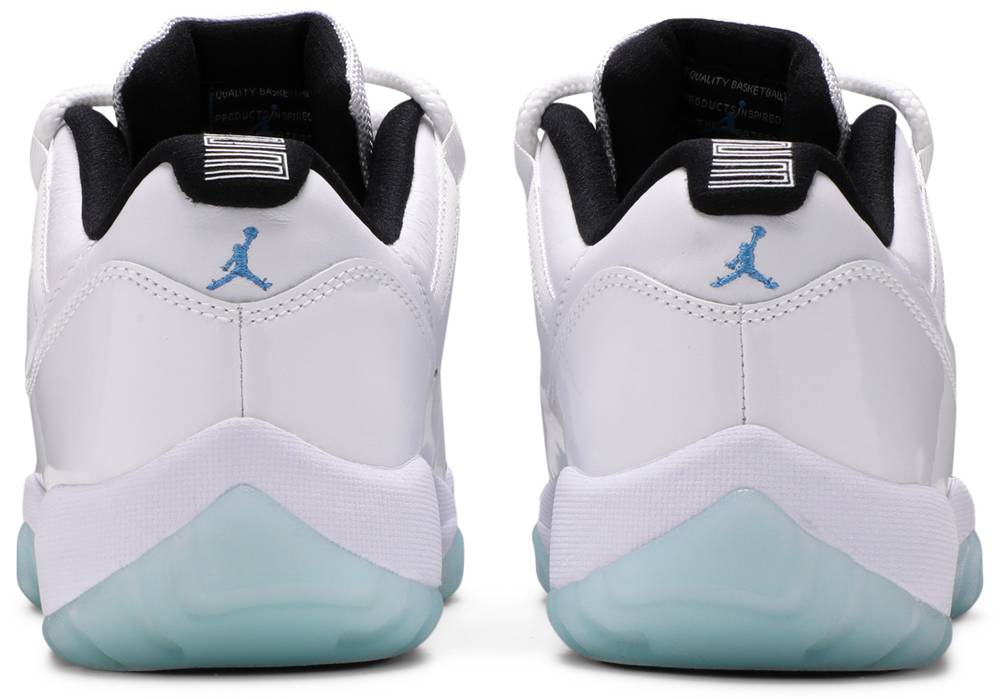 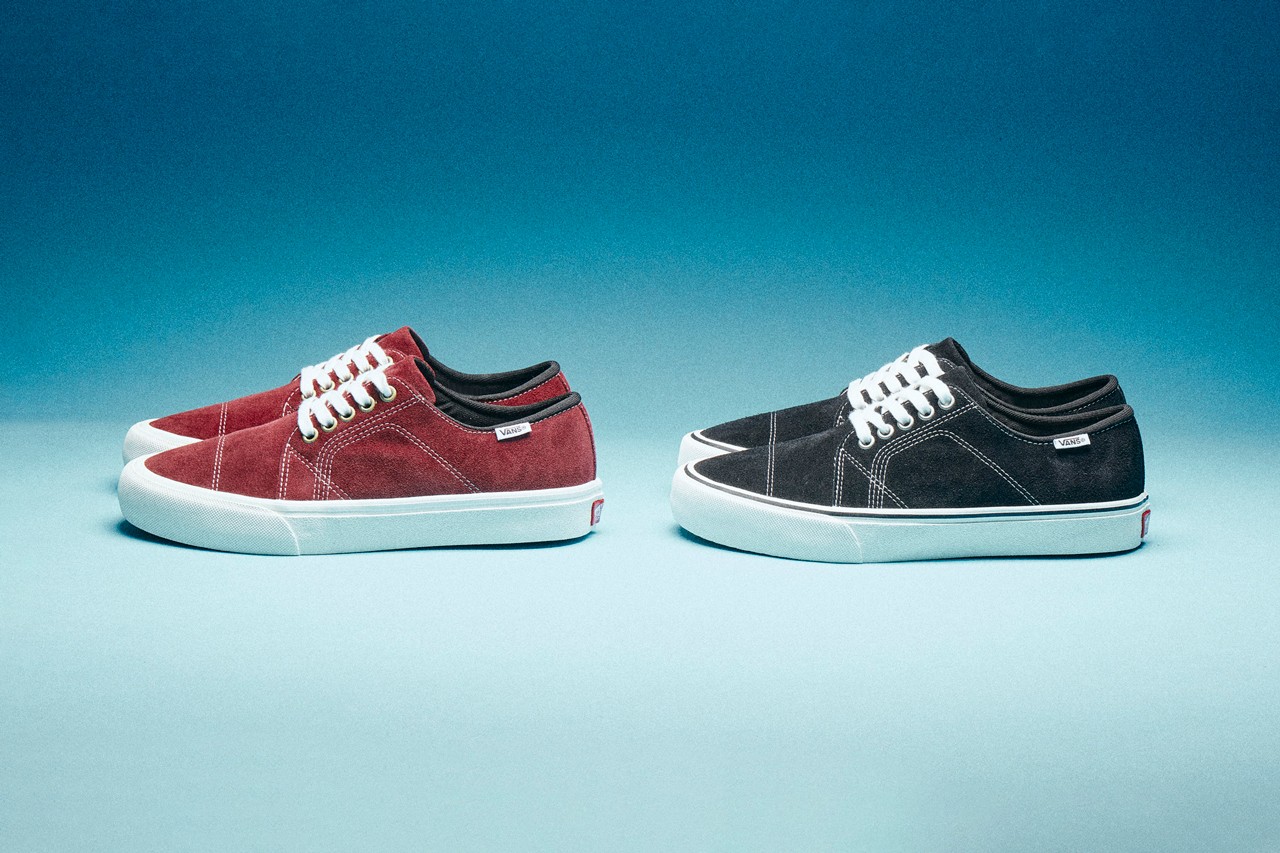 VANS doesn’t get a whole lot of love over here at SNX. It’s not personal, the brand just rarely offers anything new that competes with heavy hitters like Jordan Brand and Adidas — but we’re really digging on this revival of the vintage Style 57 sneaker silhouette, a skate sneaker that hails from the early ’90s So-Cal skate scene.

Dropping in burgundy and black, the Style 57 features a suede upper with an interesting contrast stitching pattern and an extra low-top cut. It’s familiar enough that it’s recognizably Vans, but different enough to catch our eyes.

The VANS Style 57 is set to hit Japanese retailers like BILLY’S Tokyo on April 24th for a retail price of $92. Pick up a pair here. 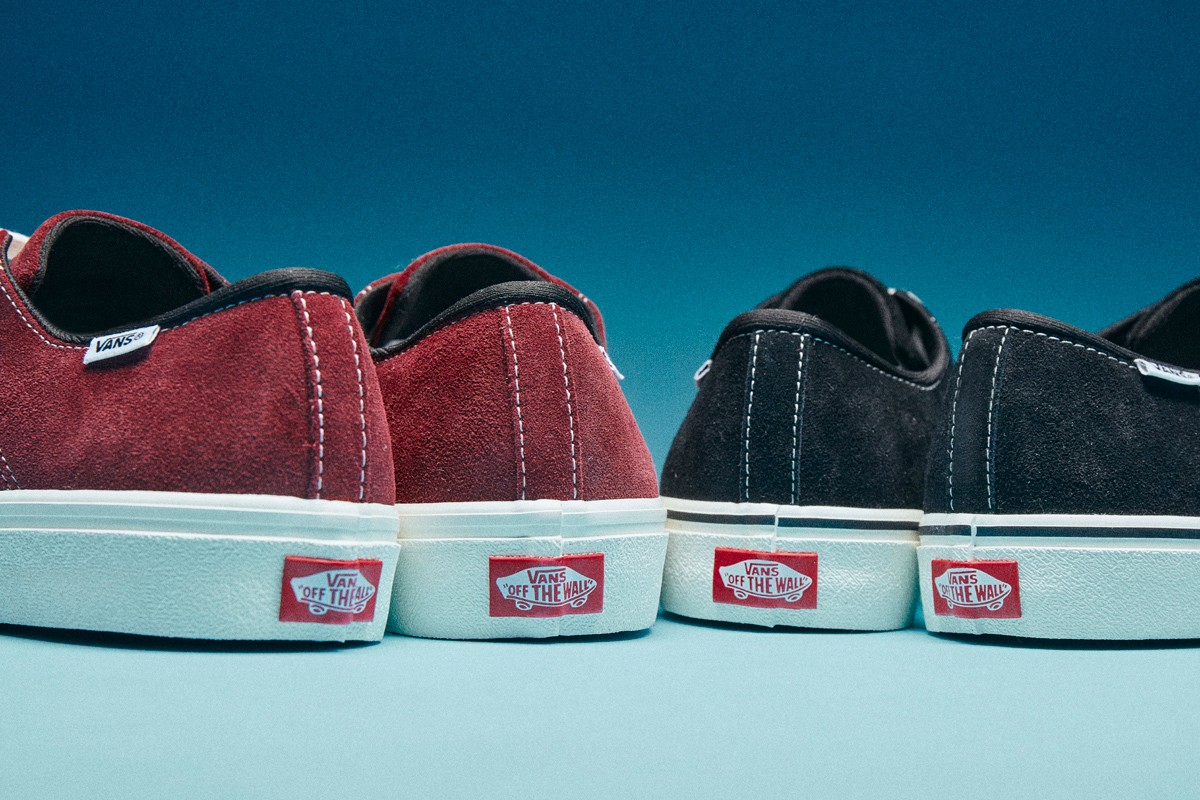 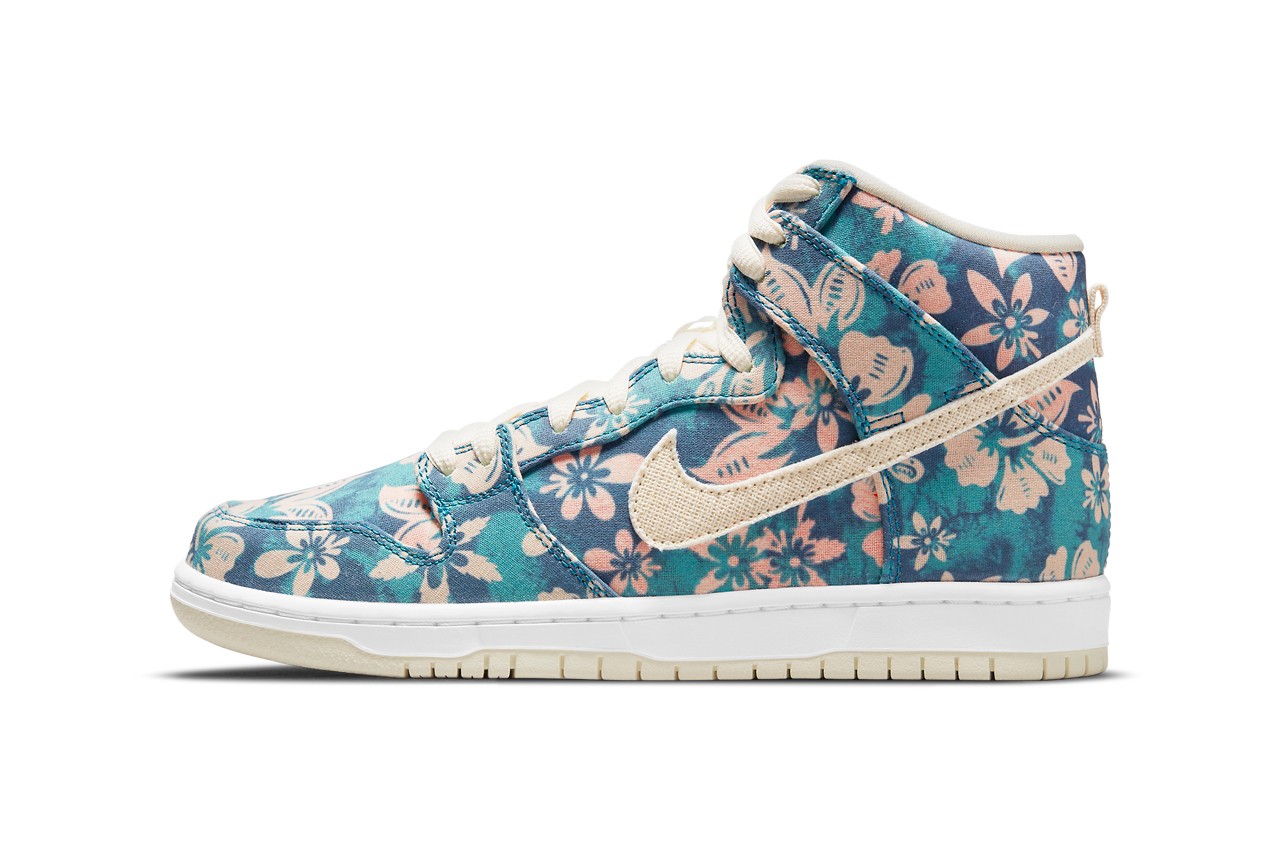 If you’re looking for a pair of vacation Dunks (who amongst us isn’t?) to rock on your coastal road trip (or a trip to Hawaii) this summer, then look no further than the aptly-named SB Dunk High Hawaii. Featuring a floral tear-away material upper that reveals a shaggy suede upper and palm tree print with an inner pocket for storing your drugs… I mean anything you’d use an inner pocket for… this feels creative and fun without trying too hard.

Seriously what the hell are these inner pockets for? Snacks? Keys? Change?

Nah, they’re for drugs. We see you, Swoosh.

The Nike SB Dunk High Pro Hawaii is set to drop on April 23rd for a retail price of $120. Pick up a pair via the Nike SNKRS app. 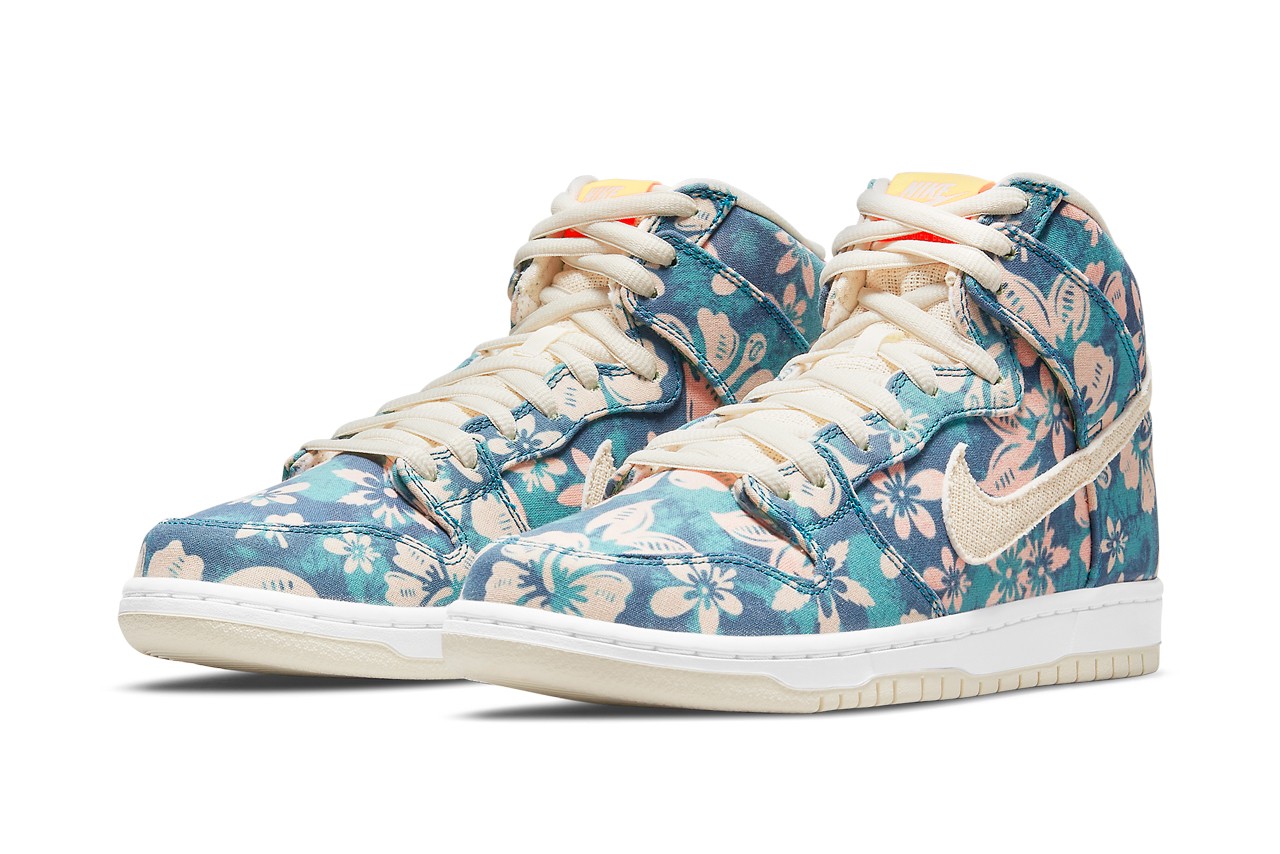 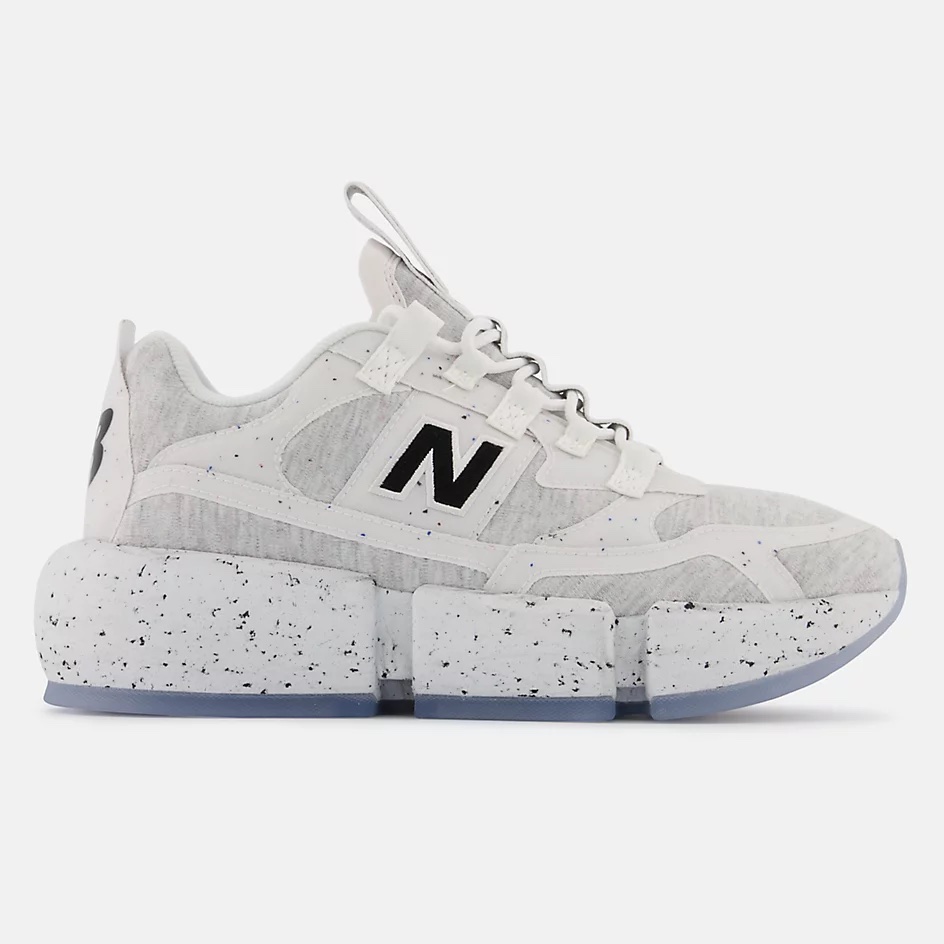 We’re big fans of Jaden Smith’s collaborations with New Balance, and this week brings a brand new iteration on the duo’s Vision Racer sneaker, dubbed the Vision Racer ReWorked. The ReWorked version features a Spinnex upper which utilizes 30% of surplus textile waste and gets its speckled midsole thanks to scrap TPU, rather than paint.

It’s hard not to see the influence of Nike’s Space Hippie collection here, but Smith and New Balance’s Vision Racer is a lot sleeker to look at.

The New Balance Vision Racer ReWorked is set to drop on Earth Day, April 22nd, for a retail price of $149.99. Pick up a pair at New Balance. 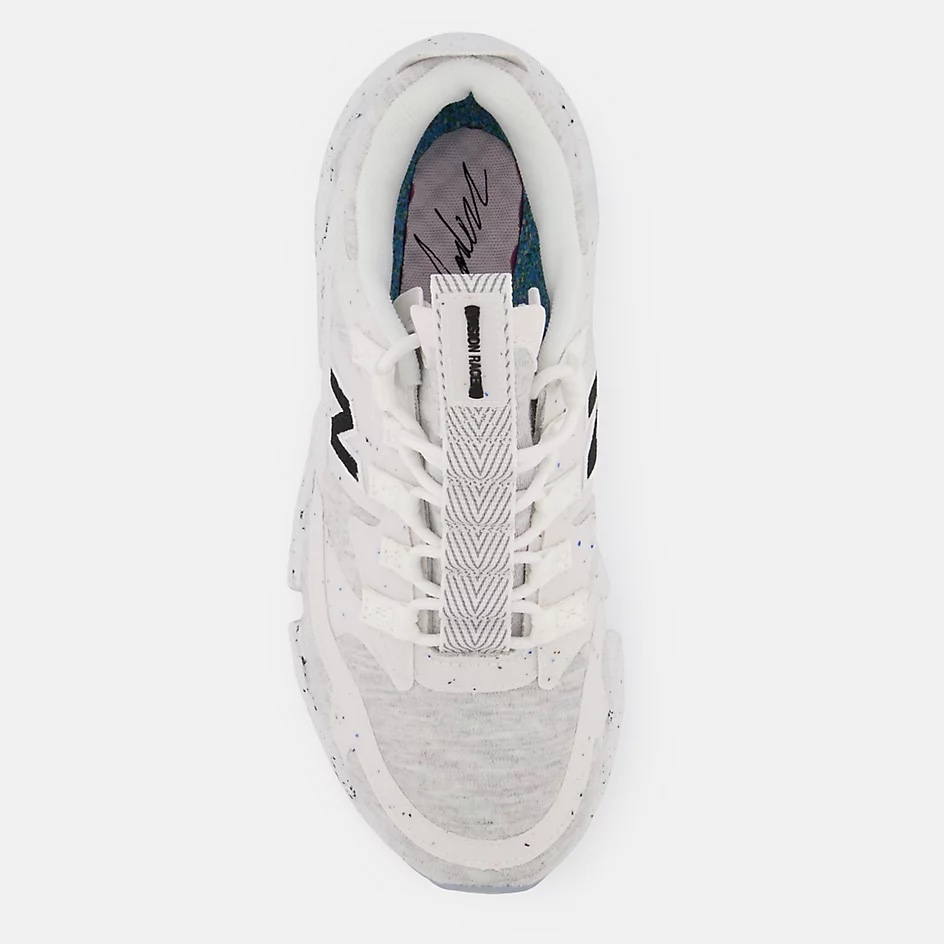 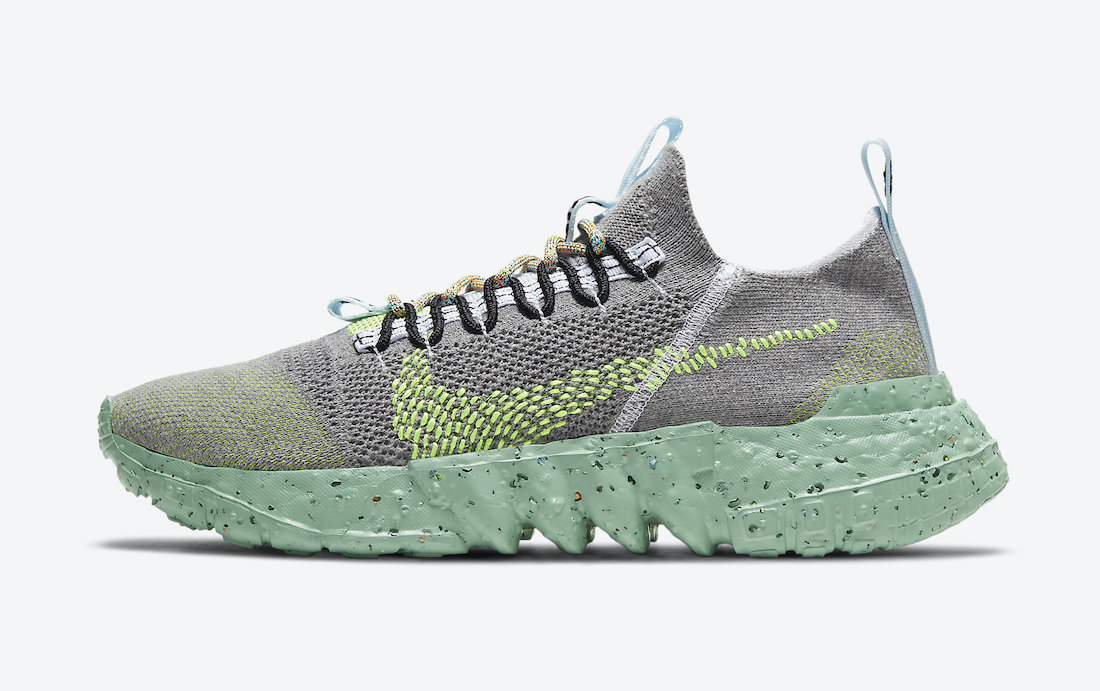 Last year we were huge fans of Nike’s sustainable Space Hippie collection of sneaker silhouettes and it looks like Nike is offering a third colorway collection this week, dubbed Healing Jade, beginning with silhouette 01.

These algae and jade-toned kicks are still composed of 50% recycled material by weight and feature a recycled polyester upper made from plastic bottles, t-shirts, and yarn scraps, with a Crater Foam midsole.

The Nike Space Hippie 01 Healing Jade is set to drop on April 24th for a retail price of $130. Pick up a pair via the Nike SNKRS app. 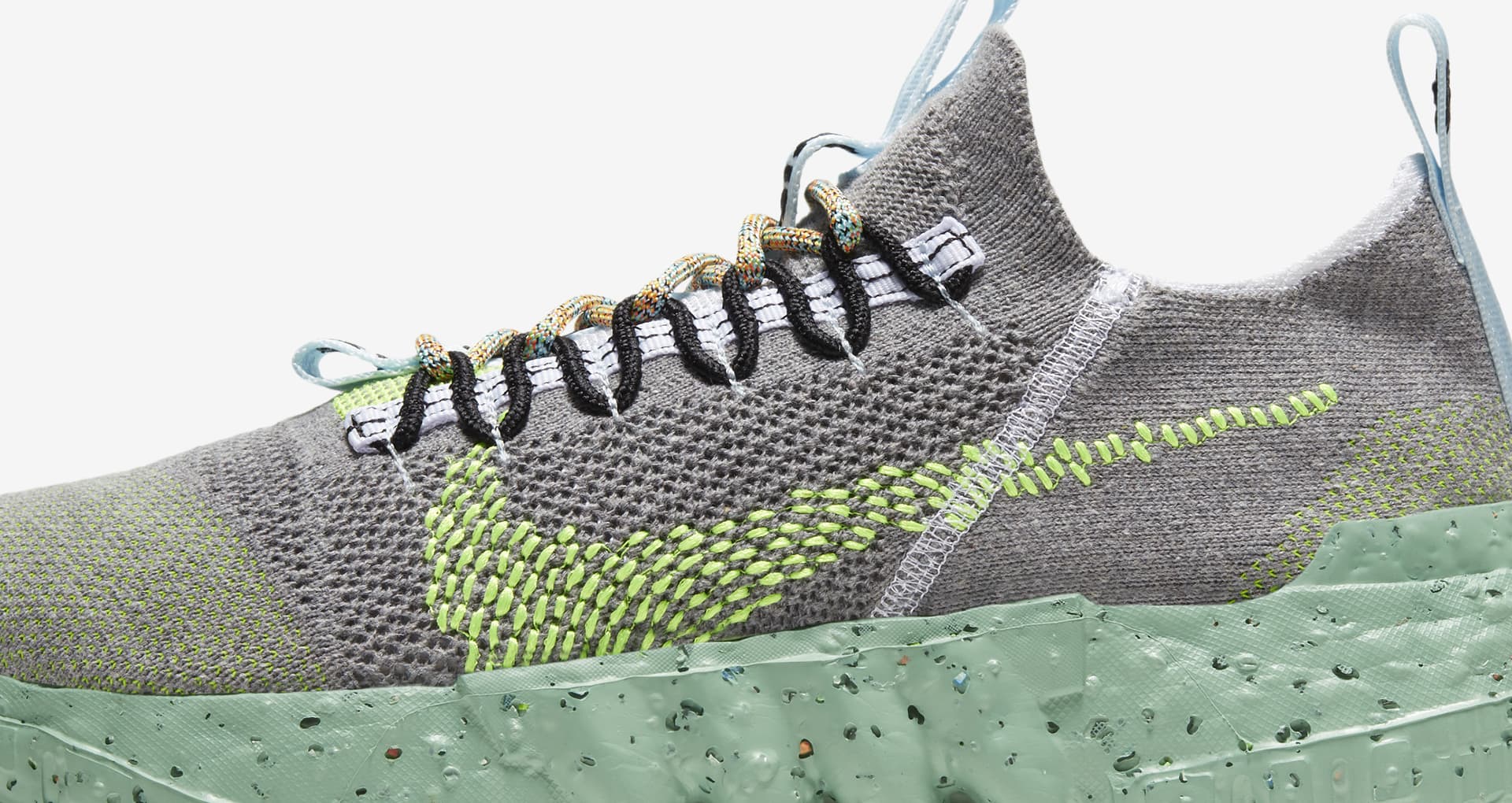 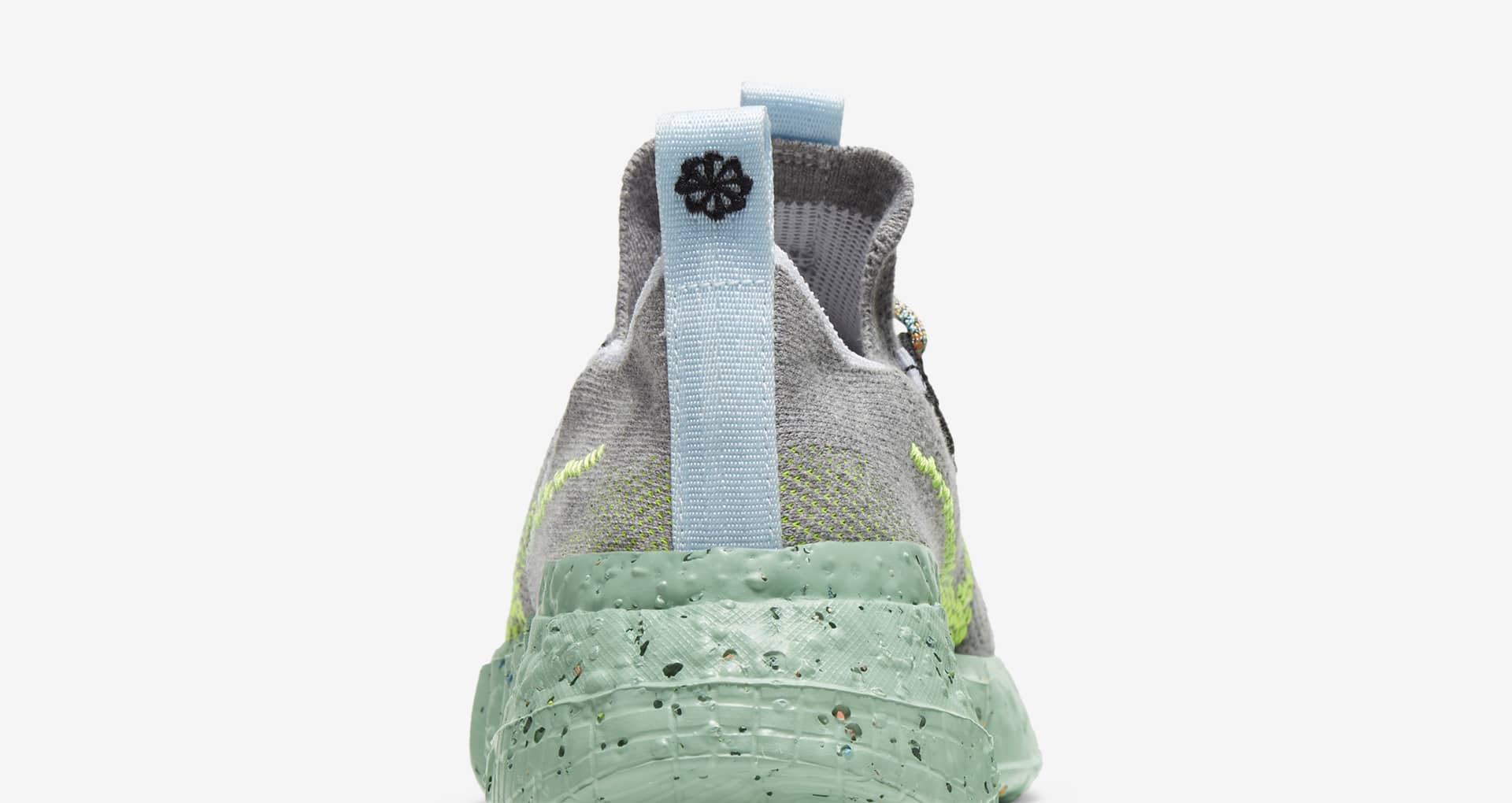 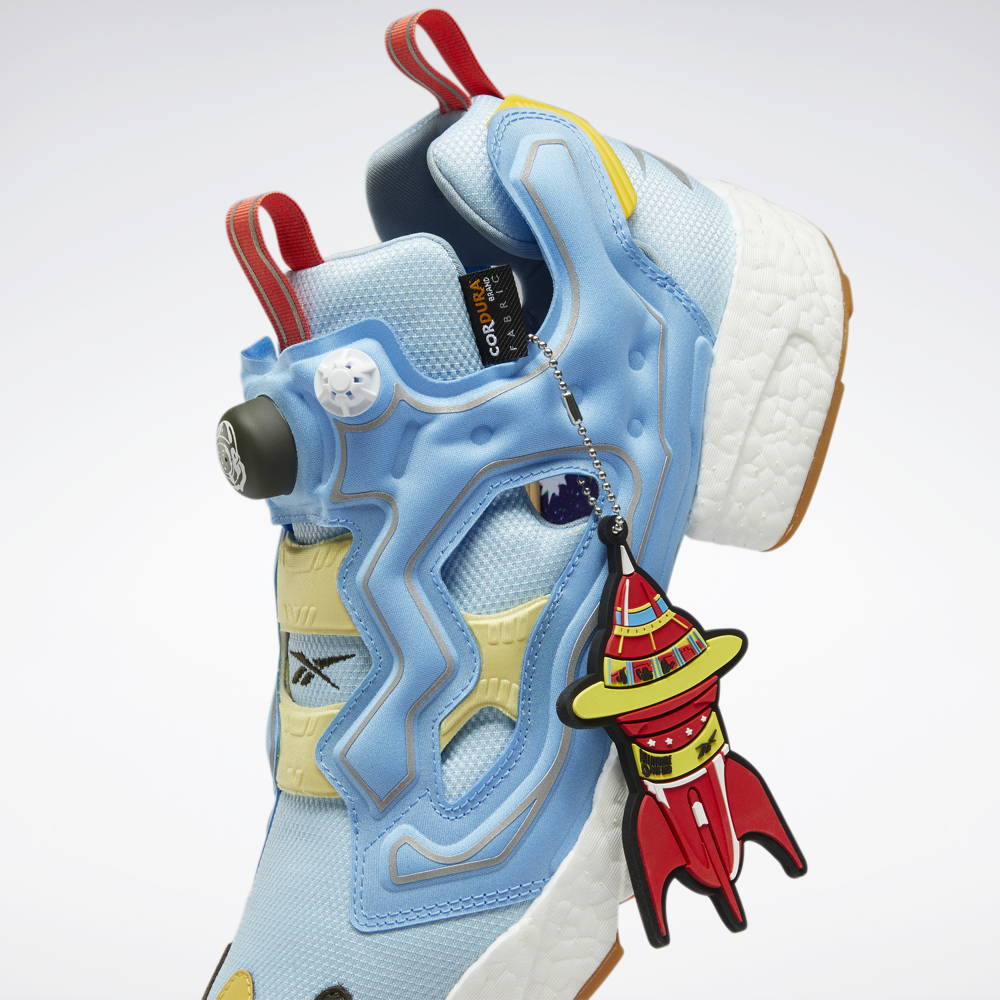 In our opinion, if you’re going to make an Instapump Fury (they have f*cking pumps on the tongue for Christ’s sake) you better enlist Billionaire Boys Club, because they’re the only label that can make this tired and gimmicky design actually look fresh.

I know I’m being hard on the Instapump, but I have a personal thing against gimmicky shoes, I also happen to hate the Nike SHOX (even though I definitely wanted a pair as a kid). Anywayyyyyy, this collaboration between Reebok and BBC drops in two Earth-themed colorways dubbed “Earth” and “Water” and feature a Cordura upper with reflective 3M detailing throughout, with BBC branding on the Pumps.

The BBC x REEBOK Instapump Fury BOOST is set to drop on April 23rd for a retail price of $200. Why didn’t they drop this on Earth Day? Who can say? Pick up a pair at the BBC webstore. 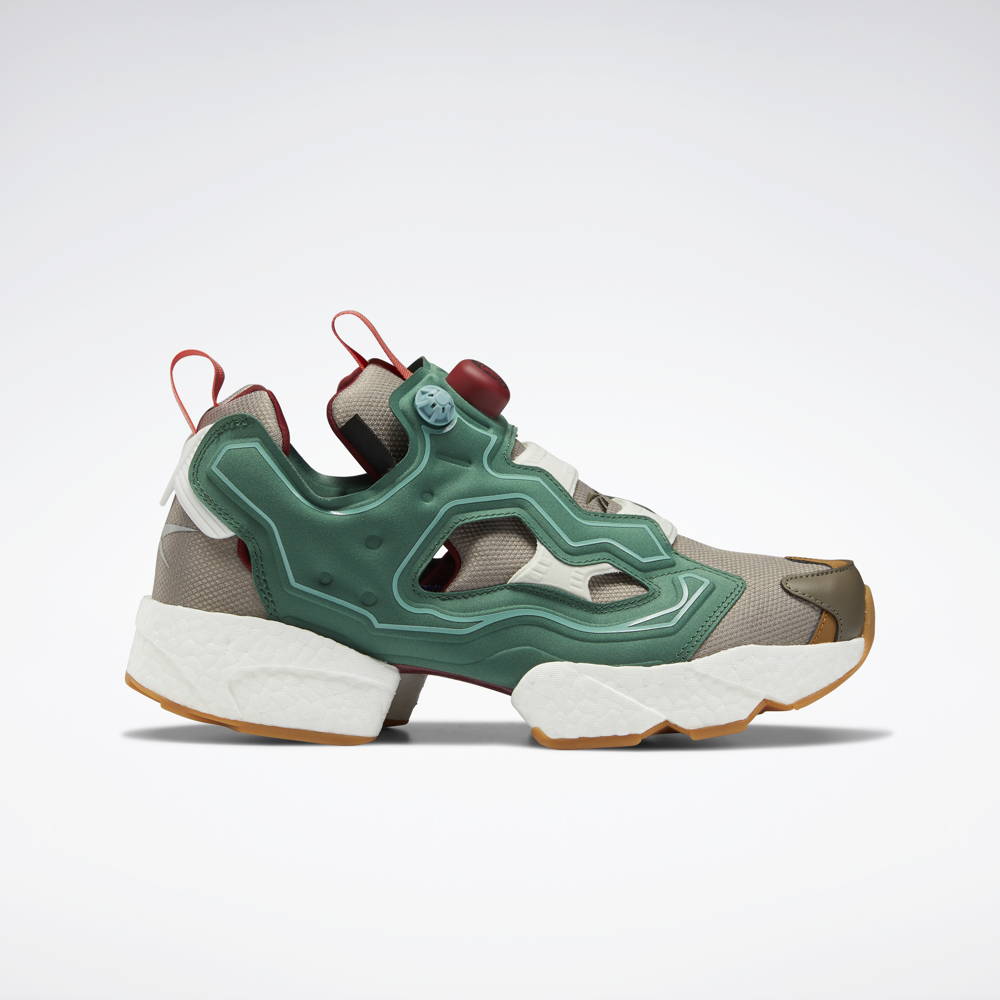 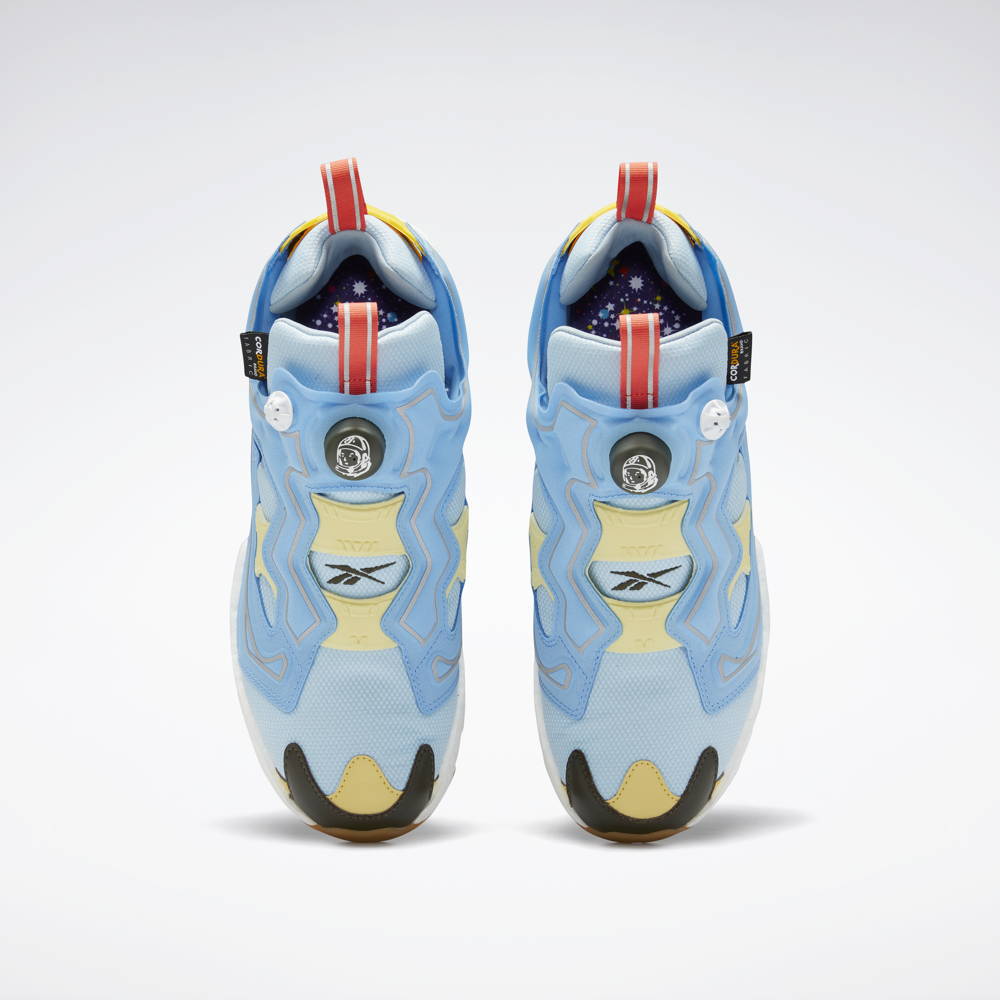 Disclaimer: While all of the products recommended here were chosen independently by our editorial staff, Uproxx may receive payment to direct readers to certain retail vendors who are offering these products for purchase.