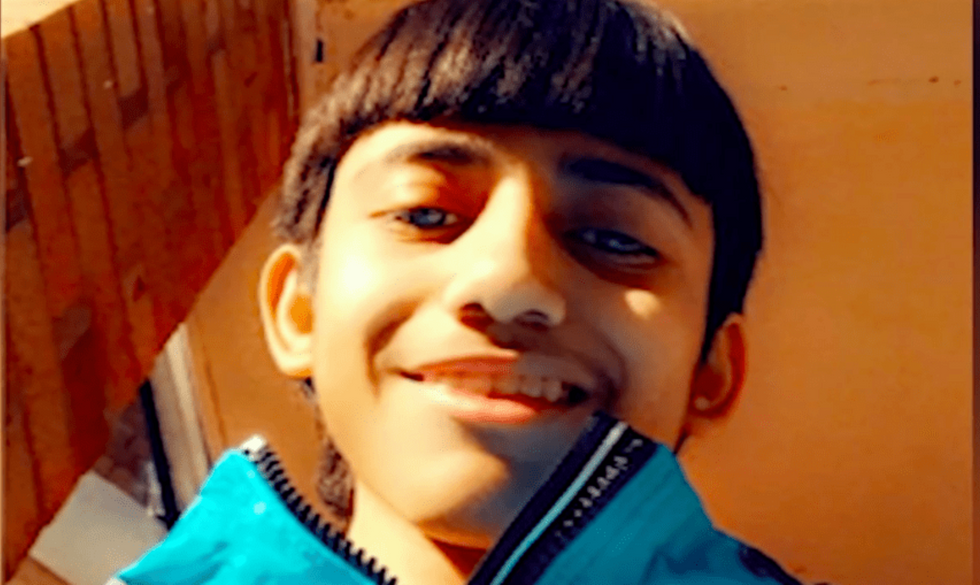 On Thursday, after weeks of protests and calls for answers and action, the Chicago Civilian Office of Police Accountability (COPA) released footage of the shooting death of 13-year-old Adam Toledo. Toledo was shot and killed by a Chicago Police officer on March 29, 2021, in the predominantly Latino community of Little Village. The video is graphic, and disturbing, and Adam Toledo is clearly a child. He runs from the police officer, who chases him down an alley with a chain-linked fence along the right side. Toledo stops at the fence, slightly turned away from the officer. The officer screams at him to turn around and Toledo turns around, his hands bare and both up in the air at his shoulders—and he is shot. Once in the chest.

Before releasing the video, Chicago Mayor Lori Lightfoot issued a public plea for calm, saying: “We must proceed with deep empathy and calm and importantly, peace,” and “No family should ever have a video broadcast widely of their child’s last moments, much less be placed in the terrible situation of losing their child in the first place.” The video was released with the consent of the Toledo family.

At the time of the shooting, the 13-year-old was called an “offender.” For two days, they didn’t inform his mother that her son had been killed by police. Police say they were responding to a “shot spotter” alert, a technology that triangulates the sound of gun shots. The Chicago Police even tweeted out an image of a gun against the fence where Toledo was killed, implying he was armed when the officer shot him. The unnamed police officer is reportedly on a month’s paid administrative leave.

As WGN 9 reported on Thursday before the release of the footage, “During a bond hearing for 21-year-old Ruben Roman, who was with Adam the night of the shooting, Cook County Assistant State’s Attorney James Murphy described the altercation in a proffer: ‘The officer tells [Toledo] to drop it as [Toledo] turns towards the officer. [Toledo] has a gun in his right hand.'” The WGN report came with the new information that the state’s attorney’s office said that the statement was made in error. This is what they actually said:

“An attorney who works in this office failed to fully inform himself before speaking in court.”

Then he should be fired or seriously censured I’m guessing, right? That’s a super big legal mistake. Prosecutors have also told the judge in that case that Toledo had gun residue on his right hand. Maybe that’s true? Maybe he was the one that set off the shot spotter? Maybe the fact that the Chicago police department and the state’s attorney’s office haven’t been honest at any step of this process means that I don’t believe them. The burden of proof is on them, not on Adam Toledo. Not on his mother, his grandfather, or the two siblings he leaves behind.

Adam Toledo was 13 years old. He was a seventh-grader at Gary Elementary School.

Adeena Weiss-Ortiz, Adam Toledo’s family attorney: “I don’t think it matters whether Adam is a choir boy, whether h… https://t.co/zMfHj1nifY — The Recount (@The Recount)1618520989.0