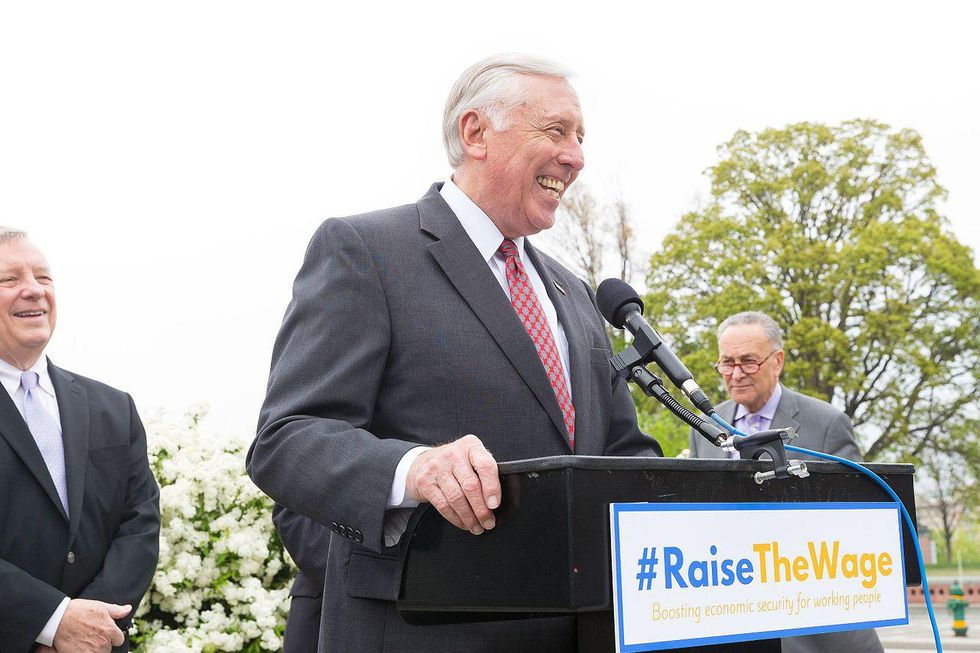 During the Biden era, some far-right Republicans in the House Freedom Caucus have resorted to a delaying tactic designed to create legislative gridlock in the U.S. House of Representatives. But according to Politico reporters Sarah Ferris, Melanie Zanona and Olivia Beavers, House Democrats believe they have found a “workaround.”

In an article published by Politico this week, the reporters explain, “The conservative firebrands have sought to make life difficult for Democrats in protest against what they say are efforts to shut out the minority party. But their tactics have made it virtually impossible for Democrats and Republicans to fast-track so-called suspension bills — noncontroversial measures that are critical to running the House — and instead, created a legislative slog.”

Ferris, Zanona and Beavers add that “under the response shaped by House Majority Leader Steny Hoyer, leaders of the far-right Freedom Caucus would no longer be able to effectively seize control of the floor by demanding individual votes on dozens of suspension bills and forcing members to vote late into the night.” Hoyer, according to the Politico reporters, “plans to package much of that broadly palatable suspension legislation into a single block on the floor, which he said would ‘save us somewhere in the neighborhood of seven-and-a-half hours’ of voting time.”

Politico quotes Hoyer as saying, “I expect to make a motion prior to us voting on any of the suspension bills that they be considered en bloc.”

Not all Republicans are happy with the delaying tactics that some members of the House Freedom Caucus have been resorting to. House Minority Leader Kevin McCarthy has complained that it does more harm than good.

The California Republican told Politico, “I’ve been meeting with Steny, and I went to the Freedom Caucus last night. We had a good discussion. They want to fight. They’re frustrated with everything that’s happening, and I get all that. But my point is: What’s the goal, what’s the strategy?”