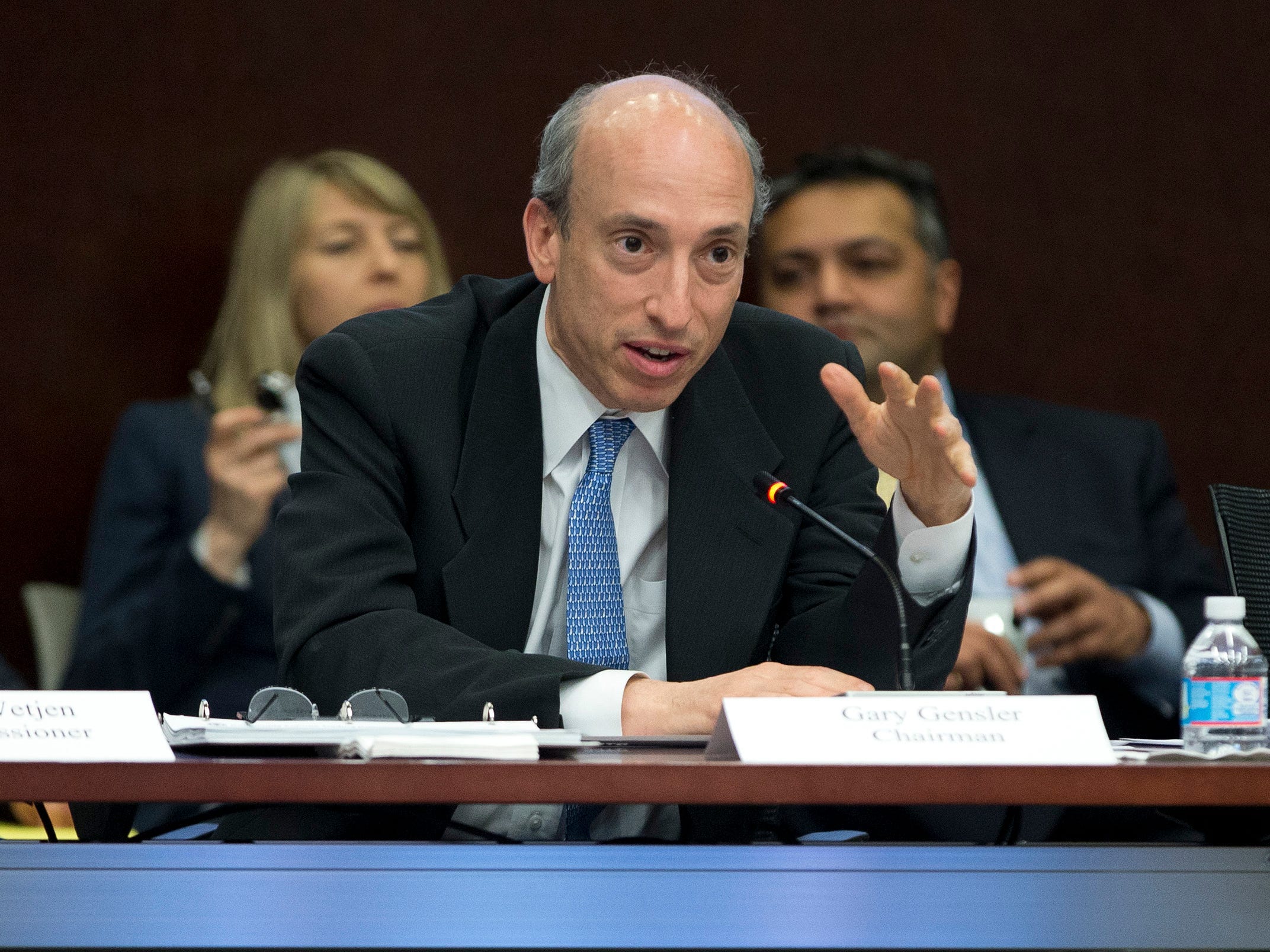 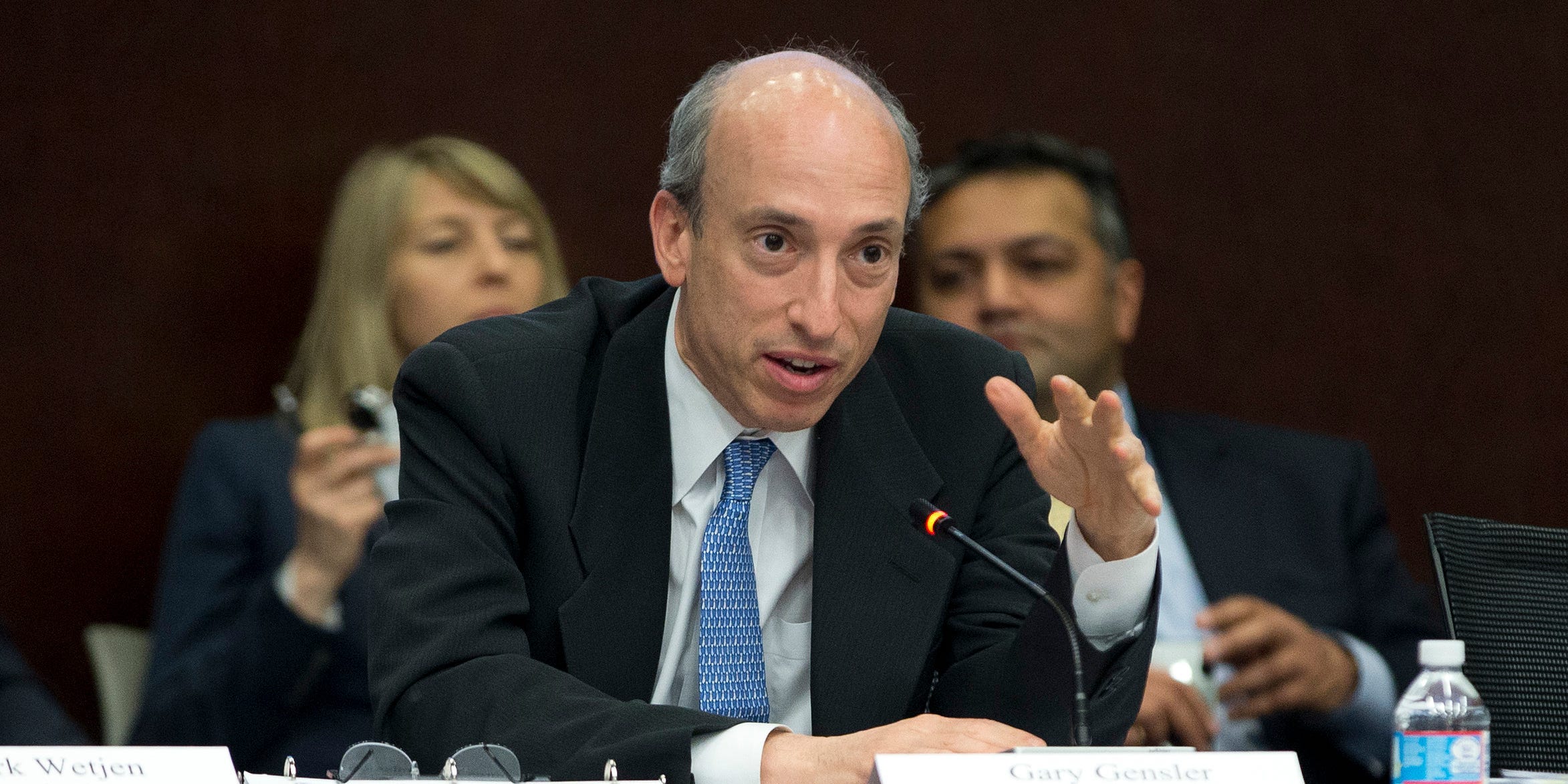 Gary Gensler is the new head of the Securities and Exchange Commission.

SEC chief Gary Gensler said new rules may be needed to tackle the 'gamification' of trading.
He raised concerns that popular trading apps could be prompting people to make bad decisions.
Apps like Robinhood argue they have opened up investing to new groups in society.
Sign up here for our daily newsletter, 10 Things Before the Opening Bell.

New rules may be needed to tackle the “gamification” of trading on popular apps, which can prompt users to make bad investing decisions, according to the new head of the Securities and Exchange Commission.

Gary Gensler said in written testimony to Congress on Wednesday that many of the US's regulations on trading were created before fast and commission-free apps started to dominate the retail investing landscape.

In particular, Gensler expressed concern about the “gamification” of retail trading. Apps are increasingly using features like points, rewards, leaderboards, bonuses and competitions to boost user engagement, he said.

Gensler is set to appear before the House Committee on Financial Services on Thursday, as part of its investigation into January's GameStop saga, which saw retail traders unite to pump up the video game store's stock.

Some lawmakers have become concerned about the influence of Robinhood, the commission-free trading app that has boomed in popularity and was at the centre of January's volatility.

The new boss of the SEC – the powerful regulator that oversees US financial markets – said the gamification of trading could be costly to users.

“If we watch a movie that a streaming app recommends and don't like it, we might lose a couple of hours of our evening,” he said.

“Following the wrong prompt on a trading app, however, could have a substantial effect on a saver's financial position. A big loss could have immediate implications for the app user's ability to afford their rent or pay other important bills. A small loss now could compound into a significant loss at retirement.

“Many of these features encourage investors to trade more. Some academic studies suggest more active trading or even day trading results in lower returns for the average trader.”

Gensler said these issues may require new rules. “Many of our regulations were largely written before these recent technologies and communication practices became prevalent. I think we need to evaluate our rules, and we may find that we need to freshen up our rule set.”

The House will begin the third of its hearings into the GameStop saga on Thursday. It is particularly focused on the impact of modern trading apps and the power they can have, after many of them suspended trading and shut out users during January's market volatility.

Apps like Robinhood argue their popular and easy-to-use platforms have broken down barriers to investing.

Speaking before the House during an earlier part of the hearing in February, Robinhood CEO Vlad Tenev said: “The mobile app provides the intuitive experience customers want, while also providing them with tools and information to learn about investing and keep tabs on their finances.”

Health-Care Workers Are Bragging on TikTok About Forging Vax Cards