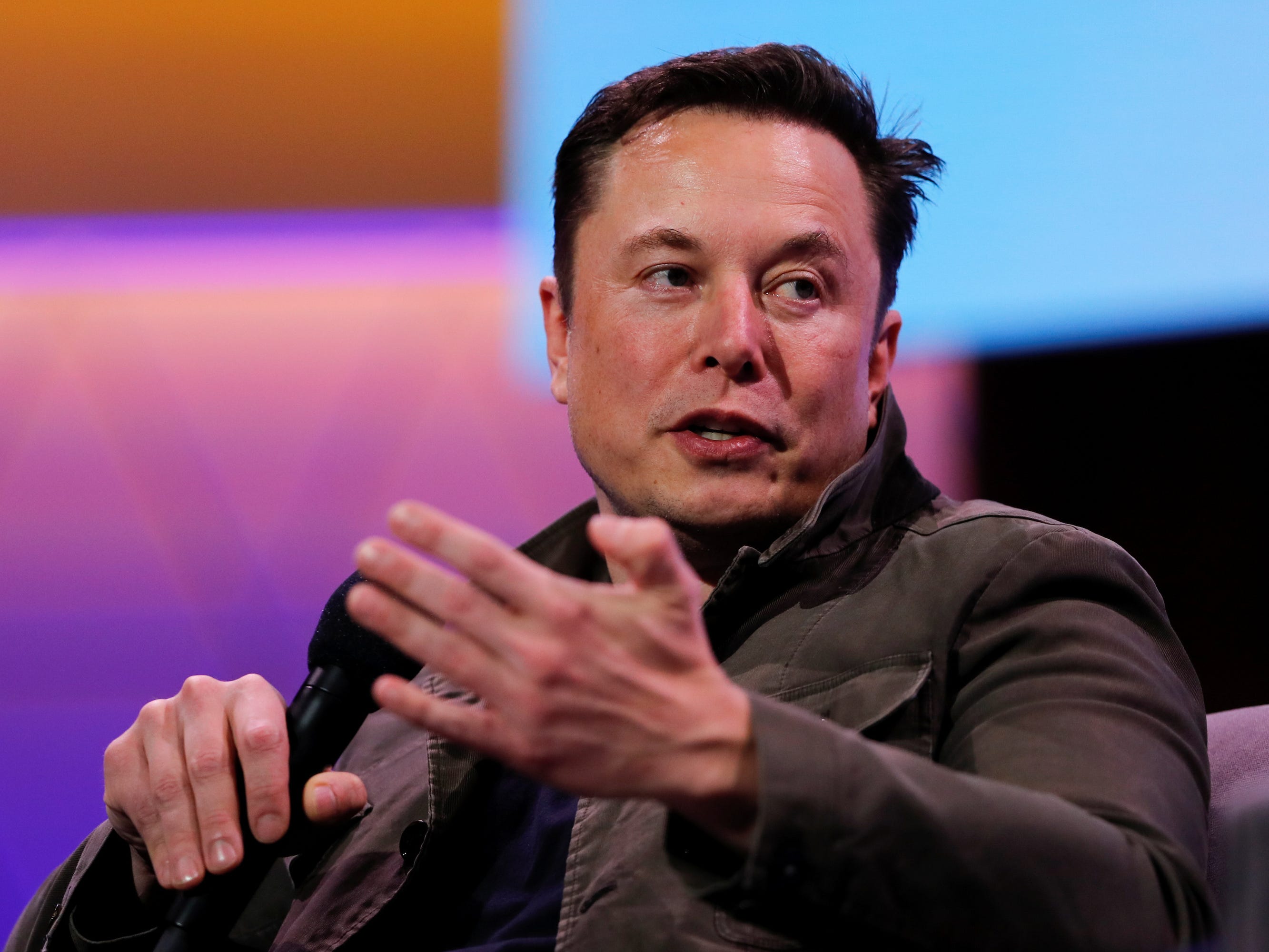 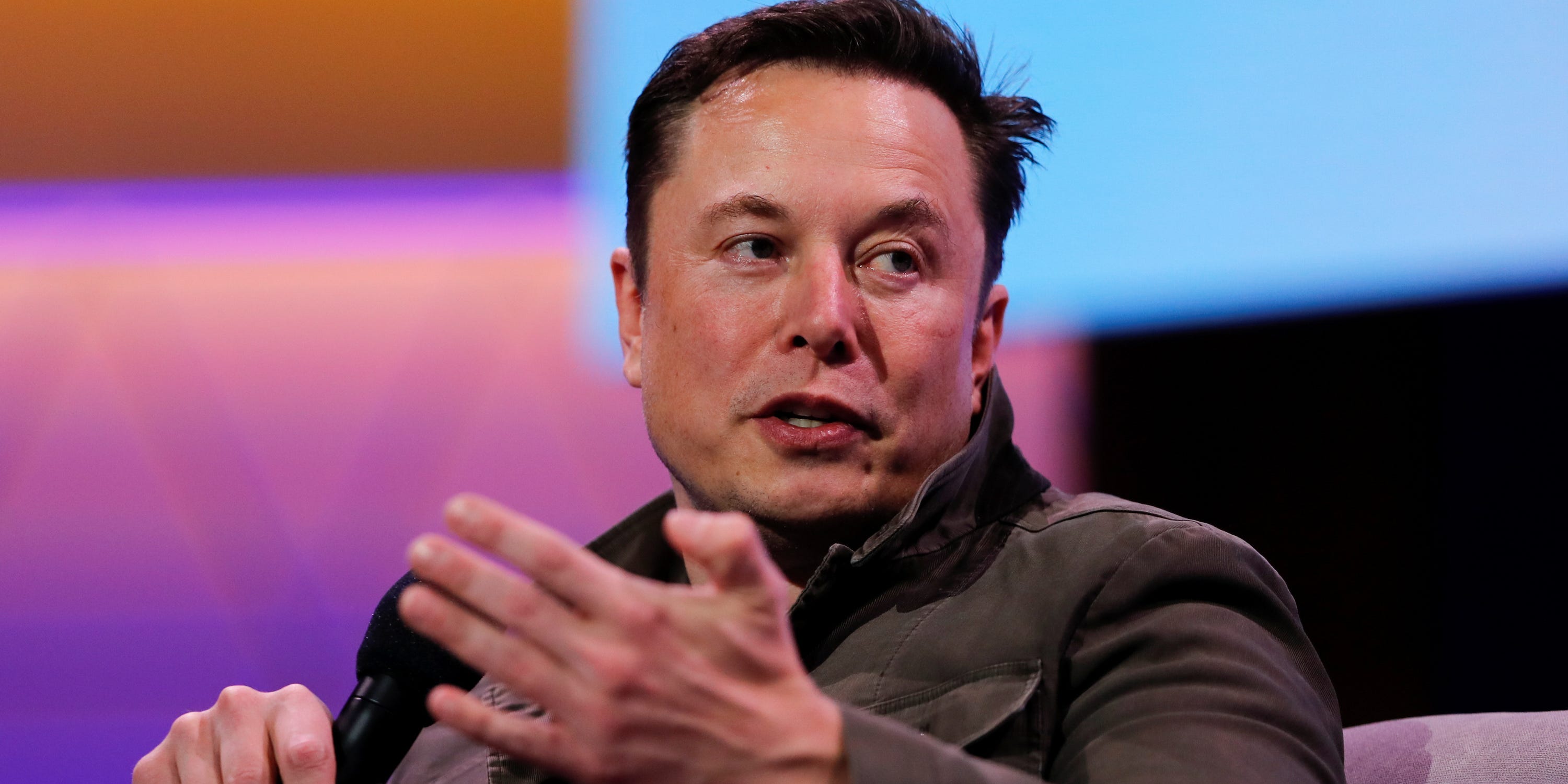 Dogecoin's spectacular rise this year has led to one so-called whale's position ballooning to $22 billion in value.A single digital wallet currently owns 36.7 billion dogecoin, or 28% of the cryptocurrency's entire supply.Elon Musk warned back in February that the biggest risk to dogecoin is its extreme concentration among just a few holders.Sign up here for our daily newsletter, 10 Things Before the Opening Bell.

Elon Musk warned in February that the biggest risk facing dogecoin is it's extreme concentration among just a handful of digital wallets.

That warning is back in focus following dogecoin's more than 12,000% year-to-date rally, as the top holder now owns $22 billion worth of the meme-inspired cryptocurrency, according to data from Bitinfocharts as of Friday afternoon.

Dogecoin address DH5yaieqoZN36fDVciNyRueRGvGLR3mr7L first began buying the cryptocurrency on February 5, 2019 when it was trading at $0.0018 per coin, and currently owns 36.7 billion dogecoins. Dogecoin is up 34,567% since that first purchase back in 2019, with it currently trading at $0.62.

“If major Dogecoin holders sell most of their coins, it will get my full support,” Musk said in a tweet on Valentines day. “Too much concentration is the only real issue imo [in my opinion]. I will literally pay actual $ if they just void their accounts.”

Despite the risk, Musk continues to root for dogecoin, both on twitter and off. Dogecoin's endorsement from Musk, and other celebrities, has likely helped spark buying demand from traders and investors that want to get in on the joke.

That will all come to a head this weekend, with Elon Musk set to host Saturday Night Live for the first time ever. Many anticipate Musk will wade into dogecoin during the episode, further boosting its price.

As to who is behind the massive whale account of dogecoins, no one is sure but many are guessing. Robinhood was believed by some to potentially own a large chunk of dogecoin, but CEO Vlad Tenev put that rumor to rest on Thursday.

Some online forums have pointed to the “dogefather” himself, Elon Musk, as being behind the dogecoin whale account. This idea mainly stems from three separate transactions in the whale's wallet that each added 28.061971 dogecoin's, which reference Elon Musk's birthday of June 28, 1971.

Read more: A crypto wallet founder breaks down how he secured $60 million within 5 days from investors wanting to back tokenized shares – and how he almost became a 'Doge millionaire'

But given Musk's warning on concentration risk and the fact that these transactions occurred in February, when Elon Musk was often tweeting and talking about dogecoin, these transactions were likely an homage to Musk rather than completed by Musk himself.

Whether Musk's SNL appearance helps dogecoin reach the $1.00 level so many TikTok users are praying for will likely be known well before the identity of the cryptocurrency's biggest whale.

“Arguably the most entertaining outcome, the most ironic outcome, would be that Dogecoin becomes the currency of Earth of the future,” said Musk.

Source: A mysterious Dogecoin whale now owns $22 billion of the meme-inspired cryptocurrency – and a warning made by Elon Musk in February is suddenly back in focus

Chinese-Americans poured more than $80,000 into a Proud Boy crowdfunder before Jan 6 insurrection