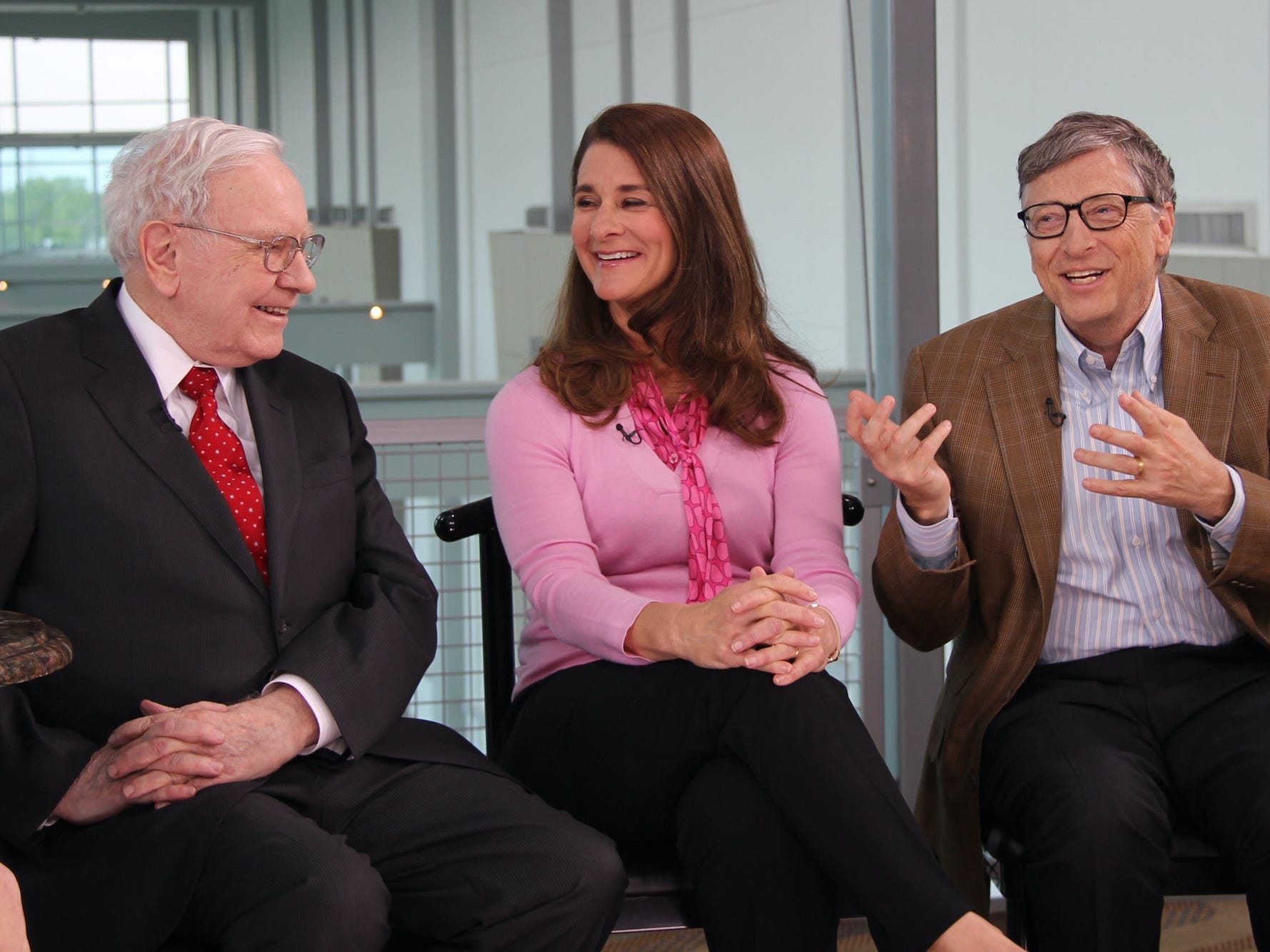 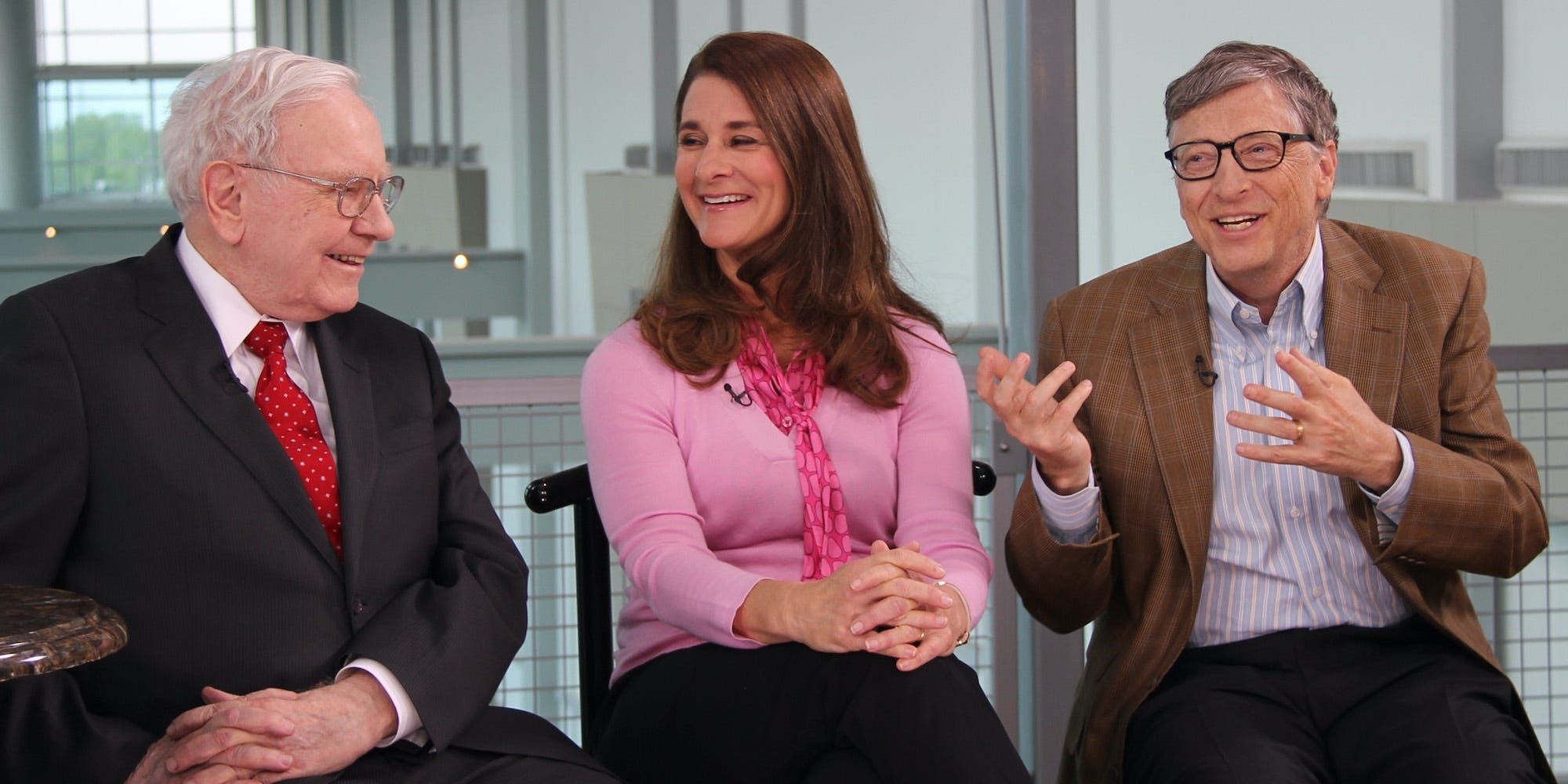 Warren Buffett, Melinda Gates, and Bill Gates in an interview in May 2015.

The Gates announced they were divorcing on May 3, two days after Berkshire Hathaway's annual meeting.
“They spared Warren [Buffett] having to deal with it,” a close associate told The New York Times.
Buffett is a trustee of the Gates Foundation, a big donor, and a longtime friend of Bill Gates.
See more stories on Insider's business page.

Bill and Melinda Gates may have timed their divorce to avoid creating issues for Warren Buffett according to a report in The New York Times on Saturday.

Buffett is a close friend of the Gateses and a partner in their foundation. The biggest day in his calendar is the Berkshire Hathaway annual meeting for shareholders, where Buffett takes questions and grabs headlines.

The Gates announced they were divorcing on May 3, two days after the 2021 meeting. According to The Times, this was to avoid Buffett having to field any Gates-related questions at the event.

“They spared Warren having to deal with it, by waiting until after his annual meeting,” an unnamed source described as an associate told the newspaper.

Buffett and Bill Gates, the world's sixth- and fourth-richest men respectively, according to Forbes, have been friends for three decades.

They first met at a get-together organized by Gates' mother Mary in July 1991, which both billionaires were hesitant to attend. But they immediately hit it off.

Gates served for 16 years on Berkshire Hathaway's board before leaving last year to focus on his foundation.

In 2006, Buffett announced plans to give away most of his then $44 billion fortune to the Gates Foundation, and is now the third trustee of the charity.

As of last July, he had donated a total of $37.4 billion to charity. According to Reuters, some 80% of that was to the Gates Foundation, with the rest going to organizations run by his children, or to the Susan Thompson Buffett Foundation, named after his late wife.

What it means to waive vaccine patent rights