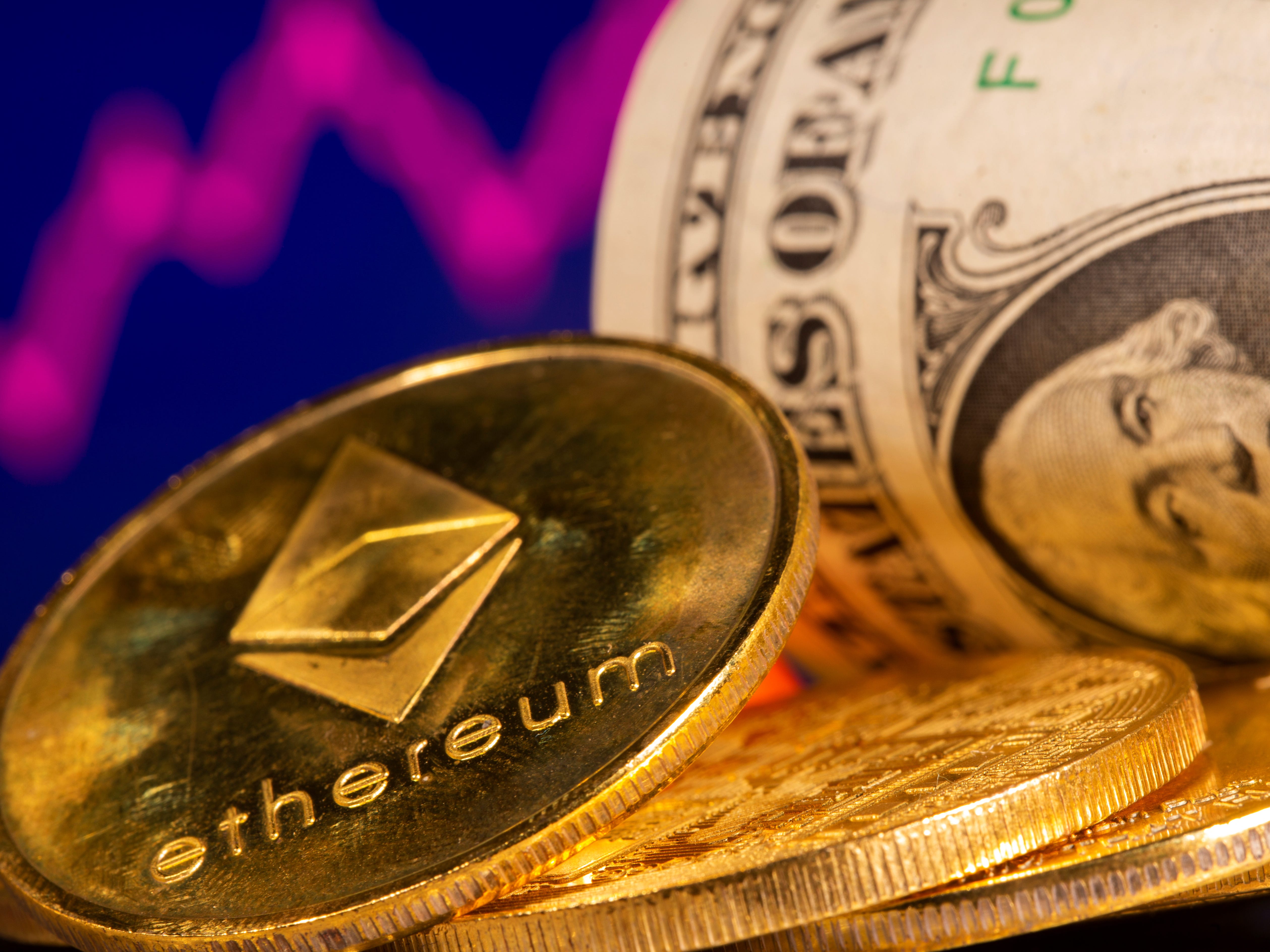 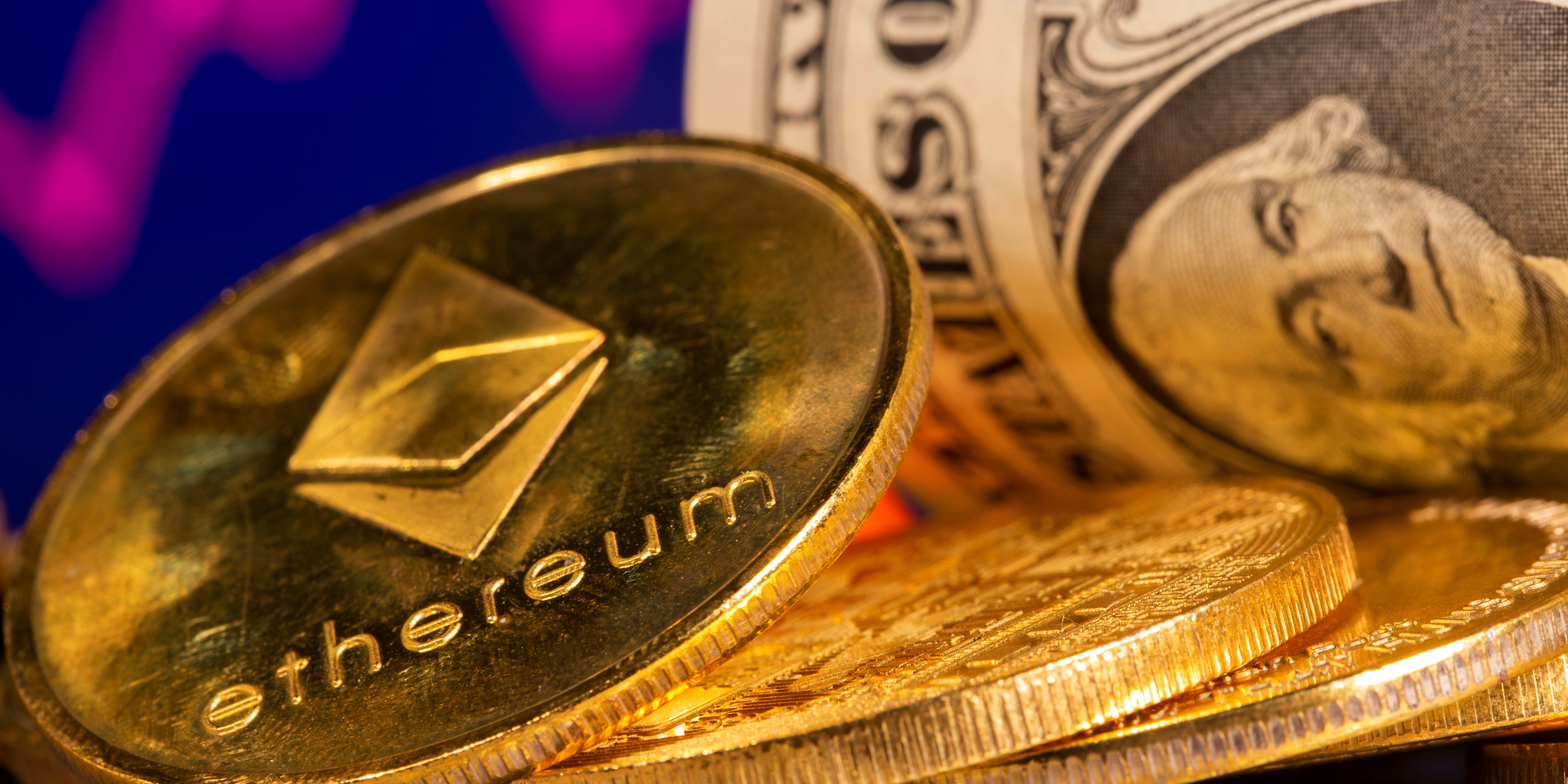 The cryptocurrency ether runs on the Ethereum network.

Network activity suggests ether should be around 75% lower at around $1,000, JPMorgan said.
The bank's analysts said institutional interest and network changes were boosting the price.
But they said ether seemed to have diverged from measures of network activity.
Sign up here for our daily newsletter, 10 Things Before the Opening Bell.

Measures of network activity suggest that ether – the cryptocurrency on the Ethereum network – should be trading as much as 75% lower than its Monday price at around $1,000, JPMorgan analysts have said.

The bank published a note on Friday that said the recent boom in ether had taken the price above fair value, according to some measures. Ether has soared more than 450% over the past year to a record high above $4,100 on Monday.

JPMorgan's analysts, led by Nikolaos Panigirtzoglou, said measures of computing power and activity on networks can help assess the fair value of cryptocurrencies.

“Essentially, a larger network of users and miners makes the underlying blockchain more secure, and implies greater acceptability of the cryptocurrency on that blockchain,” they said.

But the analysts said a simple assessment of mining activity and the number of unique active addresses on the Ethereum network suggested ether should be trading at around $1,000 – more than 75% below Monday's price.

“Prices appear to have diverged somewhat from the measures of network activity since the start of the year,” the analysts wrote.

However, they noted that there were a number of factors that had driven up ether since the start of the year – particularly growing institutional interest and upcoming network changes.

The analysts said the European Investment Bank's decision to use the Ethereum blockchain network to issue €100 million ($122 million) of bonds “is surely very significant, as it represents the endorsement of the ethereum blockchain by a major official institution.”

They said upcoming changes to the network that will see some ether coins burned are causing excitement, as they imply reduced supply of the asset.

But the report suggested ether investors may have gotten ahead of themselves by piling into the asset so quickly.

JPMorgan's note also said that the past few weeks have seen large increases in the market size of tokens including Binance Coin, dogecoin, litecoin, and Ethereum Classic.

“The share of bitcoin in total crypto market has fallen steeply over the past month from around 55% to below 35%, and outside of ethereum is likely driven more by retail demand,” the note said.

Source: Ether should be as much as 75% lower at around $1,000 based on network activity, JPMorgan says

Dubai’s Ruler Is Entangled in a Kentucky Derby Controversy