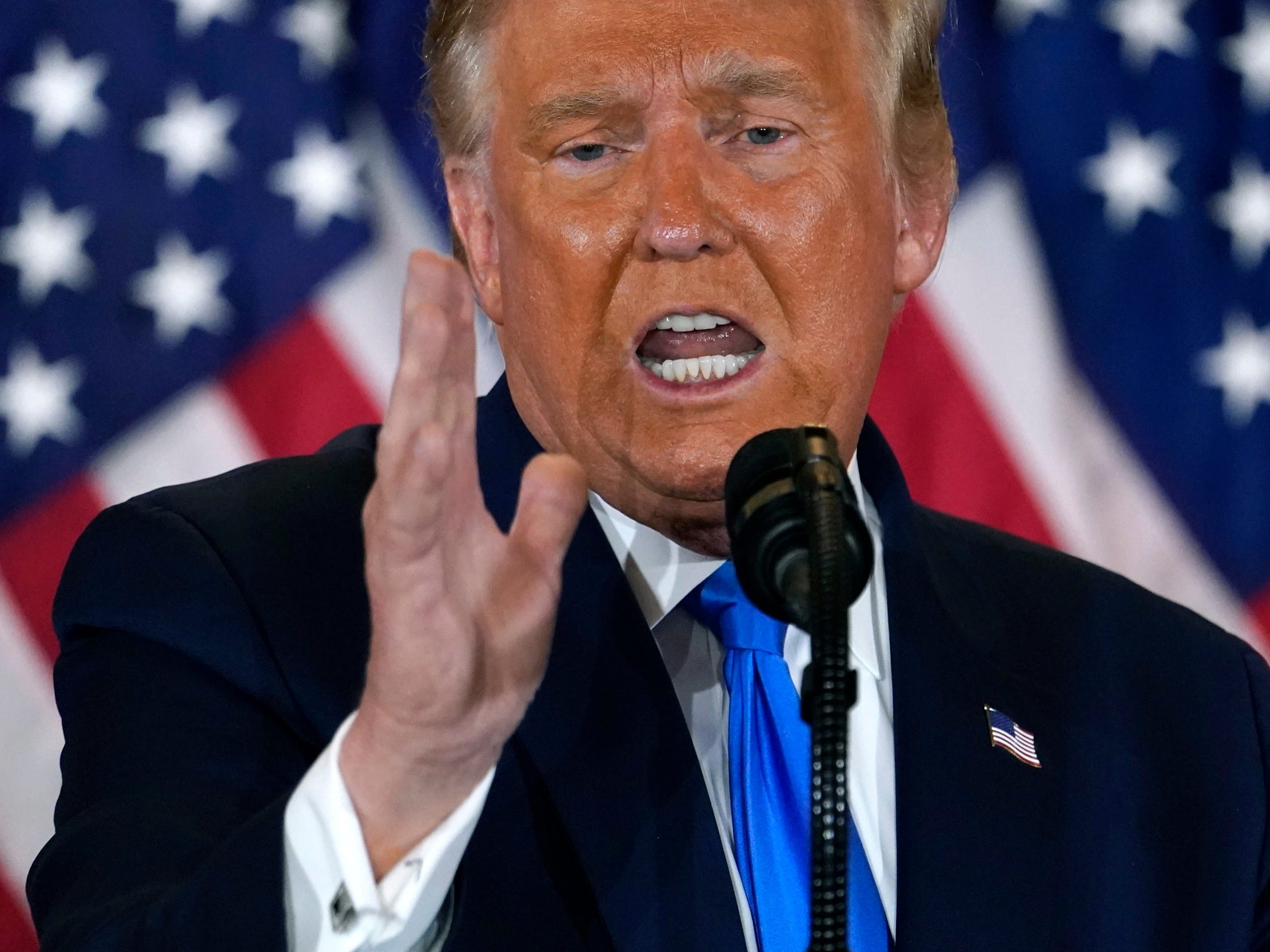 Parts of Trump's baseless election fraud claims started in 2018, The Washington Post reported.
Some of the claims originated with Texas businessman Russell Ramsland Jr. and his associates.
Trump allies like Sydney Powell met with associates of Ramsland in 2019.
See more stories on Insider's business page.

When former President Donald Trump lost the 2020 election he claimed it was because of voter fraud, citing claims that were initially started years ago by a Texas businessman, The Washington Post reported.

The Post reported that Russell Ramsland Jr. and his associates at Allied Security Operations Group began giving presentations to conservative lawmakers, activists, and donors that said audit logs in voting machines, the mechanisms that document the machine's activity, had indications of manipulation beginning in late 2018.

The allegations and claims about voting systems and fraud made by Ramsland and ASOG were unsubstantiated and widely debunked by data security experts.

Ramsland, a failed congressional candidate, attempted to find political candidates who had lost elections they believed they'd won to sell them on this idea, however, he didn't have much success until associates of Trump latched on to the claims, passing it along to Trump, who accepted and further spread claims that the machines were faulty.

In 2019, Ramsland began briefing GOP lawmakers and officials from the Department of Homeland Security on the idea that US election software was coming from Venezuela and that there would be efforts to manipulate votes in the 2020 election on a large scale, the Post reported.

While Trump and his associates, including lawyers Rudy Giuliani and Sydney Powell, continued to sow doubt about the security of the election, the DHS said there was no evidence of fraud and called it “the most secure in American history.”

Powell has used Ramsland's assertions in lawsuits she waged on behalf of Trump and Giuliani and had publicly claimed some of the assertions that started with Ramsland. Powell, the Post discovered, was also briefed by ASOG two years before the election.

Powell is now being sued by Dominion Voting Systems for $1.3 billion after she falsely claimed she had evidence the company “was created to produce altered voting results in Venezuela for Hugo Chavez.”

Altogether Trump and his associates lost all of the more than 40 lawsuits challenging the 2020 election results.

Ramsland told the Post that ASOG did give Powell and Giuliani research but said they never spoke with Trump directly.

He added that his companies perspective was “one of many voices” that expressed concerns about election system vulnerabilities.

Powell, through an attorney, told the Post that she did meet with a Ramsland ally but did not say if she directly spoke to him. Giuliani and his attorney did not respond to the Post's request for comment.

What it means to waive vaccine patent rights