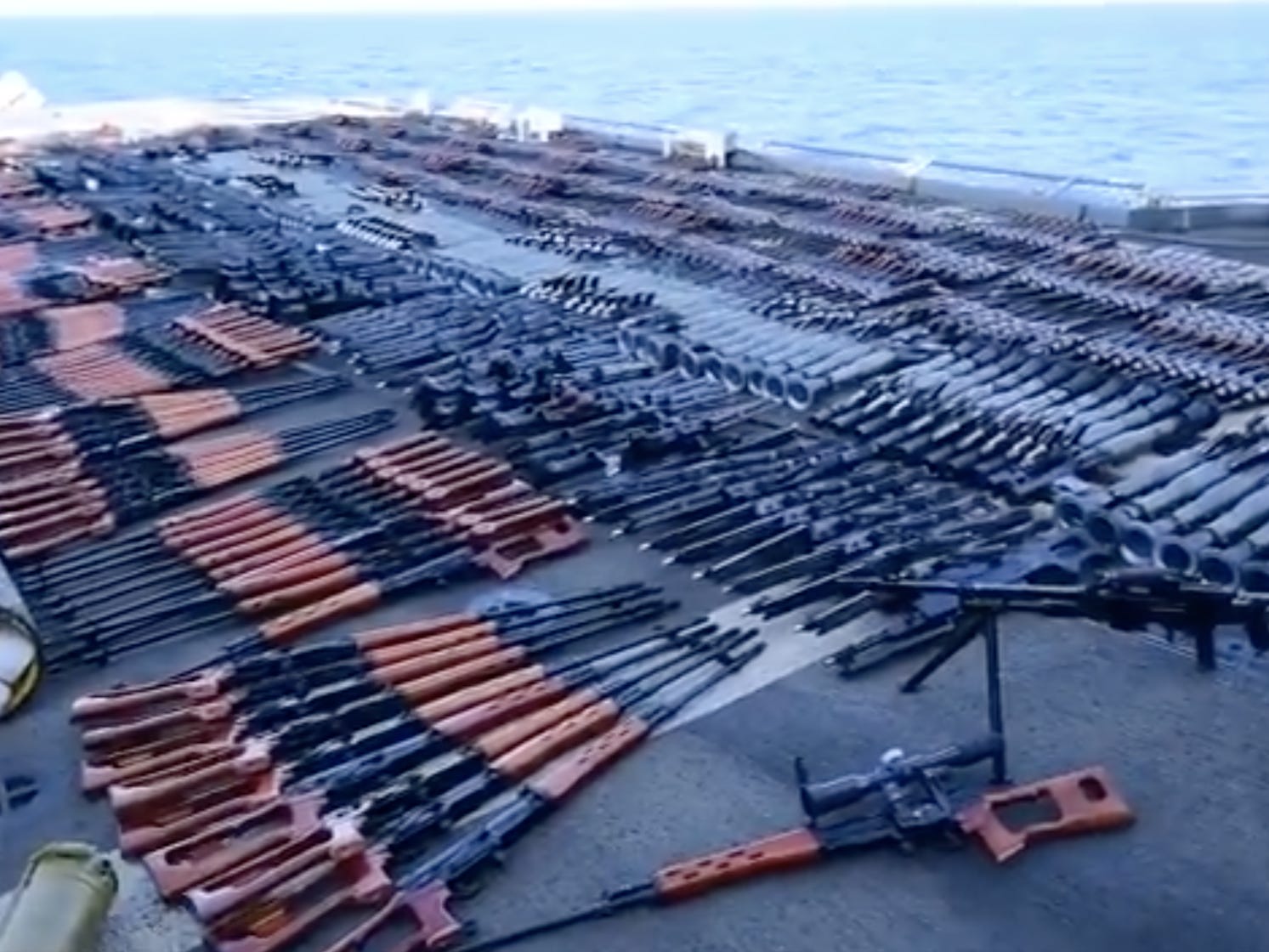 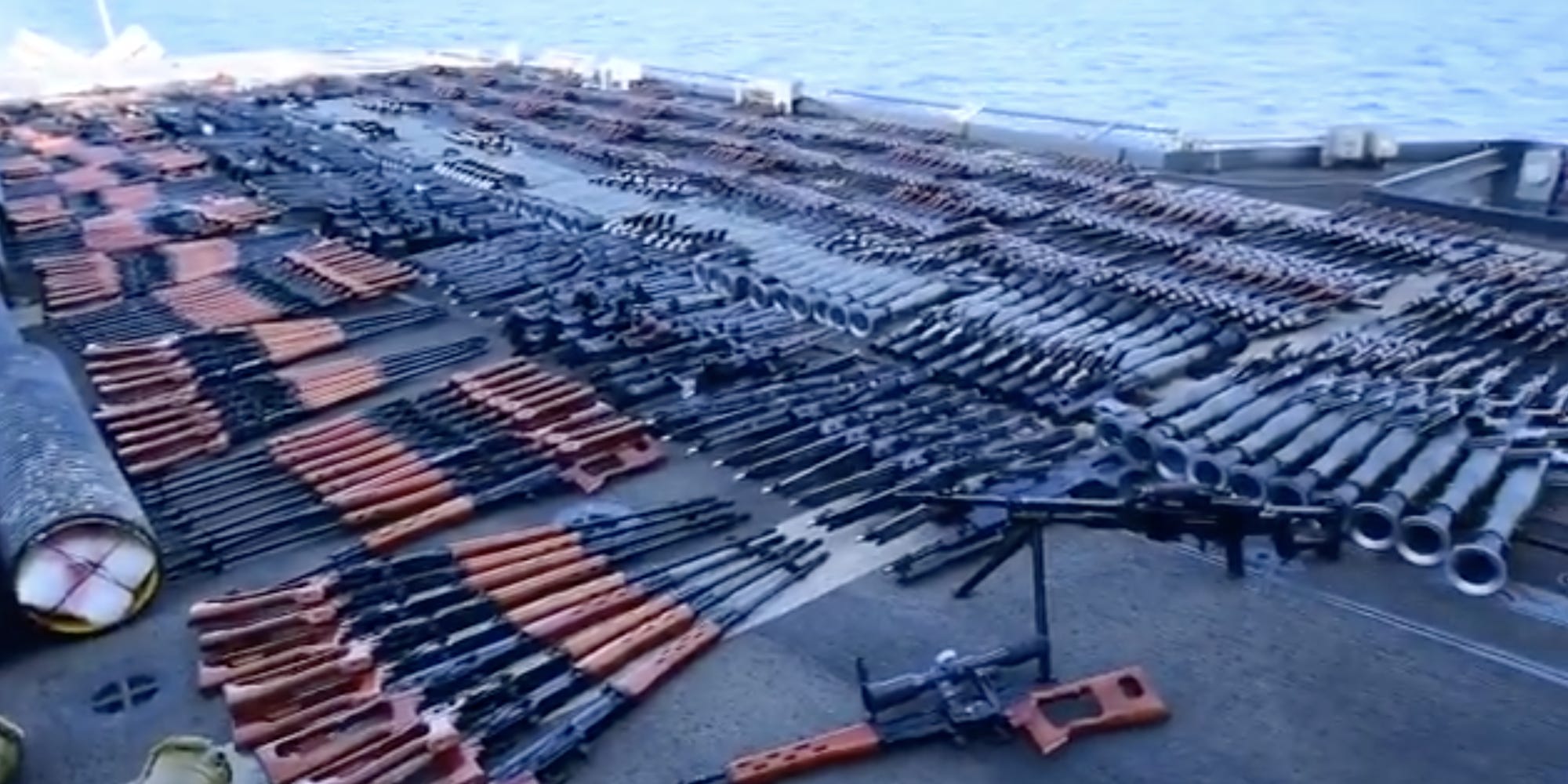 A screenshot from the video shared by the US Navy of the weapons on the USS Monterey.

The US Navy shared a video of weapons it seized, laid out on the deck of a missile cruiser.
The Navy said the arms were found hidden in a ship and were going to Yemen.
It said assault rifles, machine guns, sniper rifles and grenades launchers were included.
See more stories on Insider's business page.

The US Navy seized an illegal shipment of arms that was so big it covered much of the deck of a missile cruiser.

The Navy said on Sunday that it found the shipment hidden in a ship in the Arabian Sea as part of an operation that started on Thursday.

The U.S. Navy's Fifth Fleet shared a video of the guided-missile cruiser USS Monterey, which showed the weapons covering much of the deck:

To give a sense of scale, the Monterey is some 55 feet wide according to an online Pentagon database.

Images show as many as 12 weapons comfortably spaced barrel-to-barrel. 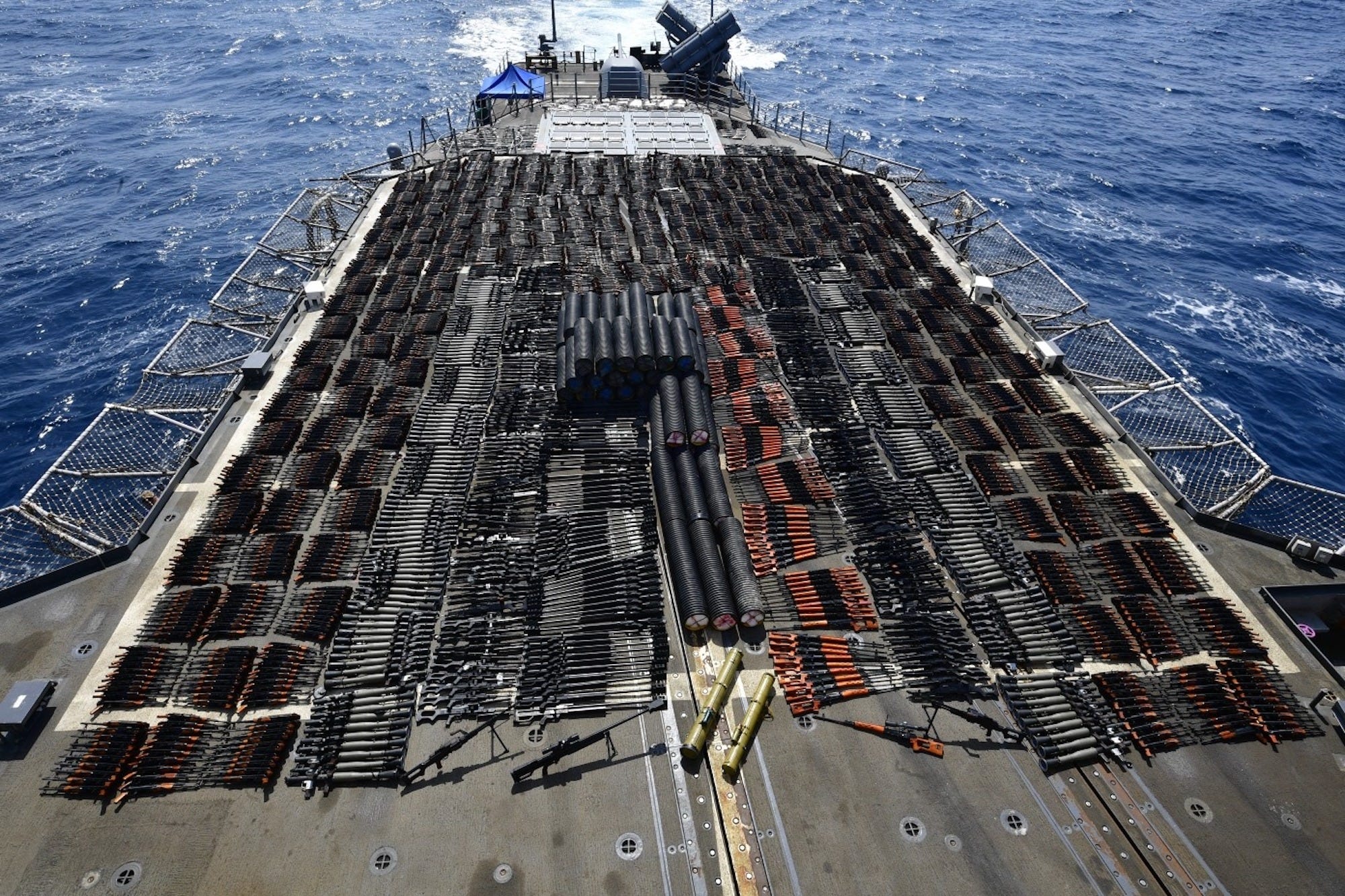 The US Navy shared a picture of the weapons found by the USS Monterey.

The Navy said that the weapons were bound for Yemen, but did not say where they came from.

Source: Video shows a US Navy haul of illegal weapons so big that the rifles, machine guns, and RPGs covered the deck of a missile cruiser