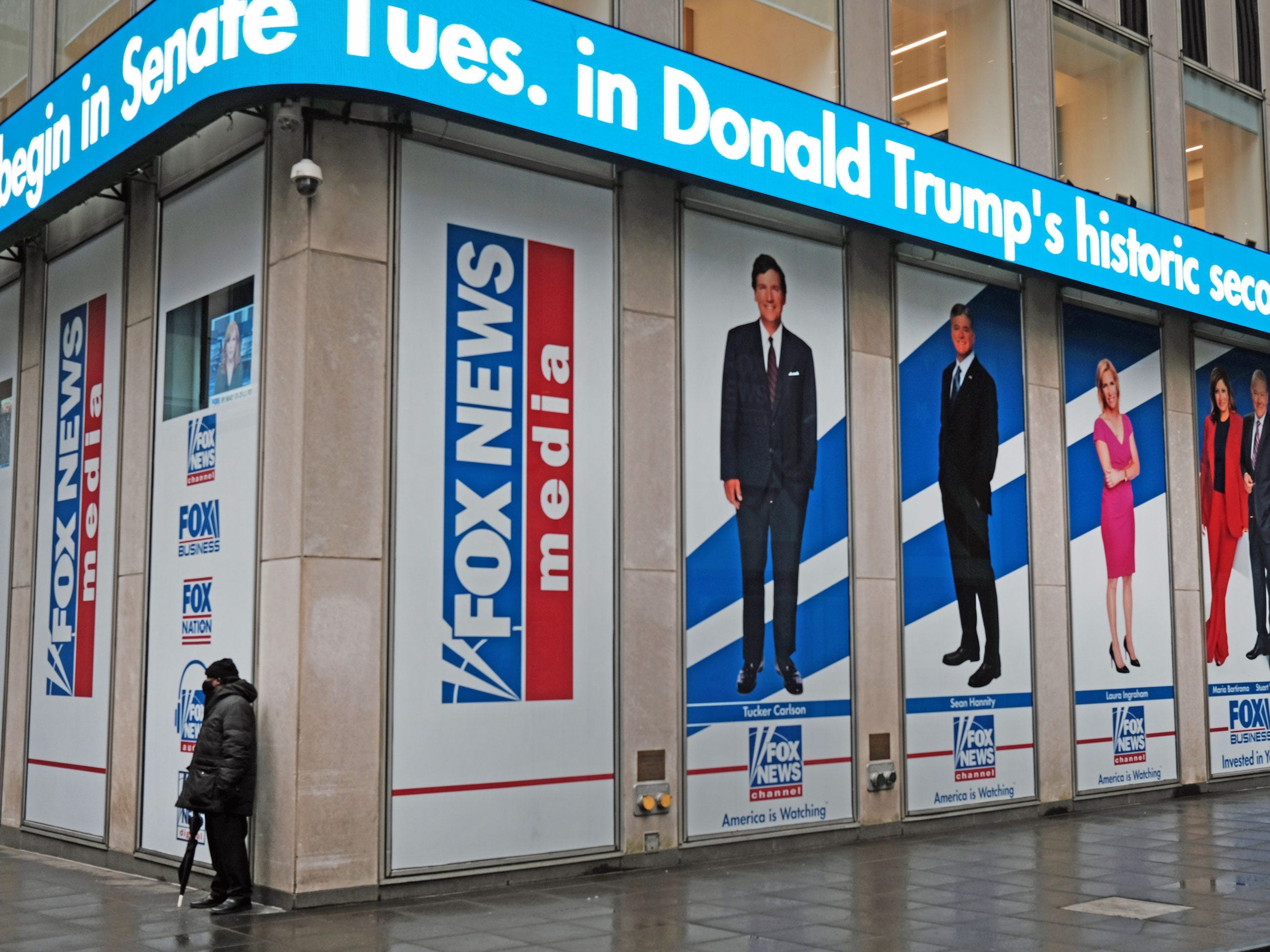 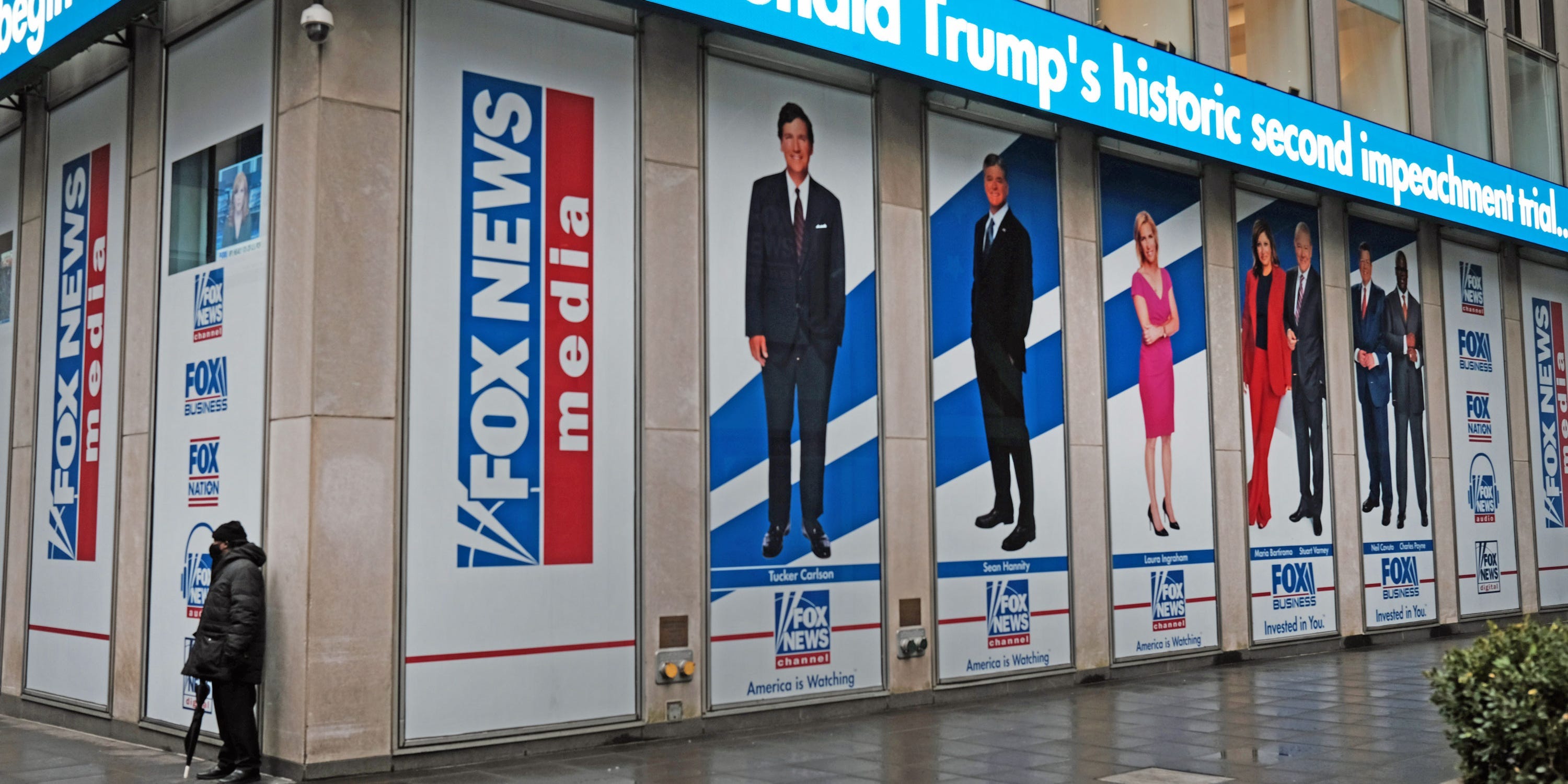 Fox News has filed a motion to dismiss Dominion Voting System's defamation lawsuit against it.
Dominion argued that Fox pushed damaging and disproved conspiracy theories about it.
Fox said the case could damage press freedom, and that it was covering “both sides” of the story.
See more stories on Insider's business page.

Fox News has filed a motion to dismiss a $1.6 billion defamation lawsuit from Dominion Voting Systems, saying its journalists were covering “both sides” of the 2020 election fraud conspiracy theory.

Dominion's lawsuit, filed in March, alleged that Fox News amplified false theories that the voting-technology company had flipped the results of the 2020 election to deprive former President Donald Trump of victory. Dominion said this caused “enormous and irreparable economic harm” to the company.

Dominion said that this was part of the network's strategy to turn around ailing ratings in the wake of Trump's election loss.

Fox's lawyers said in their motion to dismiss Dominion's lawsuit: “The American people deserved to know why President Trump refused to concede despite his apparent loss.”

“As responsible journalists, Fox covered both sides,” the filing said, noting that the network had been the first to call Arizona for Joe Biden – a move that Trump and his supporters bitterly resented.

The filing said Fox had “fairly and extensively covered” Trump's false allegations of a stolen election “just as it had reported the election results.”

In comments accompanying Fox's motion to dismiss the lawsuit, lawyers Fox Chip Babcock and Scott Keller said: “There are two sides to every story. The press must remain free to cover both sides, or there will be a free press no more.”

Babcock and Keller also argued that it could damage press freedom if companies on the “winning side” of a story could sue the press “because it provided a forum for the losing side.”

Dominion's lawsuit argued that of the “both sides,” Fox gave significant attention to the conspiracy theories long after they were disproved. 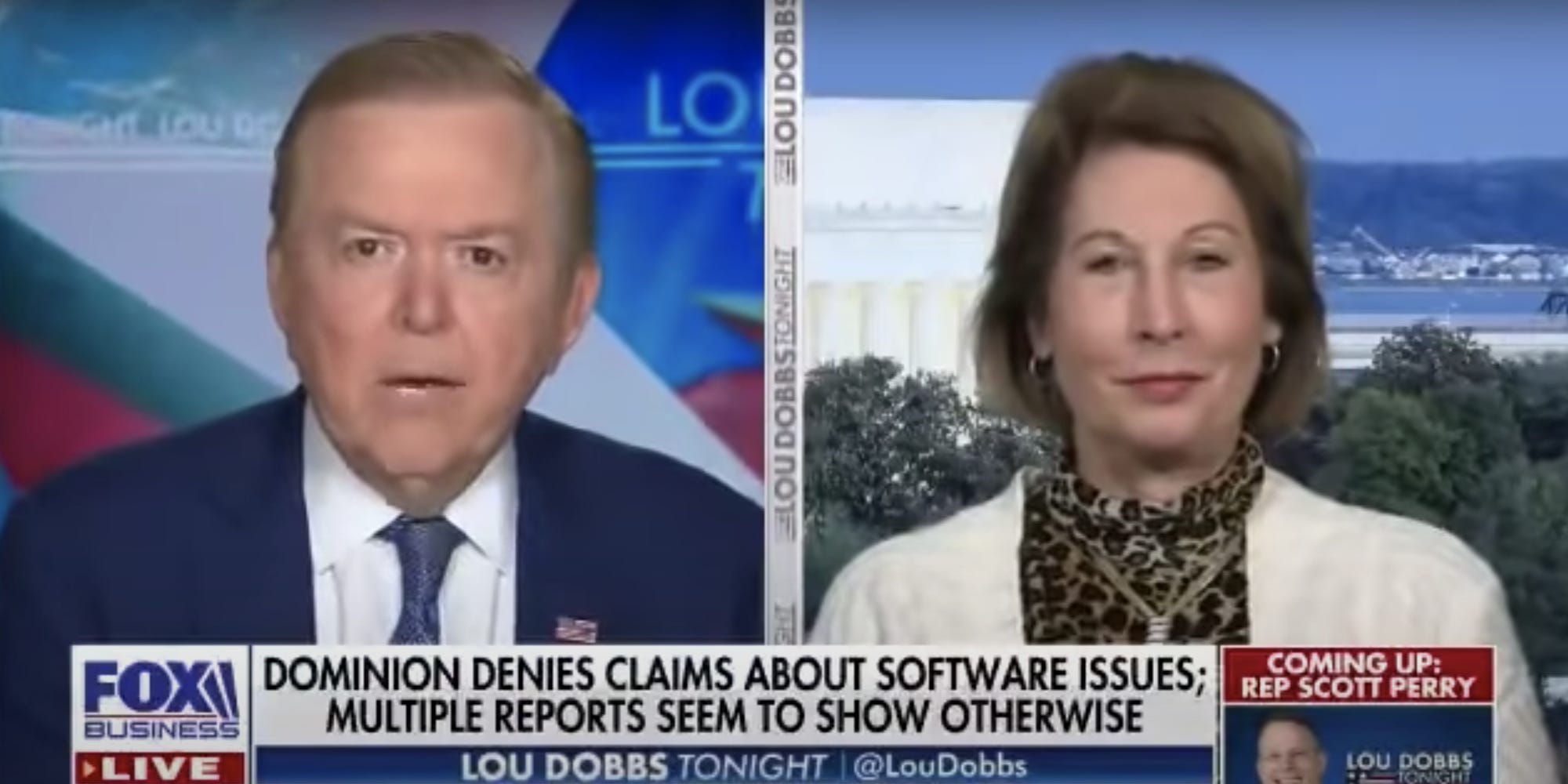 Sidney Powell (right) appearing on “Lou Dobbs Tonight” on Fox Business with allegations against Dominion Voting Systems. Dobbs is not being individually sued.

While some segments debunked the claims, the network also repeatedly hosted figures like former Trump attorney Rudy Giuliani and the conspiracy-theorist lawyer Sidney Powell, with little pushback from primetime hosts.

Fox's lawyers also said in their comments that the network's hosts didn't actually create the allegations against Dominion, noting that the company had already been subject to challenges in the past.

Dominion's lawsuit said that when it came to the theories around the company, “Fox took a small flame and turned it into a forest fire.”

Dominion did not immediately respond to Insider's request for comment.

Dominion is also suing several other figures, including Giuliani, Powell, and several individual Fox News hosts. The hosts have also filed motions to dismiss the cases against them.

Source: Fox News says it was covering ’both sides’ of Trump’s election-fraud conspiracy theory in its motion to dismiss Dominion’s defamation lawsuit

Fauci says people are ’misinterpreting’ the new CDC mask guidance, and that it didn’t mean everyone could take off their masks