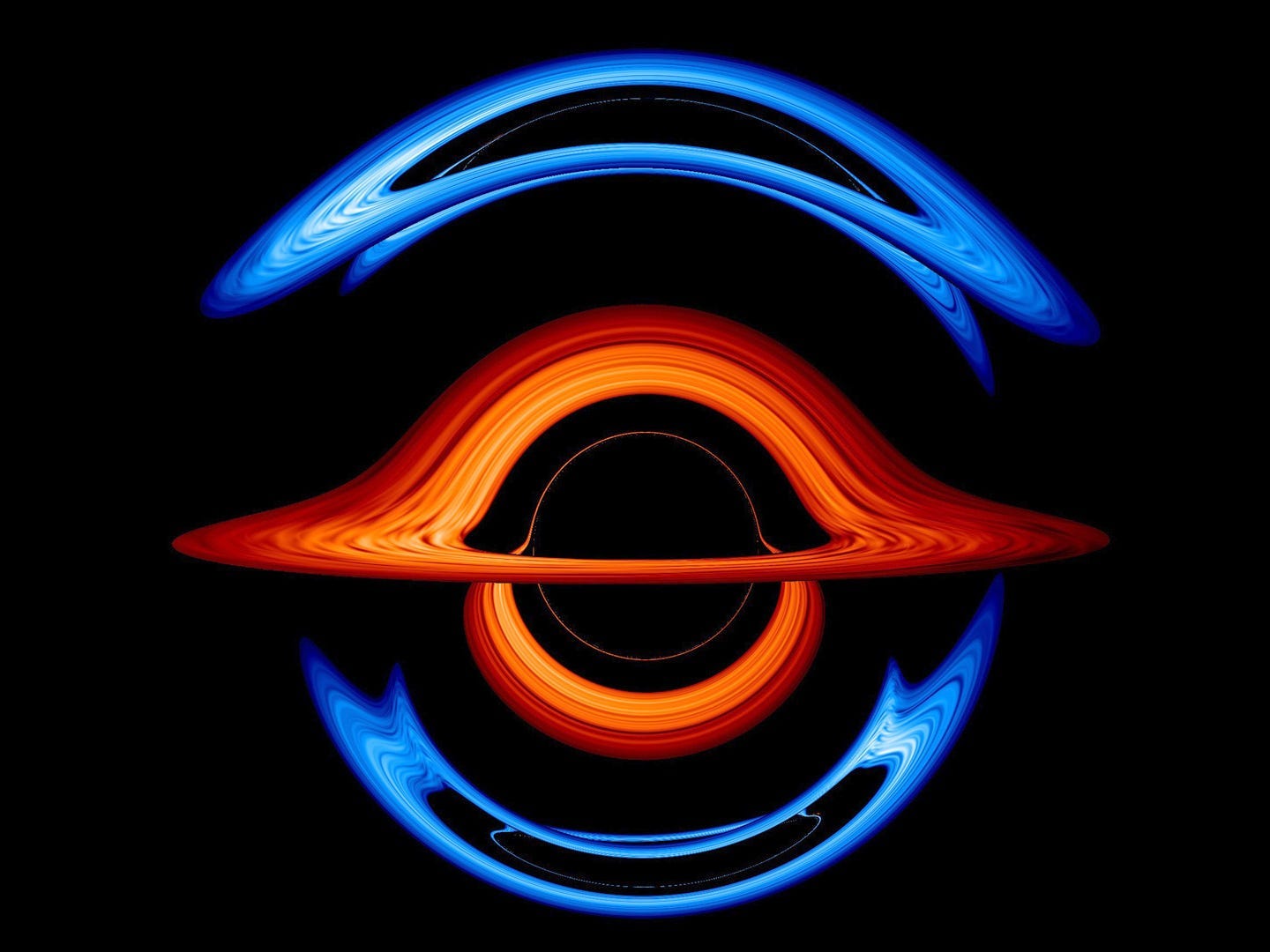 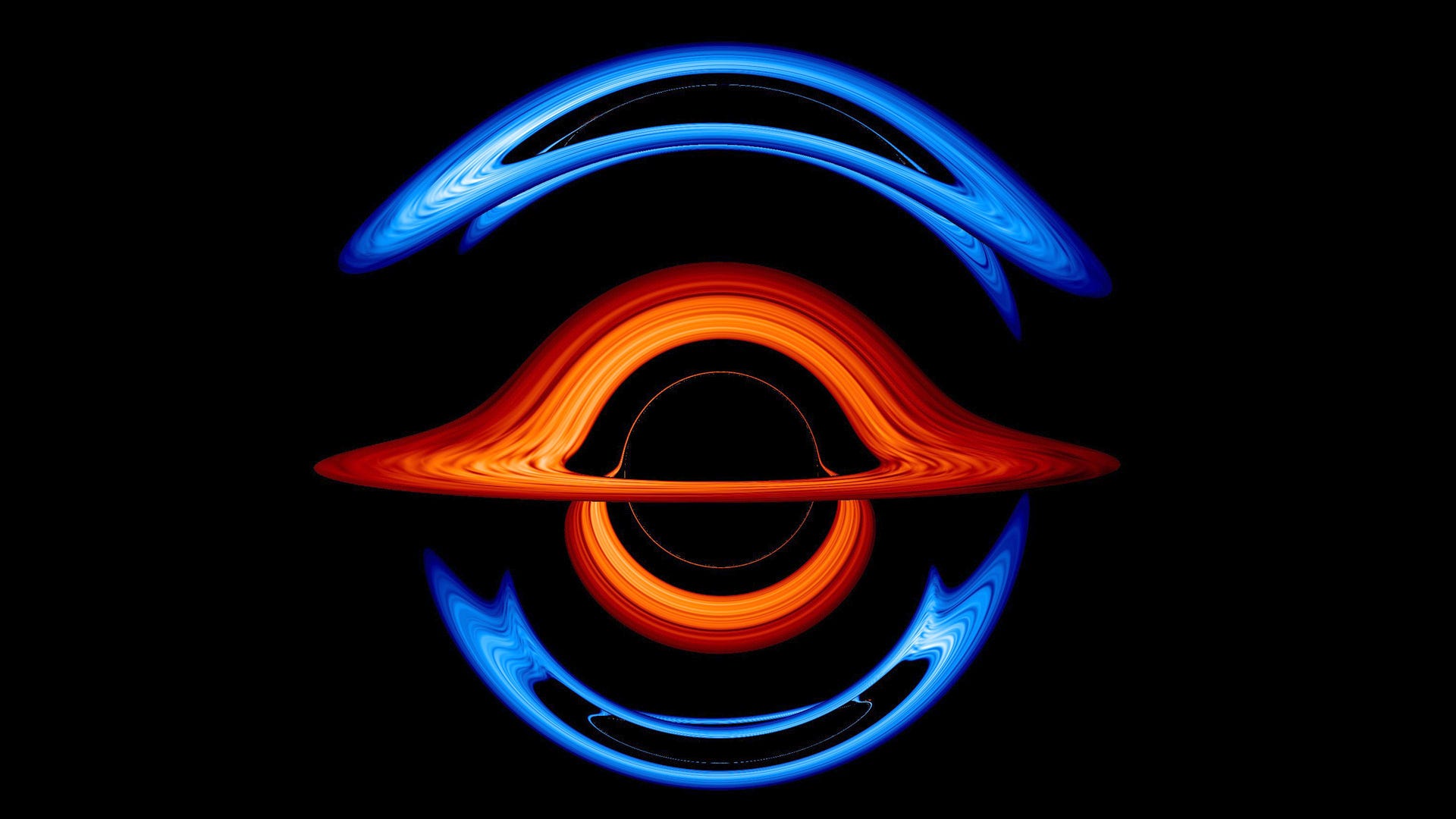 A pair of orbiting black holes millions of times the Sun’s mass. The black hole represented in blue has less mass.

A new NASA animation shows two black holes orbiting each other.
A glowing ring of hot gas and space debris known as the accretion disk circles each black hole.
As the black holes cross paths, the gravity from one bends light from the other.
See more stories on Insider's business page.

At the heart of every galaxy lies a black hole, where gravity is so strong that nothing can escape its boundary. Sometimes when two galaxies merge, their black holes get caught in lock-step, perpetually circling each other in an interstellar tango.

A new animation from NASA reveals what it might look like if you filmed a pair of orbiting supermassive black holes, known as a binary system, in action.

In the visualization, the black holes are marked by different colors. The orange one is 200 million times more massive than the sun. Its blue companion weighs about half that much. Both are surrounded by glowing rings of hot gas and space debris, known as an accretion disk.

When one black hole moves in front of the other, its strong gravity distorts the light from its partner's accretion disk.

As a result, the black hole in the background looks like it's warping into pieces that ooze around the other – a bit like a funhouse mirror.

Once the black holes pass by each other, those distorted pieces seem to flow back together.

Black holes look different depending on your vantage point

The black holes appear smaller as they move closer to the viewer and larger as they move farther into the background, according to Jeremy Schnittman, a NASA astrophysicist who created the new animation.

Using a cluster of supercomputers, Schnittman was able to calculate, frame-by-frame, how light from both accretion disks would bend as the two black holes danced around each other. Normally, those calculations would have taken a decade on a modern desktop computer, but Schnittman completed them in roughly one day.

His visualization shows that black hole components change in appearance depending on how you look at them.

When viewed from above or below, each black hole's accretion disk looks like a near-perfect circle, with a tiny image of its partner reflected near the center.

“Zooming into each black hole reveals multiple, increasingly distorted images of its partner,” Schnittman said in a statement. 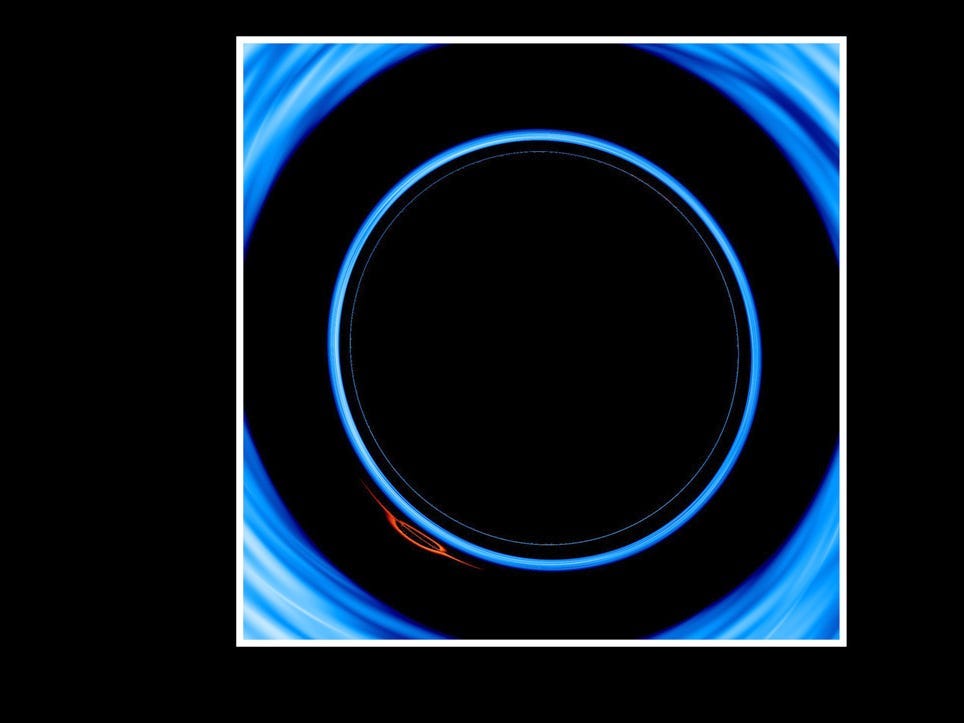 An animation of a black hole as viewed from above or below.

From a side-on view, however, the accretion disk looks like a rainbow of fire slithering around the black hole's center. That rainbow gets warped when the black holes pass by each other.

From this vantage point, the accretion disk appears brighter on one side than the other. As a black hole spins, the cloud of gas and debris orbiting it also spins. So the disk material moving toward our eyes would seem brighter than the material moving away – a bit like the beacon of a lighthouse. 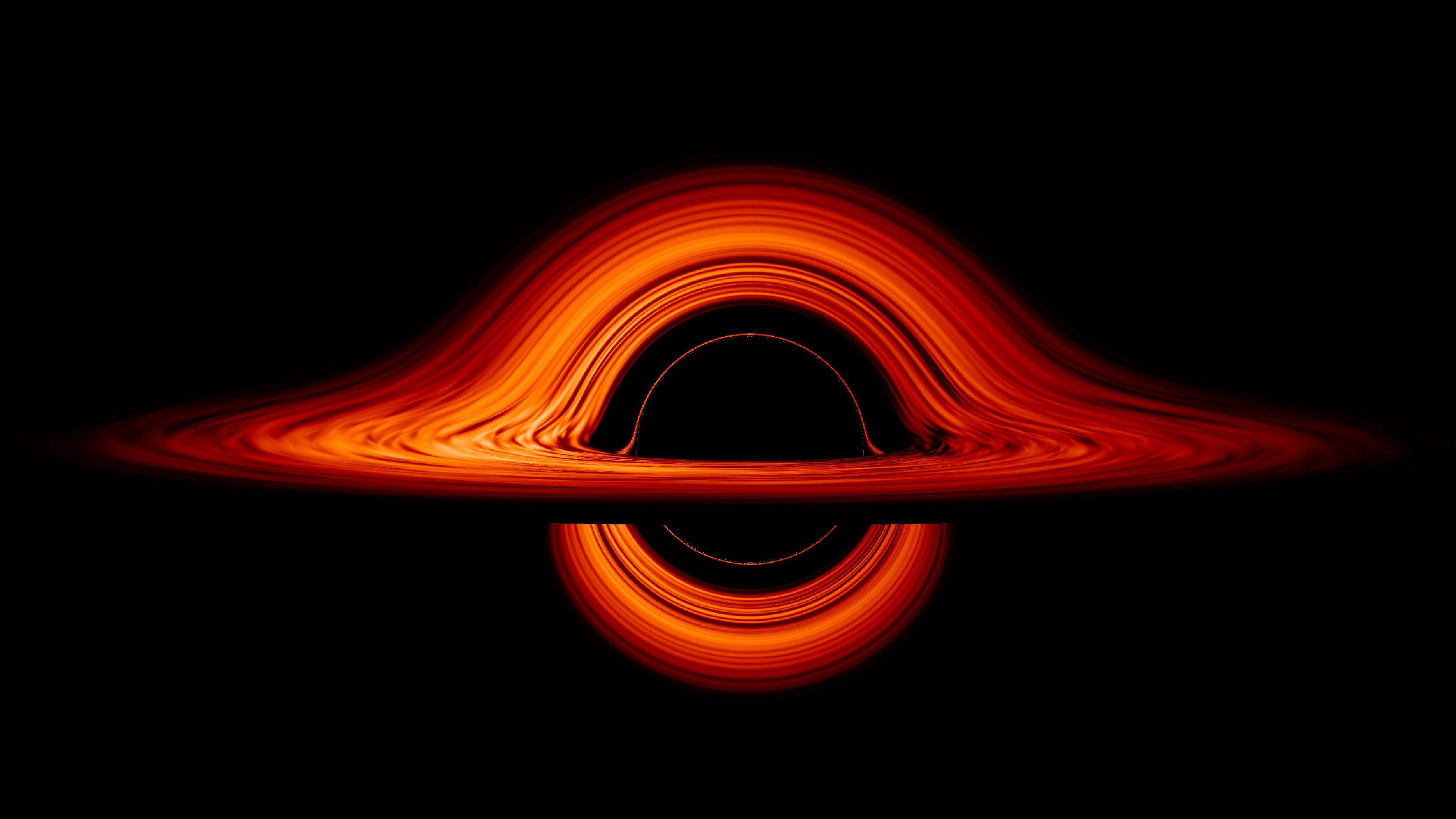 An animation of a black hole as viewed from the side.

According to Schnittman, a pair of black holes like the ones depicted in the new animation will eventually merge into one gargantuan black hole – but not before dancing around each other for a long time.

“These are the kinds of black hole binary systems where we think both members could maintain accretion disks lasting millions of years,” he said.

Source: Watch 2 supermassive black holes dance around each other in a mesmerizing NASA animation