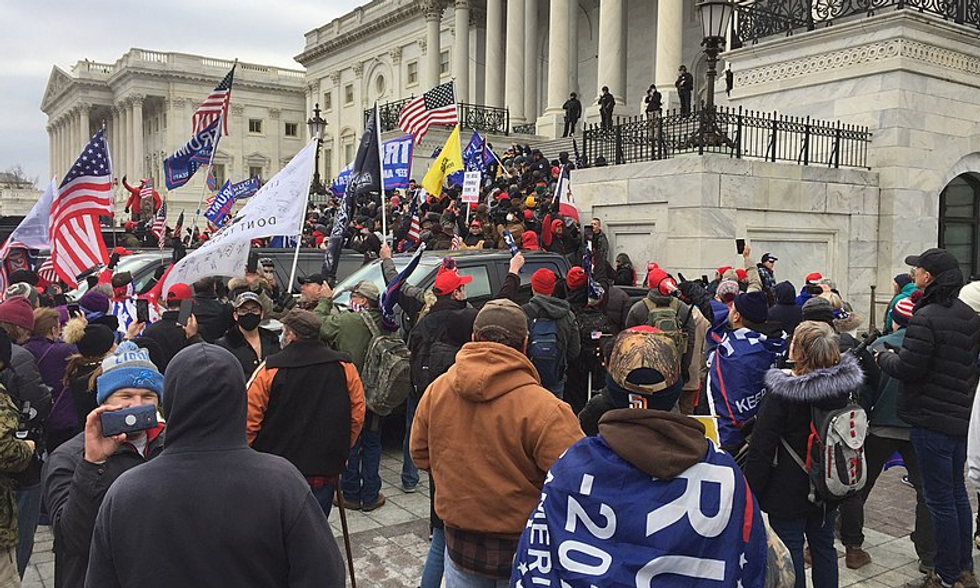 An Ocala, Fla. man was turned in by his family after he admitted that he traveled to Washington, D.C., with full knowledge and intent on breaking into the U.S. Capitol, according to the U.S. Department of Justice.

The Orlando-Sentinel has offered details about an affidavit surrounding the arrest of 58-year-old Kenneth Kelly. According to the publication, Kelly headed to the nation’s capitol “knowing full well they were going to break in.” Text message records have also revealed how he admitted that he had stormed the Capitol and entered by breaking windows.

“Inside the White house via breaking in windows,” a text message reportedly said. “Tree of liberty was watered today.”

Photos, and surveillance footage from the U.S. Capitol were turned over to the Federal Bureau of Investigation (FBI). Investigators were reportedly able to confirm Kelly’s attendance and involvement in the riots.

On Friday, April 23, Kelly arrived at the Middle District of Florida U.S. Attorney’s Office in Ocala to turn himself into authorities. He is now facing a string of charges in connection with “disorderly and disruptive conduct in a restricted building or grounds and disorderly conduct on Capitol grounds.”

Kelly’s arrest comes as the investigation into the Capitol riots continues. So far, the FBI has managed to positively identify more than 200 individuals in connection with the deadly riots that ensued on Jan. 6 to hinder the Electoral College certification.

Back in January, FBI Director Christopher Wray noted that the federal bureau and other law enforcement agencies had taken “an ‘aggressive’ posture” to hold rioters accountable for their action, which led to the deaths of five victims. While many of the alleged rioters may not face jail time, a substantial number will face consequences for their actions.

Source: Capitol riot suspect from Florida claims he was breaking into the White House: report

22 Lap Dance Songs To Show Your Man On