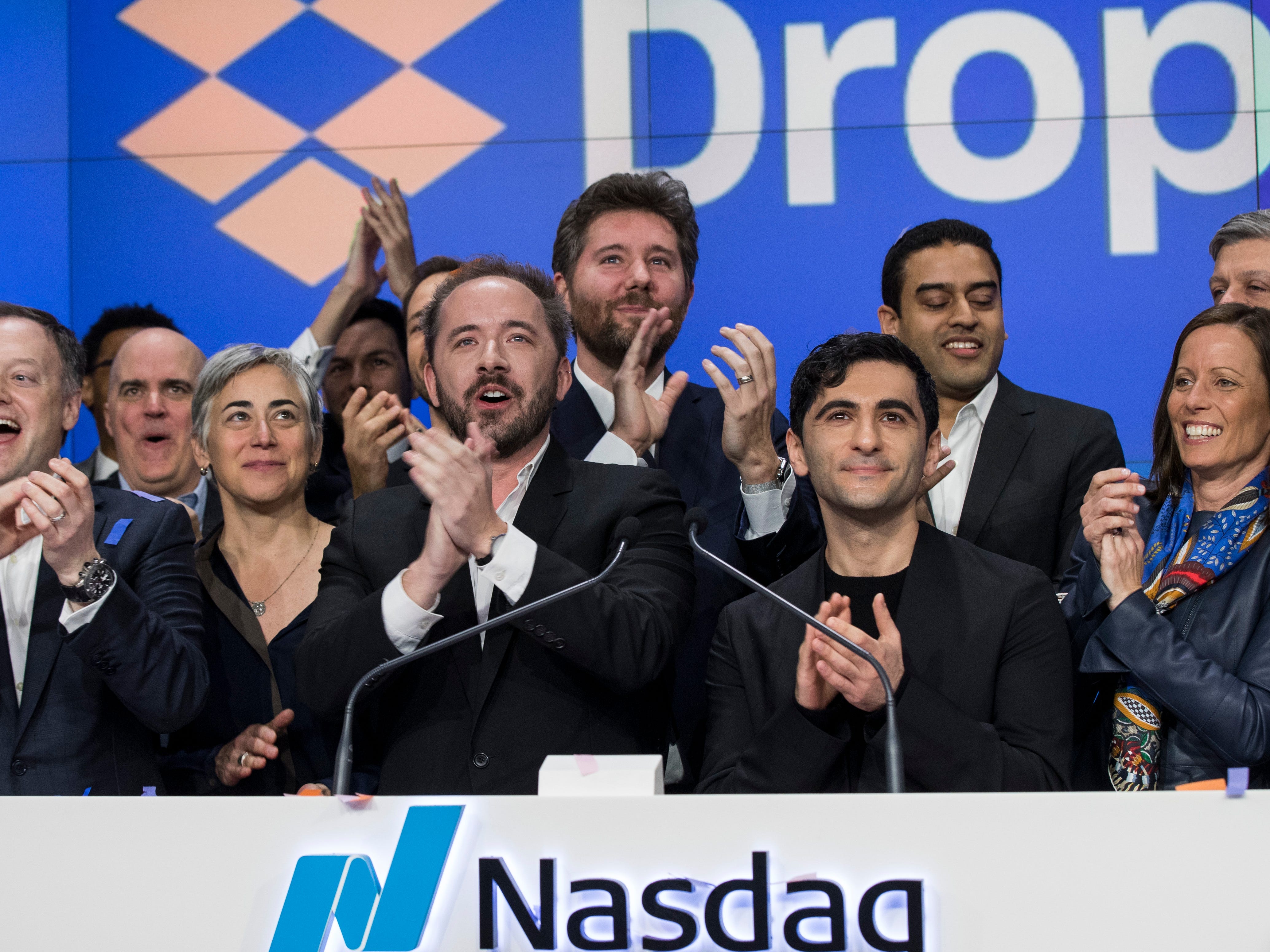 The activist hedge fund Elliott management reportedly holds a 10% stake in Dropbox.
Shares of the cloud storage company soared as much as 8% after the news broke.
Elliott Management boasts over $41 billion in AUM and is known for its previous activist stakes in Twitter and Comcast.
Sign up here for our daily newsletter, 10 Things Before the Opening Bell.

Dropbox stock soared on Wednesday after a report out of the Wall Street Journal revealed the activist hedge fund Elliott Management holds a 10% stake in the company, worth well over $800 million.

Speculation about a potential activist investor stake in Dropbox has been swirling since mid-May when a 13-F filing from UBS showed that the bank had picked up 7.7 million shares of Dropbox in the second quarter. UBS is often associated with activist investors taking swap positions through banks.

The hedge fund boasted more than $41 billion in assets under management (AUM) as of January 2021 and is known as one of the busiest activist investors in the markets.

The firm has been involved in Twitter, Comcast, and dozens of other stocks as an activist shareholder, pushing for changes to help increase return on equity for investors.

Dropbox was founded in 2007 by Drew Houston and Arash Ferdowsi and is focused on offering cloud-computing storage solutions to its over 700 million registered users.

The company reported revenue of $1.9 billion last year, an increase of 15% year-over-year, and boasts a market cap of over $11 billion.

Dropbox went public in March 2018 at $21 a share, and its stock quickly shot up to nearly $40 per share by the summer. However, since then, Dropbox has struggled to break out of the $20 to $25 range amid increasing competition in the cloud storage space.

In January, the company was also forced to cut 11% of its workforce, with CEO Drew Houston saying, “the steps we're taking today are painful, but necessary.” The move came just months after the company said all of its workforce would be allowed to work remotely on a permanent basis.

Despite the poor performance over the past two years, Dropbox shares have jumped roughly 23% in 2021. This, despite first-quarter earnings results, which showed a continued decline in the company's revenue growth (first-quarter revenue rose just 12%).

Source: Dropbox soars on report that activist hedge fund Elliott Management has a 10% stake in the company

I tested the most popular at-home waxing kits - here’s how they compared, and which ones actually work