Nike, other sponsors back Naomi Osaka after French Open withdrawal 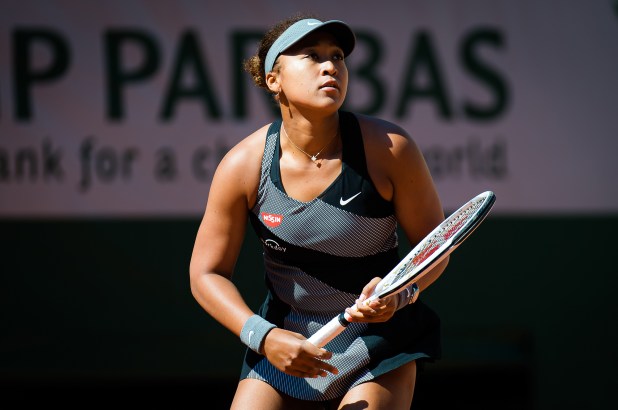 Naomi Osaka’s sponsors are standing by her.

Sports apparel giant Nike, which signed a sponsorship deal with Osaka in 2019, commended the 23-year-old tennis star for opening up about her struggles with depression after she dropped out of the French Open.

“Our thoughts are with Naomi. We support her and recognize her courage in sharing her own mental health experience,” Nike said in a statement.

Osaka dropped out of the Grand Slam event after she was fined $15,000 for not speaking to the media following her first round match on Sunday.

“Hey everyone, this isn’t a situation I ever imagined or intended when I posted a few days ago. I think now the best thing for the tournament, the others players and my well-being is that I withdraw so that everyone can get back to focusing on the tennis going on in Paris,” Osaka wrote Monday on Twitter. “I never wanted to be a distraction and I accept that my timing was not ideal and my message could have been clearer.

“More importantly I would never trivialize mental health or use the term lightly. The truth is that I have suffered long bouts of depression since the US Open in 2018 and I have had a really hard time coping with that.”

Other sponsors of Osaka, the No. 2-ranked women’s player in the world, followed Nike’s lead.

“Naomi Osaka’s decision reminds us all how important it is to prioritize personal health and well-being,” Mastercard said in a statement. “We support her and admire her courage to address important issues, both on and off the court.”

Swiss luxury watchmaker TAG Heuer said that it supports its brand ambassadors “in triumph but also during challenging periods,” according to CNN.

“Naomi is going through difficult times and we truly hope to see her back soon. She is a great champion and we are convinced that she will come out of this period stronger, be it professionally or personally,” the company told the outlet in a statement.

Nissin Foods, a Japanese company known for its instant noodles, Japanese automaker Nissan and Nippon Airways, a Tokyo-based airline, all also voiced support for Osaka’s decision, according to CNN.

Sweetgreen, the US restaurant chain, told CNN, “Our partnership with Naomi is rooted in wellness in all its forms. We support her in furthering the conversation around mental health and are proud to have her as part of the sweetgreen team.”

Osaka is a brand ambassador and investor of Sweetgreen.

Osaka’s decision to withdraw from the French Open has been both lauded and criticized. Tennis legend Martina Navratilova was among those to express support for Osaka.

“I am so sad about Naomi Osaka. I truly hope she will be ok,” the nine-time Wimbledon champion tweeted. “As athletes we are taught to take care of our body, and perhaps the mental [and] emotional aspect gets short shrift. This is about more than doing or not doing a press conference. Good luck Naomi — we are all pulling for you!”

Two-time NBA MVP Stephen Curry also tweeted that Osaka “shouldn’t ever have to make a decision like this — but so damn impressive taking the high road when the powers that be don’t protect their own. Major respect.”

“The only thing I feel is that I feel for Naomi. I feel like I wish I could give her a hug because I know what it’s like. Like I said, I’ve been in those positions,” Williams said after her first-round win over Romania’s Irina-Camelia Begu.

“Not everyone is the same. We have different personalities. I’m thick. Other people are thin. Everyone is different and everyone handles things differently. You just have to let her handle it the way she wants to and the best way she thinks she can,” the 23-time Grand Slam winner said.

“That’s the only thing I can say: I think she is doing the best she can.”

Others, however, have said facing the media is part of an athlete’s job.

“I always believed that’s part of the job,” Tennis legend Boris Becker told Eurosport. “Without the media, there isn’t any prize money, there isn’t any contracts and just you don’t get half the cake.”

Disney’s ’The Proud Family’ Getting Woke Reboot with Gay Dads