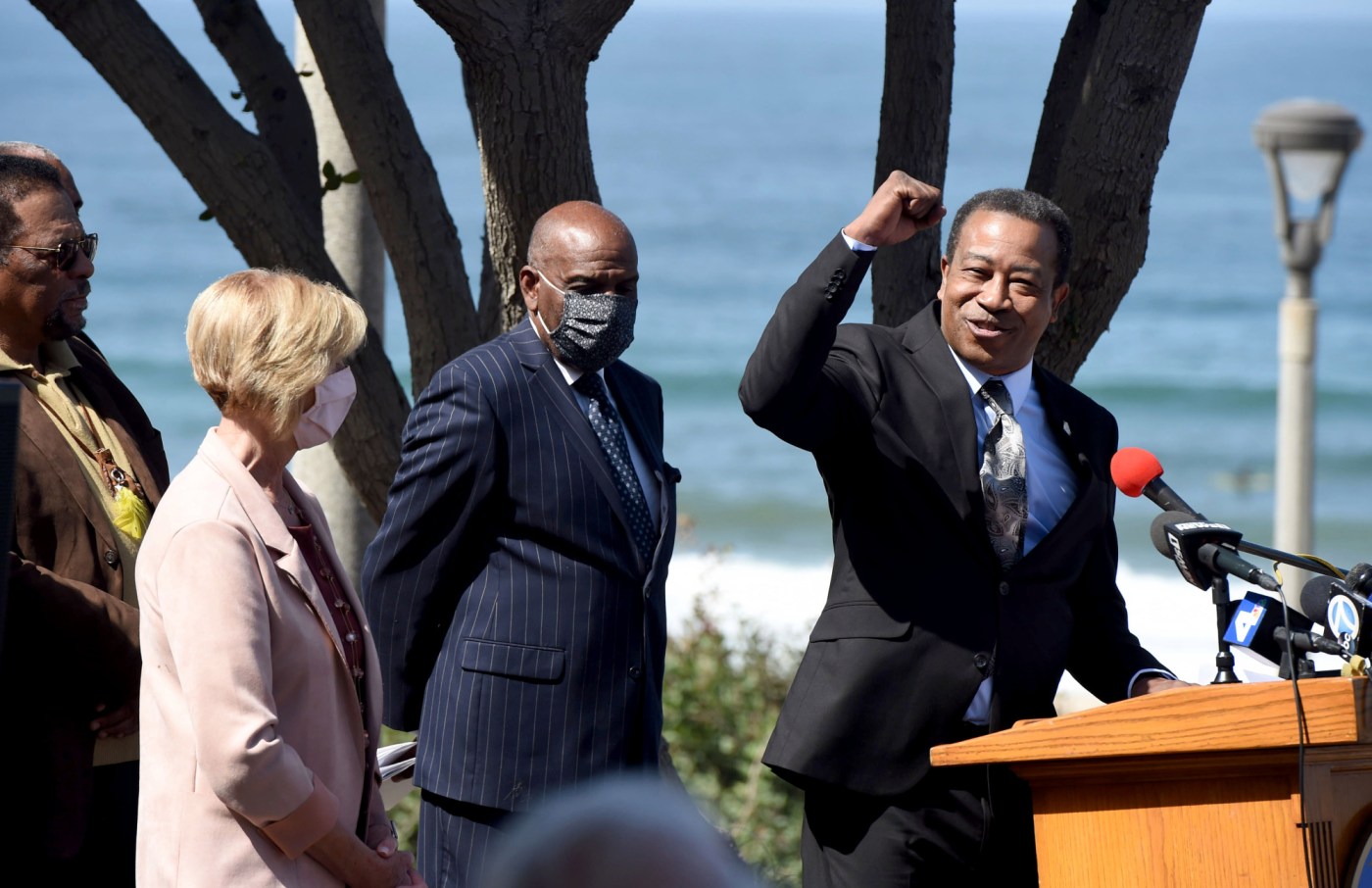 A bill that would pave the way for an African American family to regain land in Manhattan Beach that its ancestors had taken from them has passed the state Senate and will now move on to the Assembly.

Senate Bill 796, if enacted, would give Los Angeles County the authority to return two parcels of oceanfront land in the city to the descendants of the original Black owners who operated a seaside resort called Bruce’s Beach Lodge about a century ago before Manhattan Beach used eminent domain to strip them of the property.

SB 796 passed unanimously out of the Senate Wednesday, June 2. It wasn’t immediately known when the Assembly would take up the bill.

“This bill will not provide justice, but it is a small measure to return (what’s theirs) and recognize the wrong to this family,” said Sen. Steven Bradford, D-Gardena, who authored the bill. “We eliminated generational wealth for this family and the surrounding folks who lived on this land; this bill is a model of what economic justice should look like in this country; this bill will not erase those horrible acts, but represents restorative justice and a clear step in the right direction.”

The two parcels at the heart of the Senate bill were once part of a flourishing seaside resort owned by and operated for Black people in the early 20th century, during a time when African Americans had limited coastal access.

Willa and Charles Bruce ran the flourishing Manhattan Beach resort in the early 20th century. The entrepreneurs also bought another parcel near their resort that remained undeveloped at the time.

But they, as well as those who visited the resort and Manhattan Beach’s other African American residents, faced harassment from some White neighbors who didn’t want Black people in the community, according to historical records.

Manhattan Beach leadership at the time condemned the Bruces’ land, as well as that of other Black property owners, in 1924 and took it over through eminent domain.

The city still owns the largest portion of the condemned land, including the Bruces’ undeveloped parcel, which decades later became Bruce’s Beach Park.

But Manhattan Beach gave the two parcels closest to the surf to the state in 1948. The state handed over those parcels — and larger swaths of the beach — to L.A. County in 1995.

The county currently operates a lifeguard station on the former Bruce property. Under the 1995 transfer agreement, the county cannot sell or give the land to anyone else. SB 796 would undo those restrictions and allow the county to return the land.

The Bruces bought their property for $1,225 in 1912, Bradford said, and today the land is worth an estimated $75 million.

The bill was amended late last week, and finally made it to the Senate Floor before the June 4 deadline.

Now, the legislation will head to the Assembly, where that house has until Sept. 10 to vote.

L.A. County officials, meanwhile, are working on a plan to transfer the land to the Bruce descendants once they are allowed to do so. The Board of Supervisors will review the plan later this month.

The county, with Fourth District Supervisor Janice Hahn leading the way, has signaled that it will move quickly to return the land once Gov. Gavin Newsom signs SB 796 into law.

“It is my hope that once this legislation is signed into law,” Hahn, whose district includes Manhattan Beach, said in a written statement, “Los Angeles County can set an historic precedent for how we as a nation should go about beginning to atone for the sins of our past.”

Sign up for The Localist, our daily email newsletter with handpicked stories relevant to where you live. Subscribe here.

‘Anne Boleyn’ first reviews: “Jodie Turner-Smith is one of our most exciting talents”