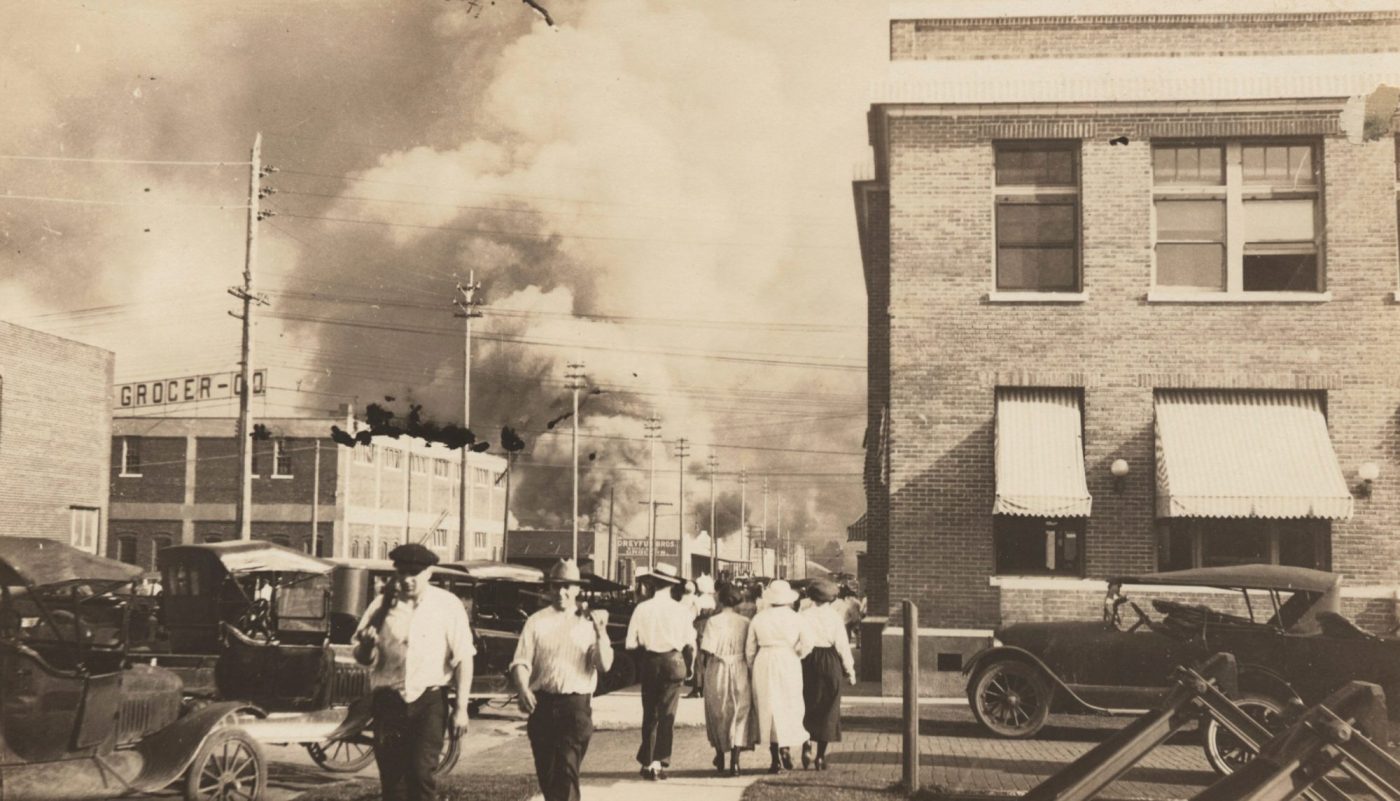 President Joe Biden, visiting Tulsa, Oklahoma, on Tuesday to commemorate the massacre of Black Americans there a century ago, said, “Just because history is silent, it doesn’t mean it did not take place. And while darkness can hide much, it erases nothing.”

Will his message elicit a long-elusive sense of hope in this shattered community? As I met with Black Tulsans this week—including the only living survivors of the massacre—I learned such optimism is hard to come by.

Among the many churches that dot the Tulsa skyline, the First Baptist Church North Tulsa stands out — not because of its height but because on May 31, 1921, the white mob destroying the Black neighborhood of Greenwood thought it looked “too nice to be a Black church.” That “too nice” appearance saved it from the fate of other buildings nearby.

Before this past Sunday, I hadn’t been in a church for 35 years. What I attended—titled “We Remember, We Worship”—was part morning service, part political rally, part community therapy. The weight of history seeped through every scripture that was read, every song belted by the bouncing choir, every word delivered by the guest preacher from Nashville. I was there with my Jewish wife, Heather, and my mixed-race friend Theodore, a motley crew of variegated faith, race, and religion. But it was clear from the moment we entered a pew that this church had no doubts about its own identity. This sanctuary has been a living, breathing, singing, praying Black church since its founding in 1899.

The theme of the sermon was taken from Romans 5:5, a verse about hope. Written at a time of immense persecution of the early Christian church in the Second Century, it is only with the benefit of hindsight that it is imbued with hope. But I noticed, sadly, that the more Pastor John Faison urged his congregants to claim their own victory over injustice, the less hopeful I felt.

The passage says, “And hope does not put us to shame, because God’s love has been put into our hearts.”  Put another way, without God’s love, unfulfilled hope is shaming. It is a damning sentence. It implies that having good grace is the only way to live with shame. That’s hardly a message of hope. Yet it is still a reality for many Black people in America today.

There are degrees of hope. Some of us may hope our child gets into a good school, or lands a good job. For those who are oppressed, hope is praying that your child comes home from school and won’t be stopped, chased or shot. Hope is looking forward to a time when you will not be judged, excluded or passed over because of who you are. Hope is the privilege of not second guessing yourself about everything, every day.

The congregants of First Baptist North Tulsa have spent their entire lives fighting little and big injustices that have put them to shame. As much as I admire the struggle, I just felt sickened that America is still a place where Black citizens have to look to God for hope, because there is so little hope elsewhere. Pastor Faison said of the Tulsa Race Massacre, “justice is a commitment to do what is right in order to make whole what has been broken.” A lack of hope stems from a lack of justice.

What I learned from my visit to Tulsa is that that hope can take a lifetime to be fulfilled, and it can be stolen in a single night. I learned that segregation is alive and well in America. Desegregation is only real when we go to the same places of worship, when we sit at the same restaurant tables, when we do those things because we choose to. I learned that pain transfers across generations and that a century is not long enough to heal. I learned that reparations are not about money but about principle. I learned that America does not own its racist past, and thereby presages a racist future. I learned that, even today, Black people struggle to be seen fully as Americans. I learned that most white people don’t know what white privilege is, or the burden that privilege imposes on others. I learned that being supportive from a distance is not enough, and that you have to be present if you want to understand.

Biden shoots for the stars with astronomical spending proposals

Actually, we love California – and want to save it

In university Title IX proceedings, fairness is not the enemy

President Biden’s presence in Tulsa on Tuesday is a step toward removing the shame.

A century after the rampage, he recognized that “some injustices are so heinous, so horrific, so grievous, they can’t be buried no matter how hard people try.” That gives me some hope.

Identifying the injustice is just the first step in the pursuit of justice—100 years too late—for the families and descendants of the massacre. Without true justice, there can be no hope.

Source: Biden’s visit to Tulsa a step toward removing the shame of the past