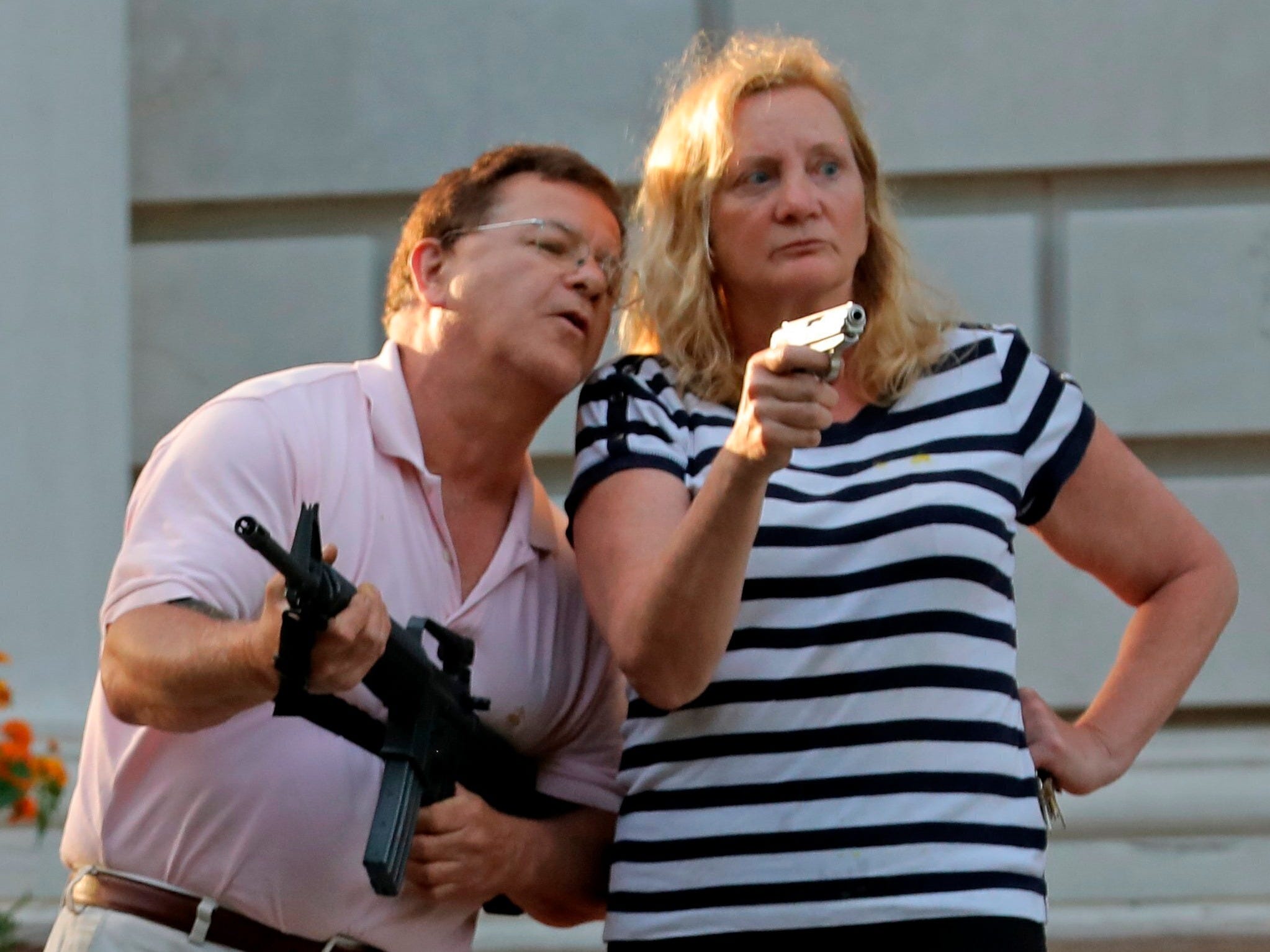 Mark and Patricia McCloskey standing armed outside their house as protesters walked past in St. Louis, Missouri.

Mark McCloskey and his wife pointed guns at protesters passing by their home last year.
McCloskey announced his Senate run on Tuesday.
He told Fox News the moment “really did wake me up” and inspired his run.
See more stories on Insider's business page.

The lawyer who pointed his gun at Black Lives Matter protesters during a June 2020 demonstration confirmed he is running for the Senate.

Mark McCloskey and his wife, Patricia, pointed their guns at protesters as they passed by their house in a gated community in St. Louis, Missouri.

He told Fox News host Tucker Carlson on Tuesday that he was running.

“I've always been a Republican, but I've never been a politician,” he said. “But, you know, God came knocking on my door last summer disguised as an angry mob, and it really did wake me up.”

He had teased a run last month.

A St. Louis grand jury indicted the couple on charges of exhibiting guns at a protest and evidence tampering. They pleaded not guilty.

The couple was invited to speak at the 2020 Republican National Convention.