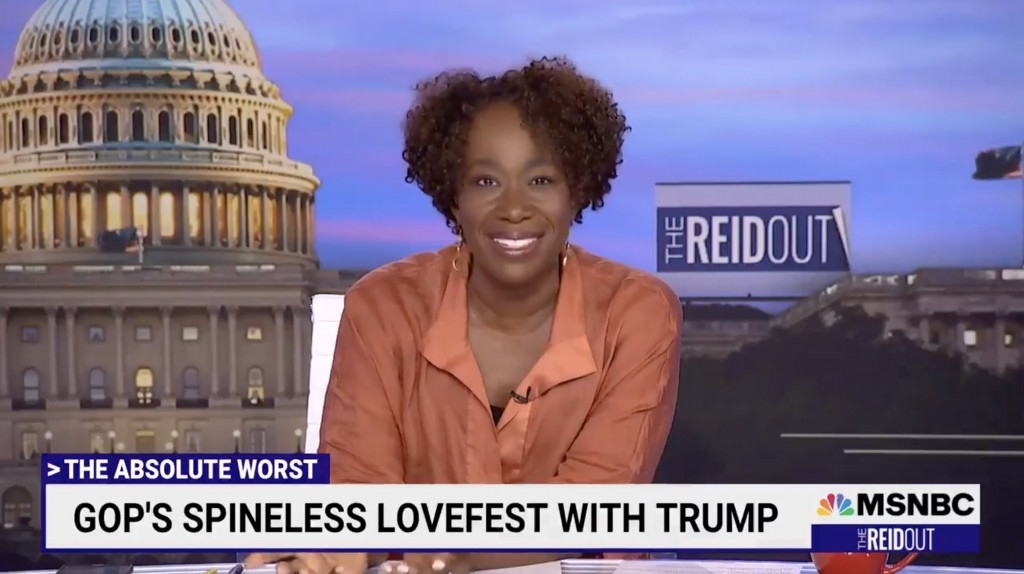 On Wednesday night, Joy Reid ceremoniously dubbed GOP leaders (namely Lindsey Graham, Marco Rubio, and ‘Booger on the Lip of Democracy’ Ted Cruz) “The Absolute Worst” for their shameless hypocrisy and embarrassing exaltation of Donald Trump—a “Florida Man” with no official political power whom she described as “puttering around Mar-a-Lago grabbing every available mic and not even pretending to support the right-wing cancellation of Diet Coke.”

Though Reid wasn’t really telling viewers something they hadn’t already figured out themselves, the charming video she paired with the segment—which played out a little like one of those Sarah McLachlan-backed ASPCA commercials, but with the images of heartbreaking animals replaced by video clips of weasely sycophants—made it a must-watch moment.

“It’s the arms of the angel music for me.”

In one part of the segment, Lindsey Graham is on Fox News asking people to enter a contest to win a trip to Florida to play golf with him and Trump—a scenario I thought only existed in one of my recurring nightmares. Then there’s Rubio on Newsmax praising all the great things he and ol’ Trumpy did together and how #45 is “the most popular and influential Republican in America.” Which, frankly, is a frightening statement.

You can watch the clip above.