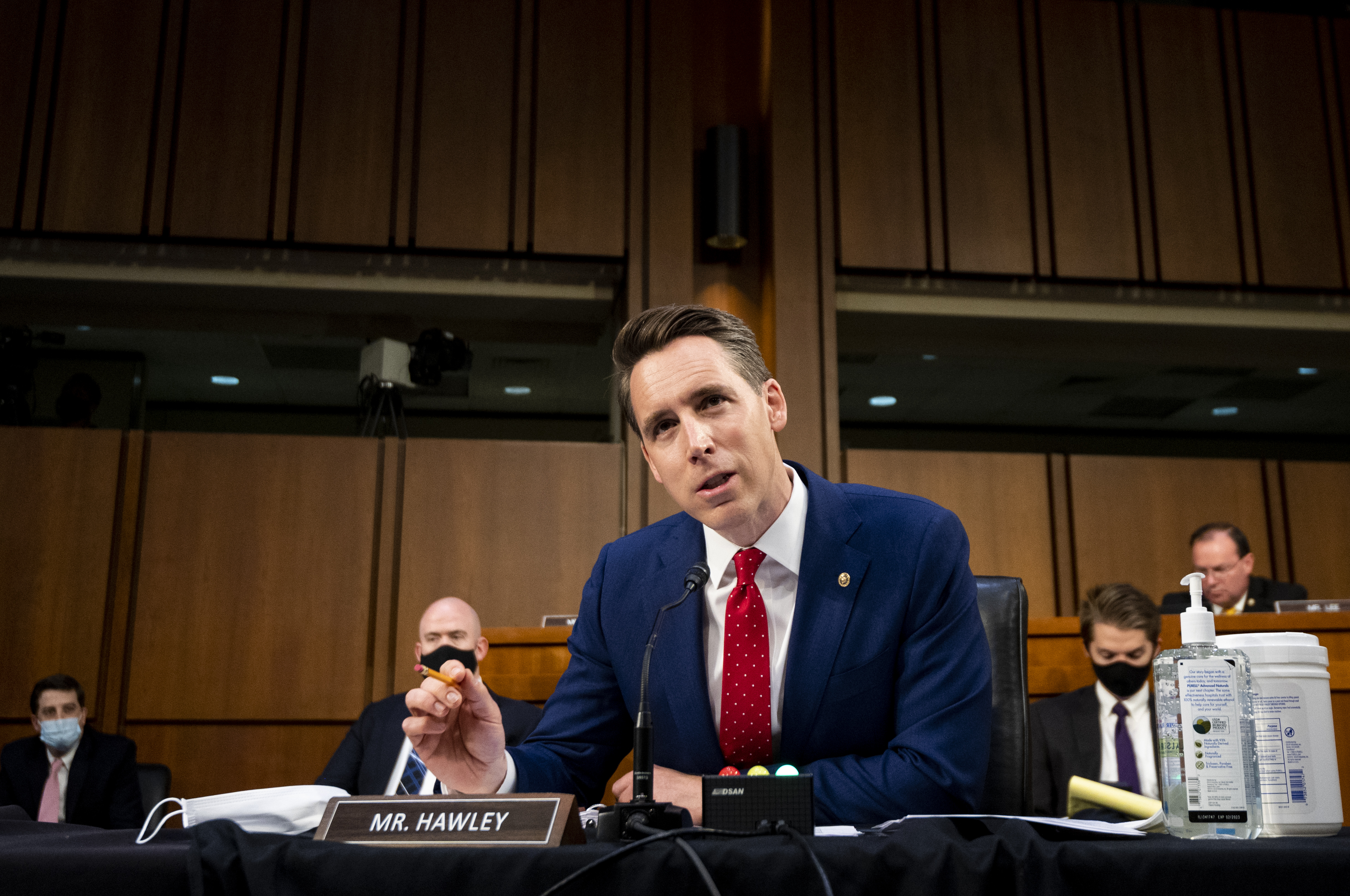 As the Biden administration and Senate Democrats sort out how badly they want to govern, Republicans on Capitol Hill are keeping themselves busy laying the groundwork for a grand cancellation. For months now, Congresswoman Liz Cheney has come under fire from Republicans inside and outside of Washington for her criticisms of Donald Trump’s role in the attack on the Capitol in January—comments that have won her plaudits from Democrats, as Jack Shafer noted in Politico on Monday, despite her zealotry for “war, torture, drone strikes, black sites, the Patriot Act, Gitmo and mass surveillance.” But that record means little to Democrats or Cheney’s own colleagues now, and the noise about removing her from her post as the Republican House conference chair has finally been endorsed—semi-officially—by the head of the caucus. “I’ve had it with her—you know, I’ve lost confidence,” House Minority Leader Kevin McCarthy said in a hot mic moment before a Fox & Friends interview. “Someone just has to bring a motion, but I assume that will probably take place.”

Let it not be said, though, that the Republican Party has few guiding principles beyond loyalty to Trump. Still fueled by the crude spite that made him an attractive candidate in the first place, the “post-Trump” GOP is coming to resemble the pre-Trump GOP—a familiar but updated fusion of anti-government sentiment and cultural pique.

Last week, Senate Minority Leader Mitch McConnell and 38 Senate Republicans signed a letter to Education Secretary Miguel Cardona urging the agency to steer public schools away from utilizing The New York Times’ 1619 Project—something Republicans are already trying to do by law themselves in several state legislatures. And after the release of an admittedly ridiculous recruitment ad touting its commitment to hiring spooks and budding war criminals of all stripes, conservatives began this week training their fire on the CIA—not on anti-war grounds but on anti-woke grounds. “If you’re a Chinese communist, or an Iranian Mullah, or Kim Jong Un … would this scare you?” Senator Ted Cruz asked in a tweet. “We’ve come a long way from Jason Bourne.”

None of this is to say that Republicans have been wholly absent from substantive policy discourse. While the party still lacks a full and cohesive agenda, they’ve been taking whacks at Biden’s American Families Plan—particularly its provisions expanding federal funding for child care. In a string of tweets last week, author and potential Ohio Senate candidate J.D. Vance called those provisions “a massive subsidy to the lifestyle preferences of the affluent over the preferences of the middle and working class” and a “class war against normal people.” He attempted a more measured tone in a Sunday Wall Street Journal op-ed co-authored with Brigham Young Family Life Professor Jenet Erickson, but the notion that the Families Plan’s subsidies amount to cultural coercion—a stealthy effort “to get droves of children into daycare”—was still the piece’s central argument. “How parents want to raise their own children should drive policy,” they wrote, “not the values of an increasingly isolated American ruling class.”

As alternatives, Vance and Erickson talked up proposals like Senator Josh Hawley’s “Parent Tax Credit” which would offer $6,000 to working single parents with children under 13 and $12,000 for married parents based on the premise, his website says, that “most American families believe children are better off when one parent stays home to care for them.” In a recent fundraising email, Hawley additionally characterized the credit as aid for traditional families “on the frontlines of a culture war.” “The left is working to undermine the traditional family through a whole host of social issues,” it read. “We should do the opposite, which is why I’m introducing legislation that helps working parents and is pro-family and pro-work.”

Vance and Erickson frame the proposal as one that would maximize choice for parents more than child care subsidies. But a truly choice-maximizing package of policies would both bolster the child care system and offer families cash benefits that might reduce work hours and allow for more time at home. This is what the Biden administration intends to do, albeit in a limited way: The Families Plan’s funding for childcare sits alongside an extension of the Rescue Plan’s expanded Child Tax Credit, worth $3,600 annually per child under six, to 2025. By contrast, Vance and Erickson oppose significantly expanding child care subsidies and back a policy explicitly sold as an inducement to stay-at-home parenting—while accusing Democrats of imposing their lifestyle preferences through big government and policy design.

Importantly, Hawley’s Parent Credit has been criticized in the libertarian corners of the conservative policy world. “Senator Hawley is correct that families give our lives meaning,” the Mercatus Center’s Veronique de Rugy told The Center Square. “It is an institution worth protecting. But he is wrong to think that the government is the best actor to do that or that this is a justification to use the federal government to spend loads of money we do not have on families, especially well-off families.” But this criticism reflects an age-old tension between earnest free marketeers and conservative figures willing to shape policy to fit sociocultural imperatives, including sticking it to liberal elites.

It’s a fairly normal argument for the right to be having and one far more consequential than the headline-grabbing spats between Cheney’s tiny Never Trump faction of the GOP and the rest of the party. It’s also an argument that the Hawleyites seem to be substantively losing for now. While rhetorical animus against big tech and woke capital has spread widely, most Republicans are confronting Biden’s proposals with complaints about tax hikes and inflation in keeping with the party’s traditional economic stances.

The largest changes might actually be on the cultural side of things. Once dominated by issues of faith, the right’s cultural offensives have been largely secularized. While social conservatives hold out hope that the new Court will overturn Roe v. Wade imminently, they’re passing the time attacking masks and vaccines, defending drivers who run over protesters, and advancing arguments against transgender rights that, for those who remember the battles over gay marriage and rights in the 2000s, seem oddly devoid of references to Scripture. Even so, the function of culture warring on the right remains the same. Despite all the cant we heard under Trump about conservative populism, conservative elites will choose tending to cultural grievances over policies that would grant their working class voters real power and agency every time.