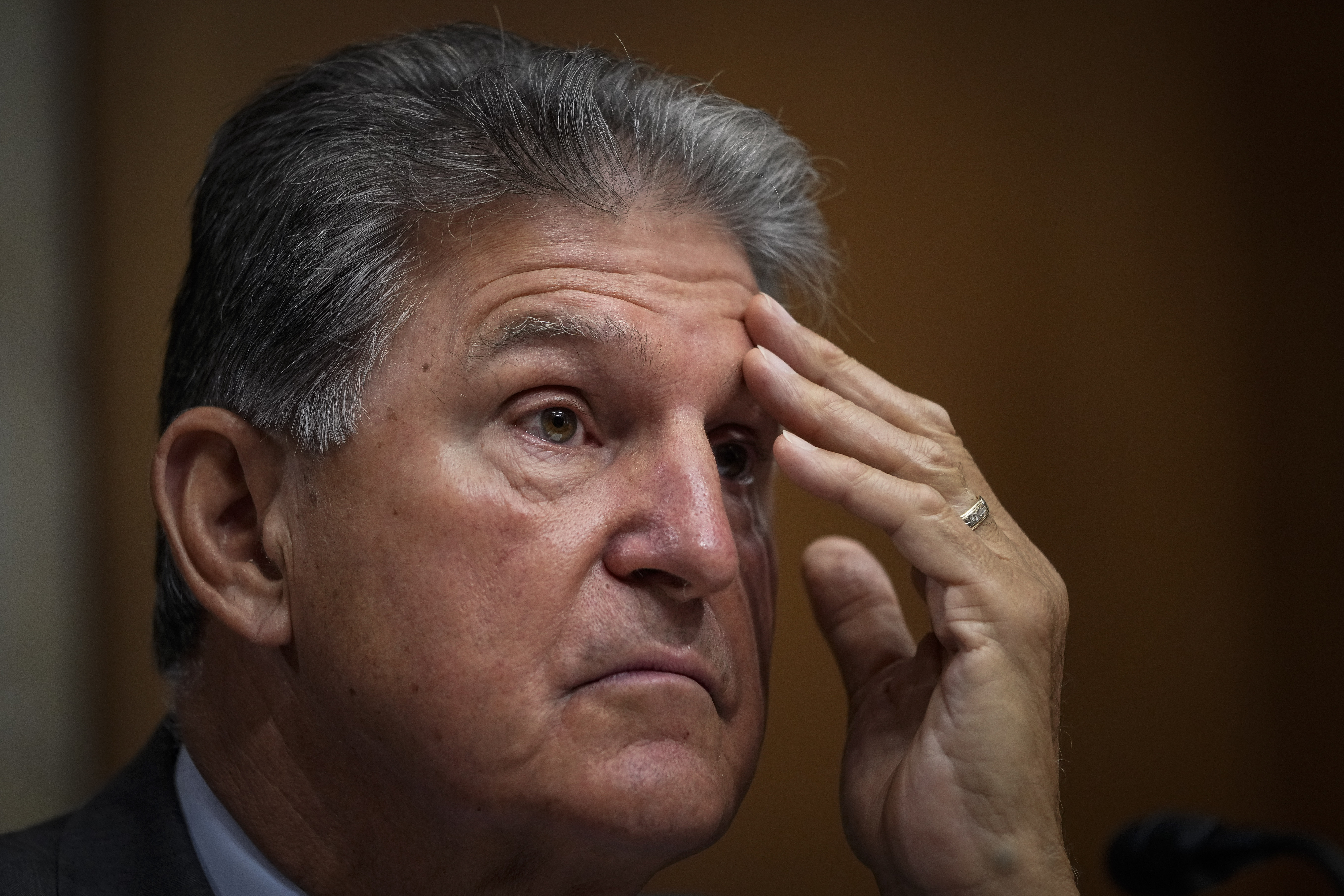 Last week, I criticized West Virginia Senator Joe Manchin for announcing that he would vote against the For the People Act on purely performative grounds. Manchin’s op-ed criticizing the bill did not name a single provision that he opposed; he simply refused to back Democrats’ signature election-reform measure because Republicans happened to oppose it. (He calls this bipartisanship.) I doubt Manchin read my column. But he’s taken a step since then to stake his positions on the bill’s actual contents.

In a statement earlier this week, Manchin laid out exactly which parts of the For the People Act he could support. The results were better than expected. He backed many of the central reforms that Democrats favored (more on that in a moment). Manchin also embraced a host of the smaller ones as well: making Election Day a federal holiday, shoring up rules for provisional ballots and voter-roll maintenance, imposing stricter ethics requirements on the executive branch, bolstering campaign-finance rules for super PACs, and more.

“The right to vote is fundamental to our American democracy and protecting that right should not be about party or politics,” he said in a statement. “Congressional action on federal voting rights legislation must be the result of both Democrats and Republicans coming together to find a pathway forward or we risk further dividing and destroying the republic we swore to protect and defend as elected officials.” He also reiterated his support for the John Lewis Voting Rights Advancement Act, a bill that would restore and expand the Voting Rights Act of 1965.

More than a few progressive activists and lawmakers jumped to embrace his bargain, most notably Stacey Abrams. “What Senator Manchin is putting forward are some basic building blocks that we need to ensure that democracy is accessible no matter your geography,” she told CNN. There was even little blowback from the left against the only major concession Manchin sought: a national voter ID requirement that provided a wide range of options to prove one’s identity. Georgia Senator Raphael Warnock indicated that he’d be willing to accept that provision in exchange for all the others, and Abrams said her problem with voter-ID laws were state-level bills that only allowed certain types of ID to vote.

Three of the provisions that Manchin backs are particularly critical. First, under his counter-proposal, each state would be required to conduct two weeks of early voting. In some states, that wouldn’t be much of a shift. But many states limit who can cast ballots before Election Day and when they can do it. Five states don’t allow early voting at all. Guaranteeing two weeks of early voting would be a major step in equalizing access to the ballot within and between each state. If the bill guarantees that Saturdays and Sundays are included, it would also make it easier for working-class voters to take part.

Second, Manchin supported the bill’s proposal to require automatic voter registration, or AVR, in each state. Under this system, otherwise eligible voters are registered to vote whenever they apply for a drivers license or other form of ID at the DMV, unless they specifically choose to opt out. A handful of states have already adopted this policy in recent years, and there is some evidence to suggest that AVR has a healthy effect on voter turnout rates. What’s more, AVR also helps insulate the electorate against measures that might suppress voter participation at the registration stage of the process.

Third, and perhaps most importantly, Manchin endorsed a federal ban on partisan gerrymandering. It’s unclear whether he was referring to the entire package of redistricting reforms that’s found in the For the People Act, but either way, it would be a significant step forward. Republicans have been particularly adept at drawing districts to insulate themselves from the democratic process over the past decade, sparking a wave of legal battles since the last census. The Supreme Court’s conservative majority closed the door to legal challenges against warped maps in a 2019 ruling, but Manchin’s proposal could reopen them.

There’s a fatal flaw, however, in Manchin’s proposal: He still wants to subject it to the 60-vote threshold in the Senate. The West Virginia senator’s insistence that voting-rights bills be passed in a bipartisan manner is a gift to Republicans like Senate Majority Leader Mitch McConnell, who is unwilling to support any legislation that would block Republicans’ anti-democratic tactics or make it easier for this country to be governed by majority rule.

“Senate Democrats seem to have reached a so-called ‘compromise’ election takeover among themselves,” McConnell said in a statement on Thursday. “In reality, the plan endorsed by Stacey Abrams is no compromise. It still subverts the First Amendment to supercharge cancel culture and the left’s name-and-shame campaign model. It takes redistricting away from legislatures and hands it over to computers. And it still retains [the For The People Act]’s rotten core: an assault on the fundamental idea that states, not the federal government, should decide how to run their own elections.”

None of McConnell’s points hold much water. Invoking “cancel culture” is a rhetorical trick to make expanded donor-disclosure requirements—a basic feature of the American campaign-finance system—sound dangerous and censorious. The reference to “computers” in redistricting is also nonsensical. Republican-led state legislatures already use computers to draw districts; the problem is that they use them to craft hyper-partisan maps to entrench themselves further in power. And the “rotten core” to which he refers is actually a bedrock constitutional principle: Congress has the well-worn power to set the “time, manner, and place” of congressional elections.

In other words, the bill would undermine McConnell’s life-long vision for American governance. As my colleague Alex Pareene has explained, the Senate minority leader has spent his entire career bending the structure of our politics towards well-funded donors and corporate interests. He is also an implacable partisan. McConnell’s tenure as the GOP’s Senate leader is defined by wielding all of the anti-democratic mechanisms he can muster against Democratic presidents and majorities, then turning the chamber into an assembly line for stuffing conservative judicial nominees when a Republican is in the White House.

It’s a positive step forward for the For the People Act—and for democracy reform and voting rights in general—that Manchin has embraced the bulk of its provisions. But all the positive steps forward in the world won’t matter if he prioritizes the filibuster over American democracy itself. As long as he’s willing to give Republicans an undeserved veto over reforms that would make it harder for them to suppress turnout and warp congressional districts in their favor, it’s hard to say that he’s truly in favor of these reforms at all.