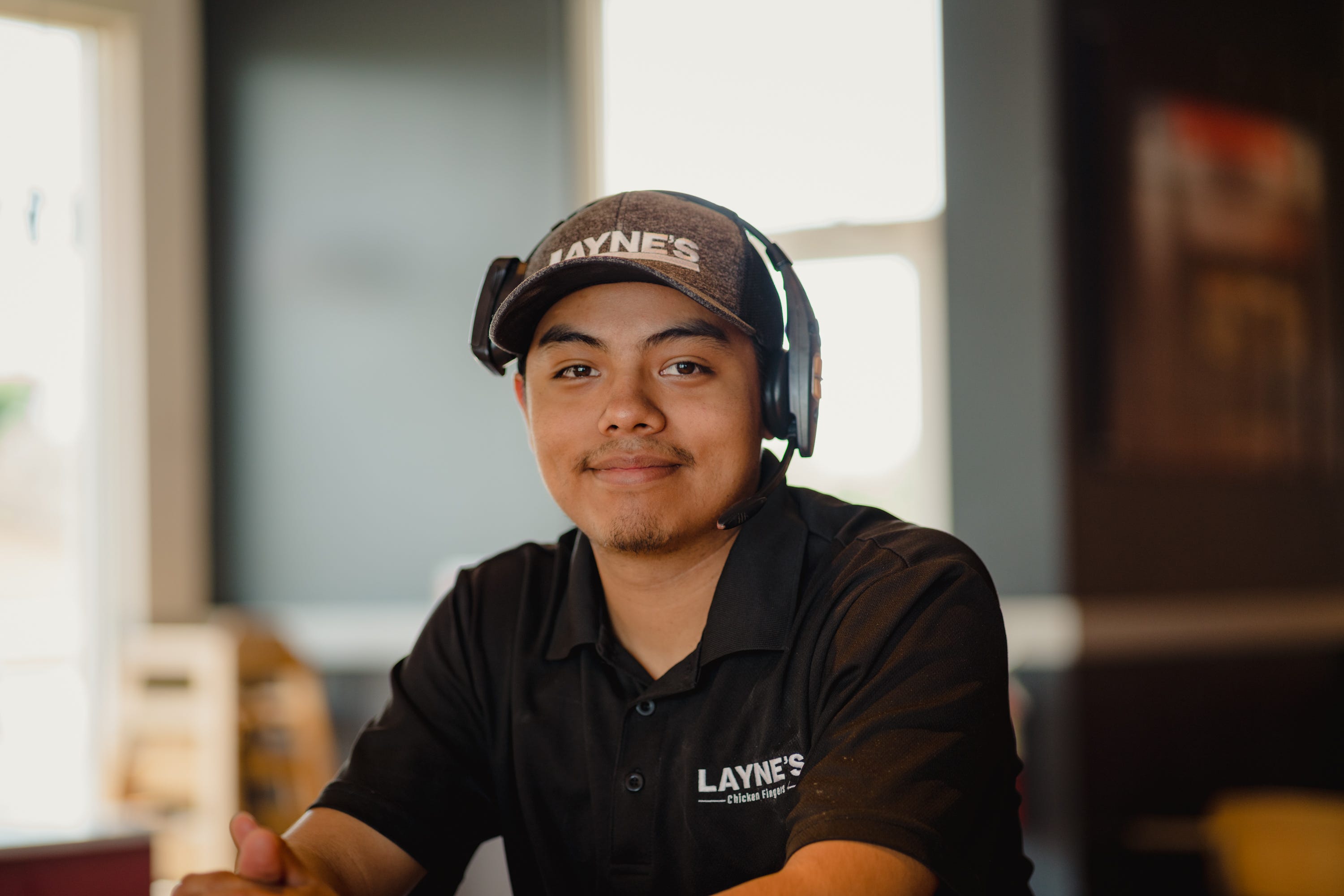 Jason Cabrera, 19, is the general manager for a Layne's Chicken Fingers restaurant in Allen, Texas.

Jason Cabrera, 19, earns $50,000 a year and manages 22 people at Layne's Chicken Fingers in Texas.
Laynes' CEO said he has made three teenagers managers this year amid the labor shortage.
Cabrera said some customers are “shocked” at his young age. Here's what his day looks like.
See more stories on Insider's business page.

Jason Cabrera became a manager of a Texas fast-food restaurant just one week after his 19th birthday. He started out buttering toast and washing dishes for $9.25 per hour, and now earns $50,000 a year in his senior role.

Cabrera, who joined the Allen branch of Layne's Chicken Fingers in late 2018, took the job in January, as a severe labor shortage pushed the restaurant's CEO to promote three of its teenage employees to managers.

The young manager took Insider through his average workday, from making a lemonade batch at 8 a.m. to checking in with some of the 22 employees he manages.

At 8 a.m., Cabrera gets into the restaurant before his team arrives and makes a big batch of lemonade for customers. 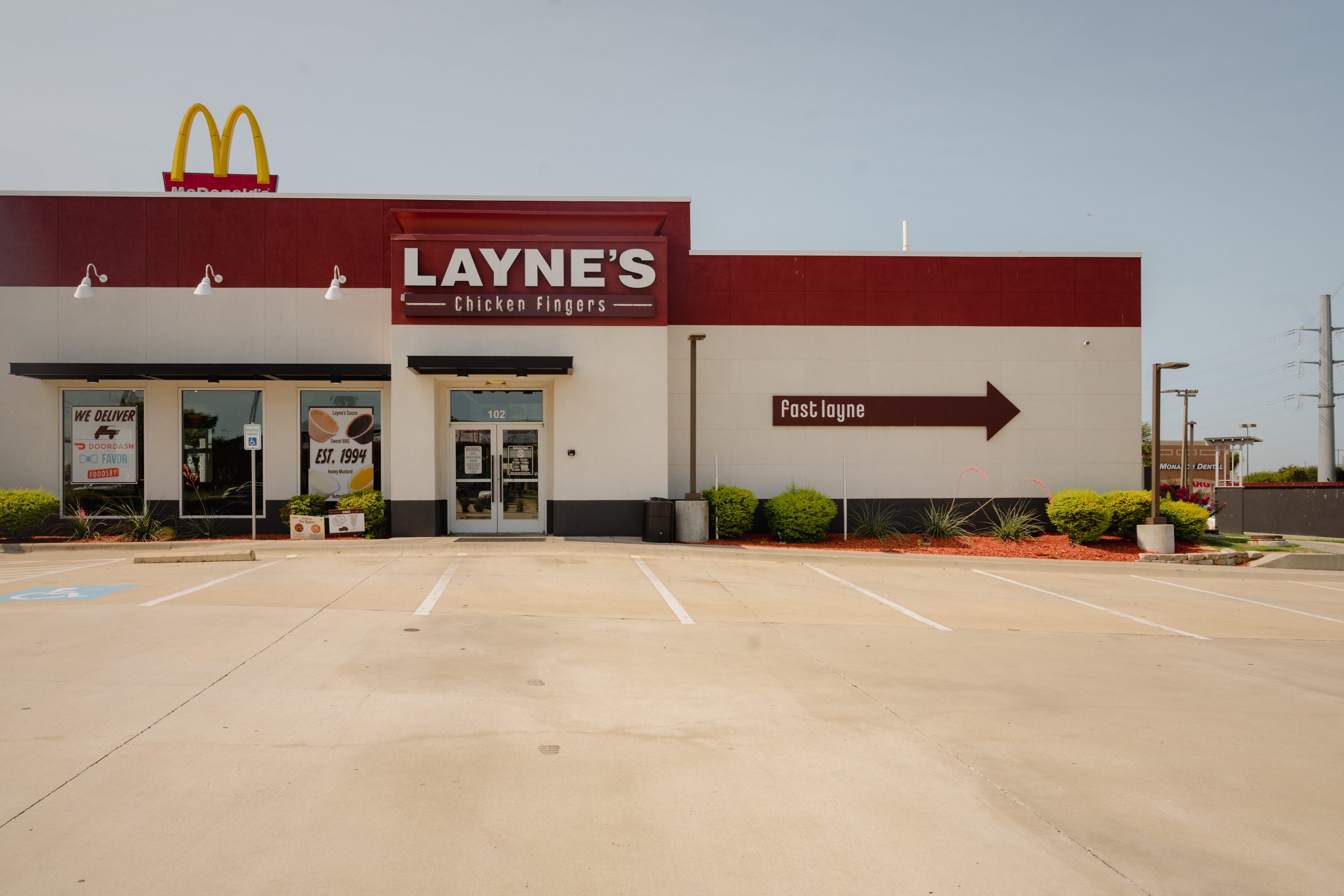 By 10.30 a.m., all team members have arrived – Cabrera usually manages about eight per shift – and the restaurant is open for its first customers.

Cabrera said that managing 22 people, all aged between 16 and 21 years, forced him to mature quickly. 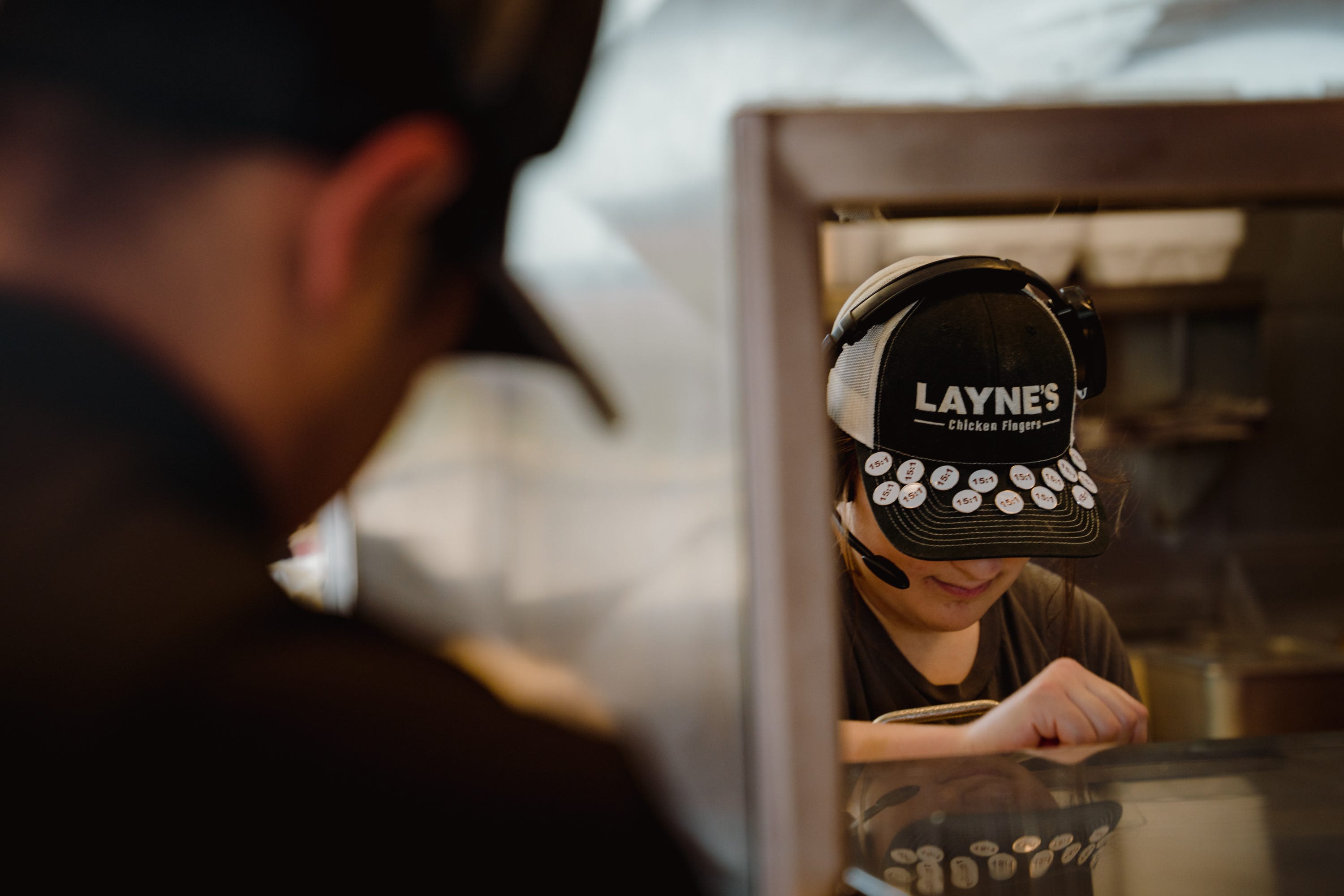 Cabrera's staff are all aged between 16 and 21 years.

“When I started working I was still a young kid that liked to have fun,” he said. “That was the problem. I had too much fun but I guess as I started getting into the role and whatnot, I matured so quickly without really noticing.” 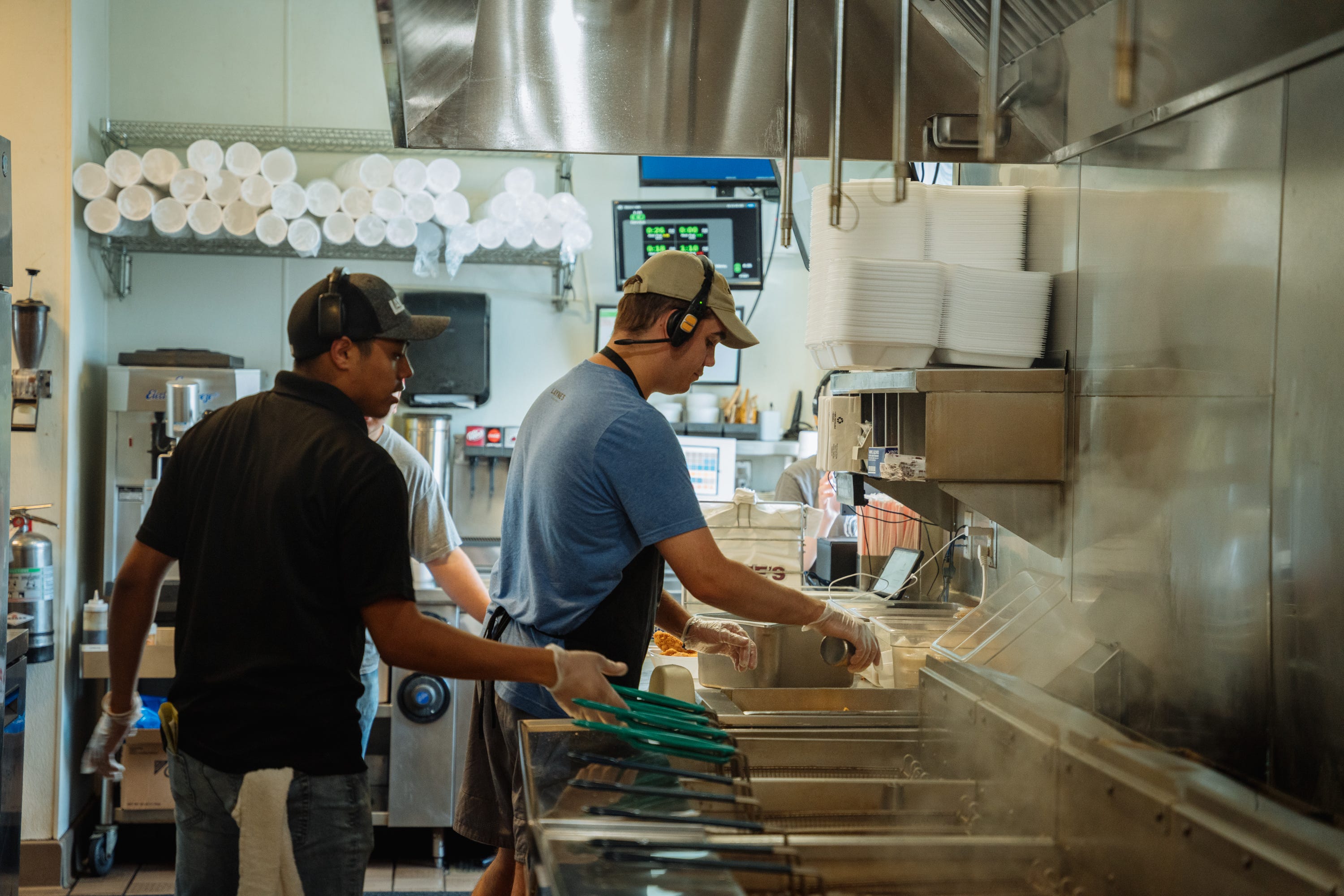 From 10.30 a.m. to 3 p.m., Cabrera is constantly moving, checking in with his team, and dealing with guests.

Asked whether he finds being on his feet all day tiring, Cabrera said that he doesn't “feel anything” because he's “really young.”

“Probably once I, you know, start getting older then I'll start having back problems,” he said. 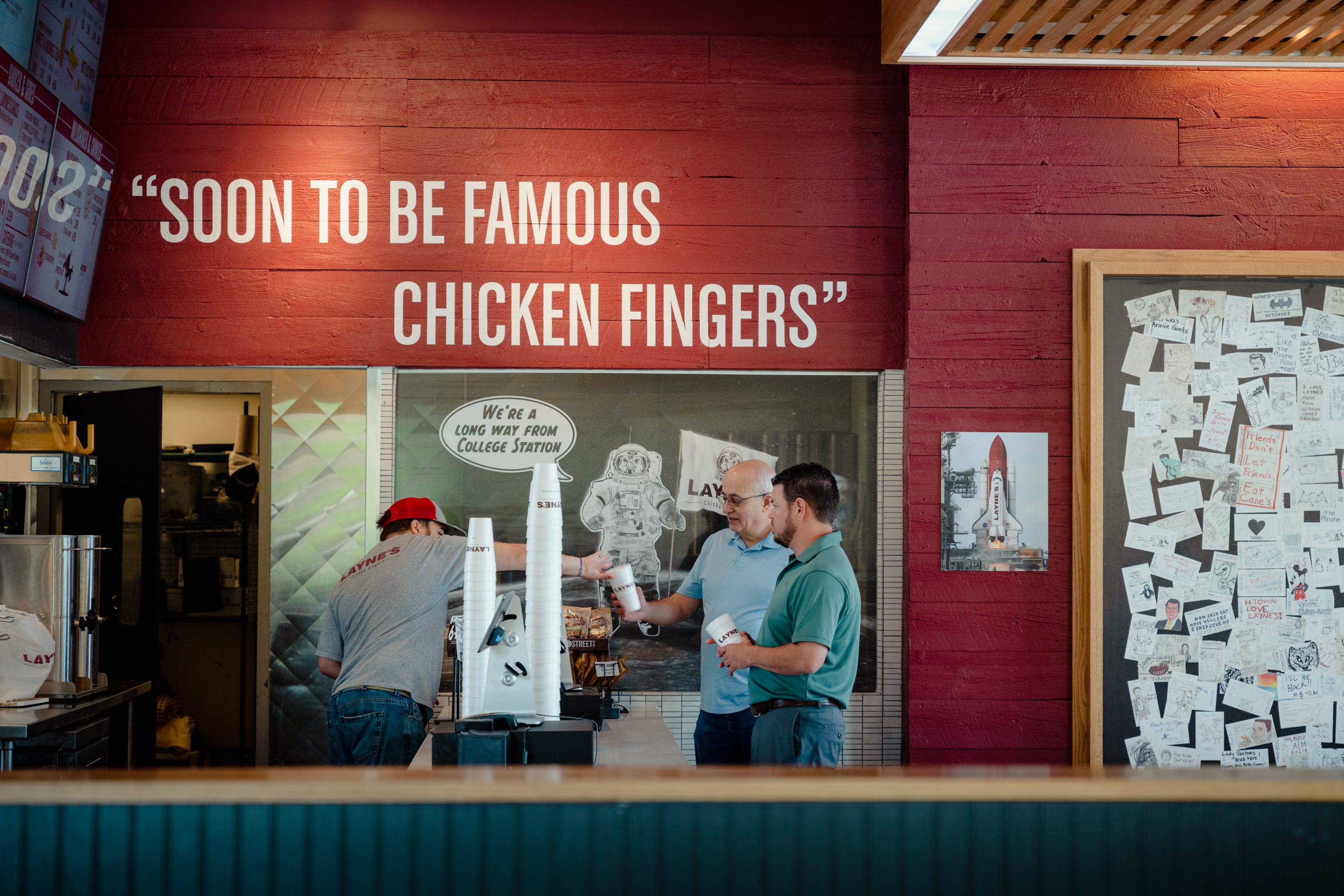 On Tuesdays, when Layne's offers a range of meal deals, including discounts of up to 20%, the restaurant is usually busier.

Cabrera said he particularly enjoys these days because he gets to interact with more guests.

“It's something I get to look forward to every week,” he said. “I really love seeing our parking lot filled with a bunch of cars.” 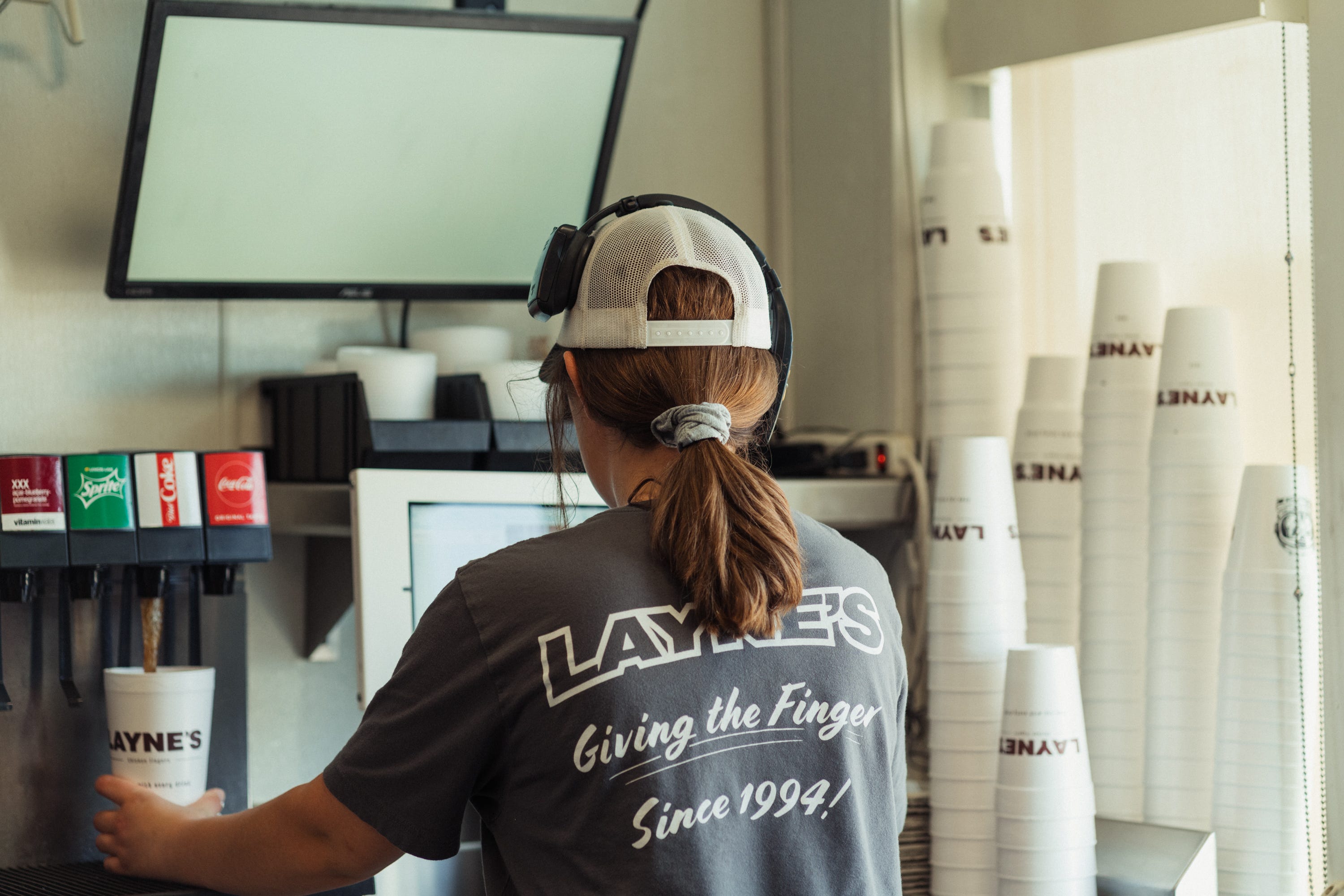 Cabrera manages up to eight workers in any given shift.

Cabrera said he enjoys dealing with “shocked” customers who asked to see the manager and don't expect to see “a 19-year-old kid running a whole store.” Several customers have asked him for his age.

“I love seeing the reaction. It's really funny,” he said. “They start complimenting me and just letting me know, hey man, when I was your age I wasn't doing any of that stuff.” 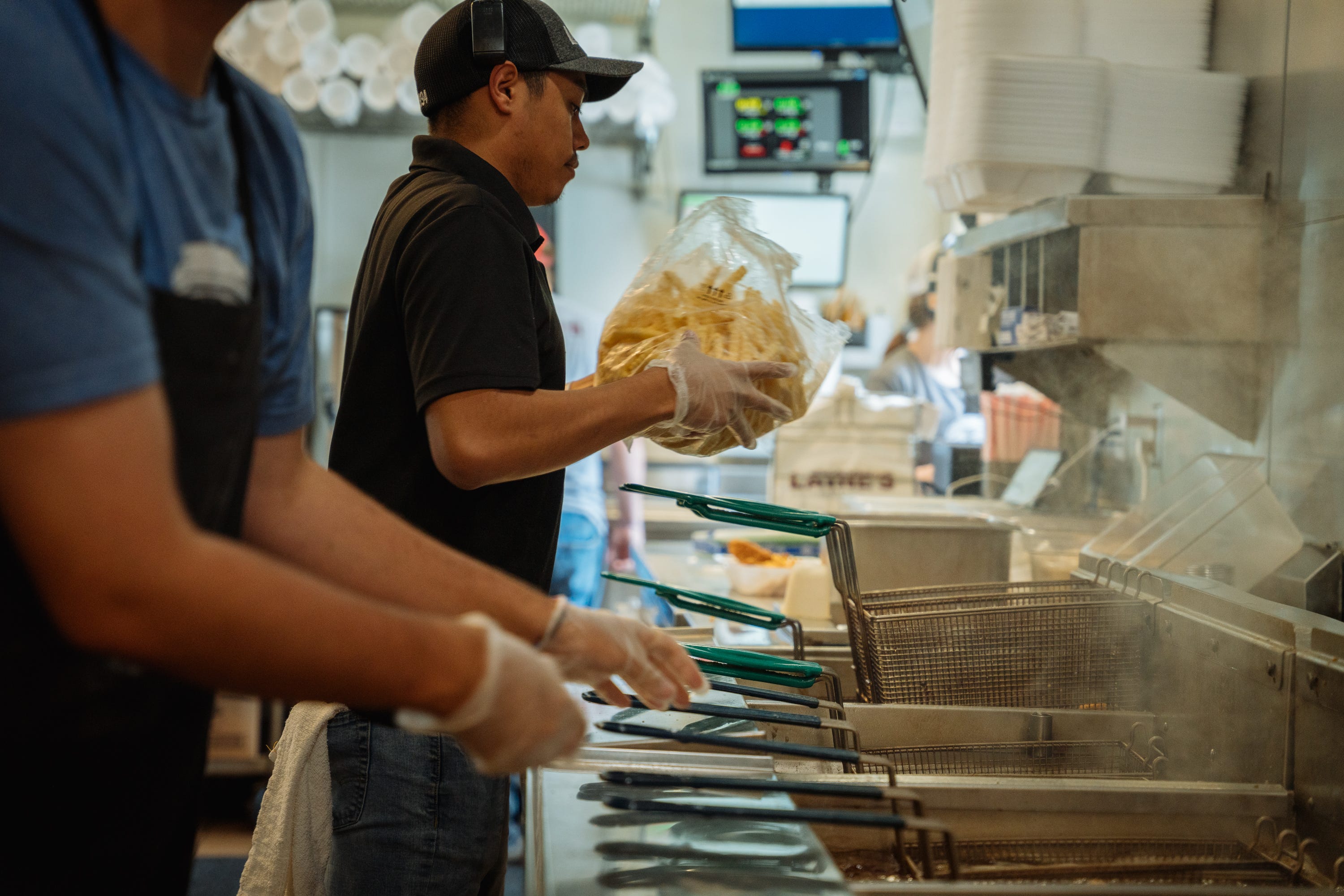 Cabrera helps out in the kitchen and usually prepares a big batch of lemonade for customers when he arrives at 8 a.m.

At 3 p.m., Cabrera retires to the restaurant's office to do paperwork, which includes calculating labor costs, ordering inventory, and tallying up sales and drive-through times.

“I crunch those numbers down every week. So the next week we have our corporate meetings here at the office and we go over those numbers,” he said. 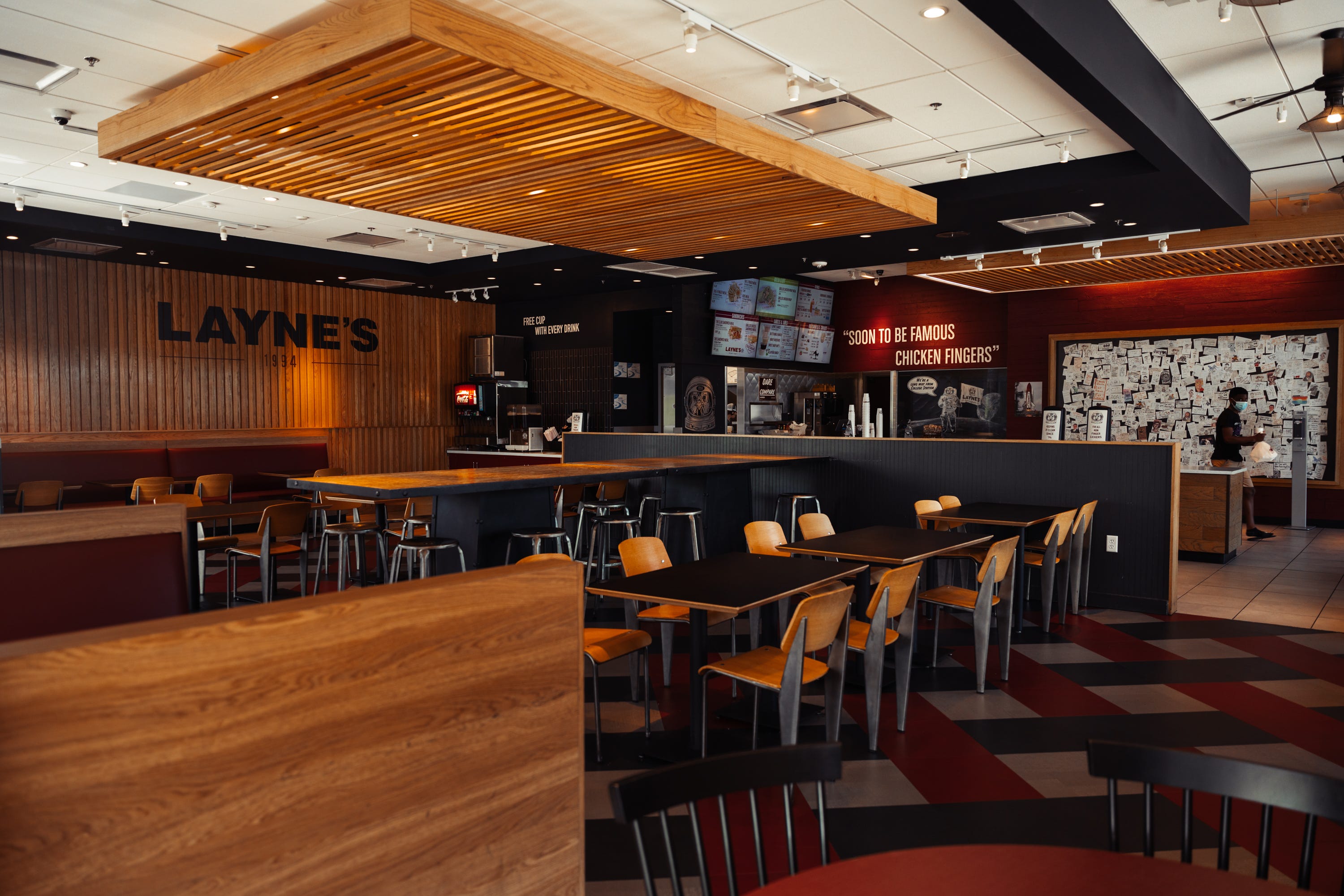 The Allen branch of Layne's Chicken Fingers is one of eight across Texas.

Cabrera said he has spent much of his time recently trying to recruit workers. Garrett Reed, Layne's CEO, previously told Insider that he hiked wages for shift managers by 17% to $14-per-hour to entice applicants amid an industry-wide labor shortage. 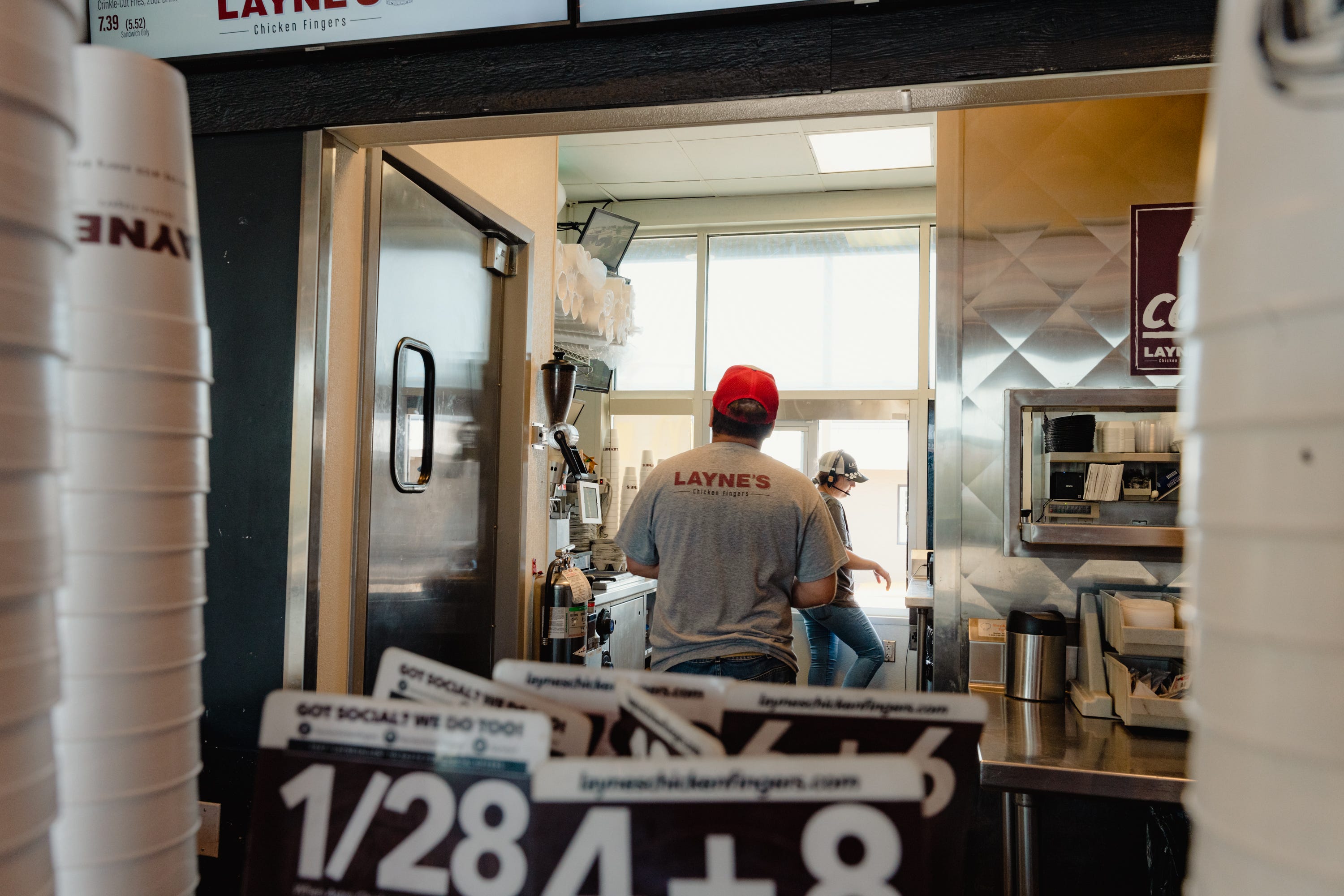 Cabrera said that much of his time recently has been spent trying to find workers.

At 4 p.m., Cabrera hands over to a shift manager and often goes to watch a baseball game.

After work, Cabrera watches the Texas Rangers in action. His new paycheck means he can do this far more regularly.

“I would only to go to one game a season but now I go to like 12 games a season,” he said.

Read more: I'm a millionaire businessman who was arrested for protesting with restaurant workers. We demand better wages for the employees running our economy. 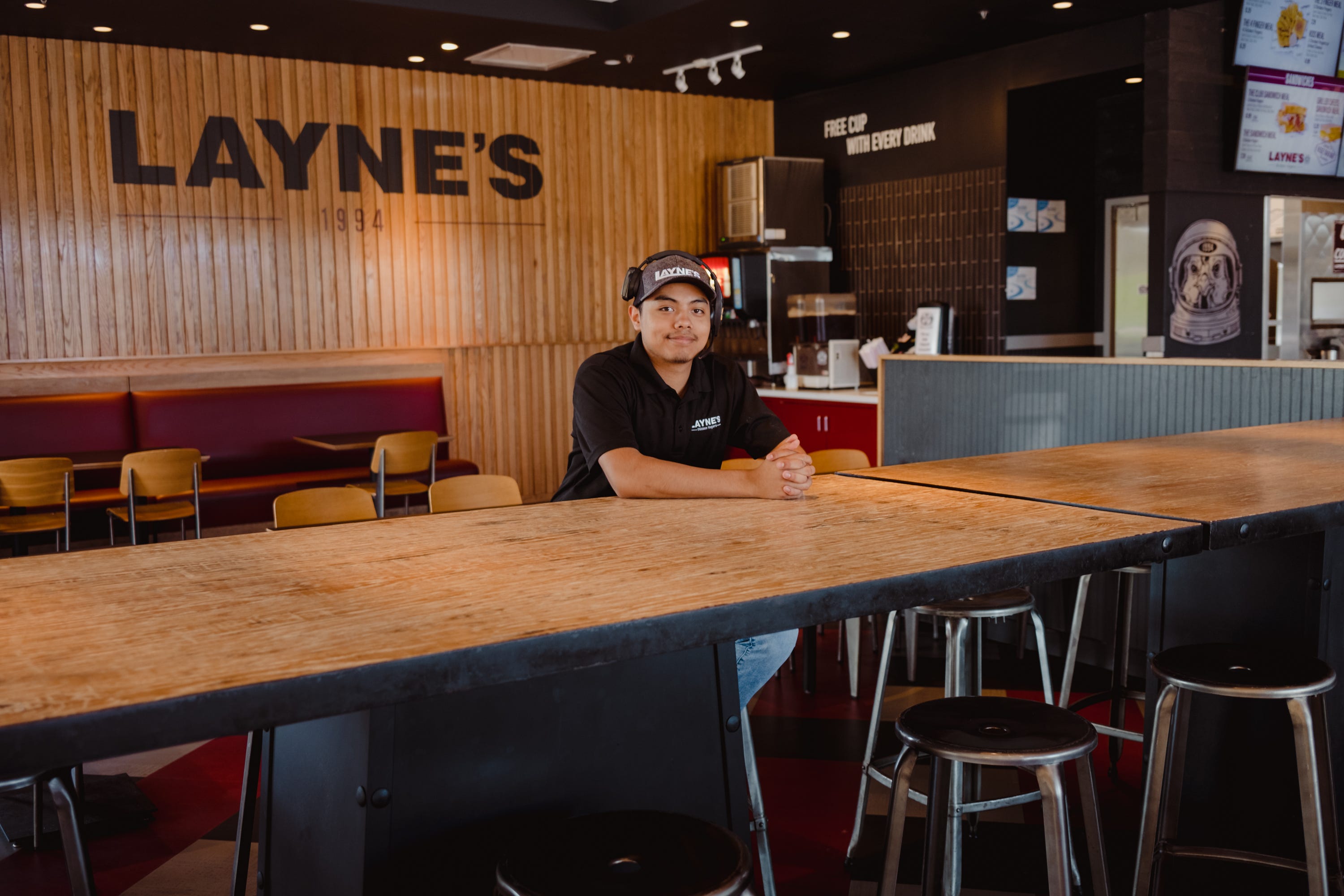 Cabrera said that he has matured quickly since taking on the general manager role.

Cabrera said he is saving part of his $50,000 annual salary to buy his parents a house and eventually open his own Layne's franchise.

“If I'm smart with my money, which I have been,” he said. “I'll probably get there real quick.” 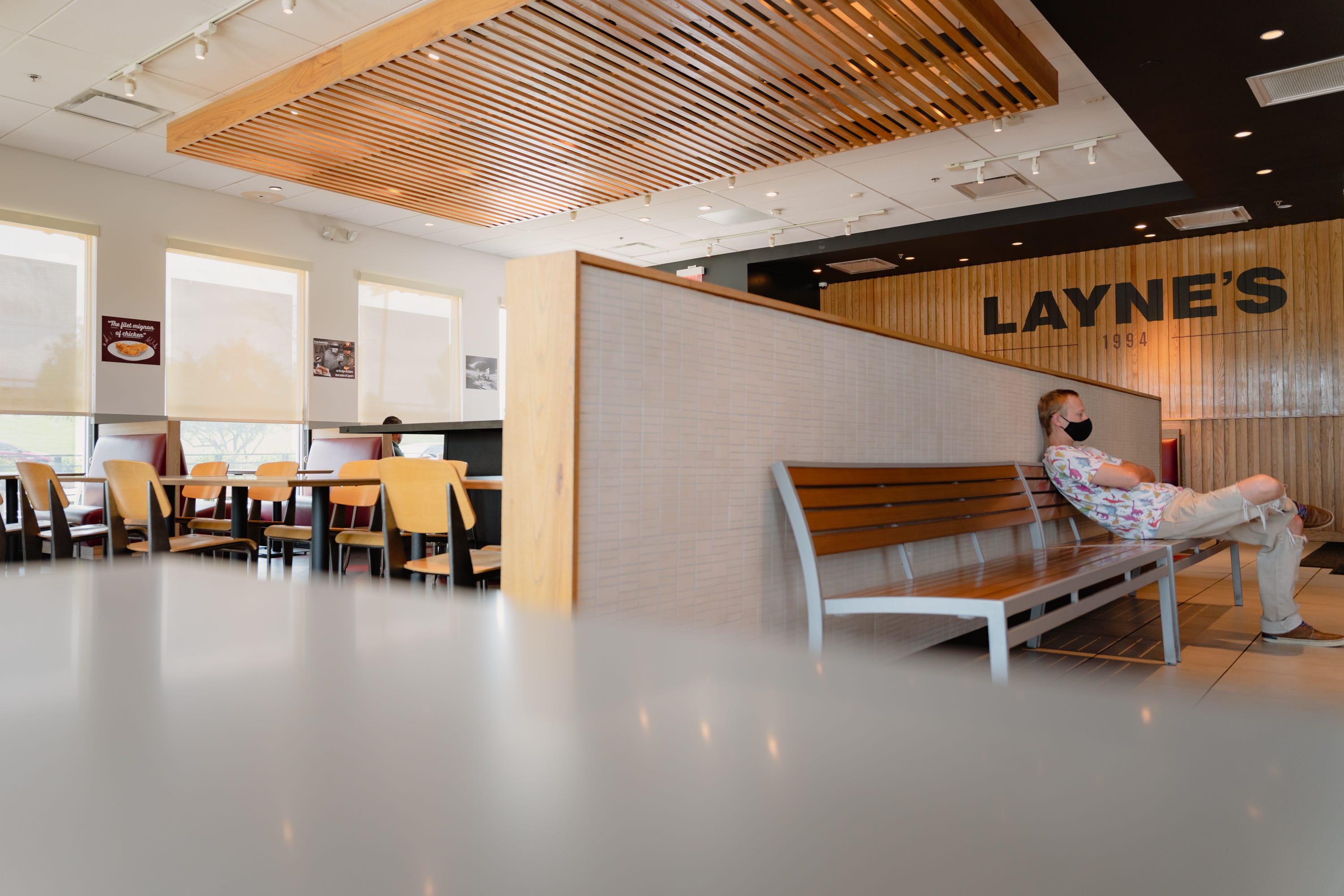 Layne's Chicken Fingers has promoted three workers between 18 and 19-years-old to general manager positions in 2021 amid a labor shortage.