It’s more than just the final frontier of scientific discovery. It’s also a sandbox where some of Hollywood’s greatest sci-fi adventures like to play. We’re talking galactic space operas that host universe-ending battles between evil empires and scrappy resistance fighters; exploratory missions meant to save mankind; out-of-this-world superhero origin stories set to some killer soundtracks, and more. When it comes to galactic epics, nothing is off-limits.

We’ve rounded up some of the best space movies streaming right now, in case all those movies set on Earth have become a bit boring for you. 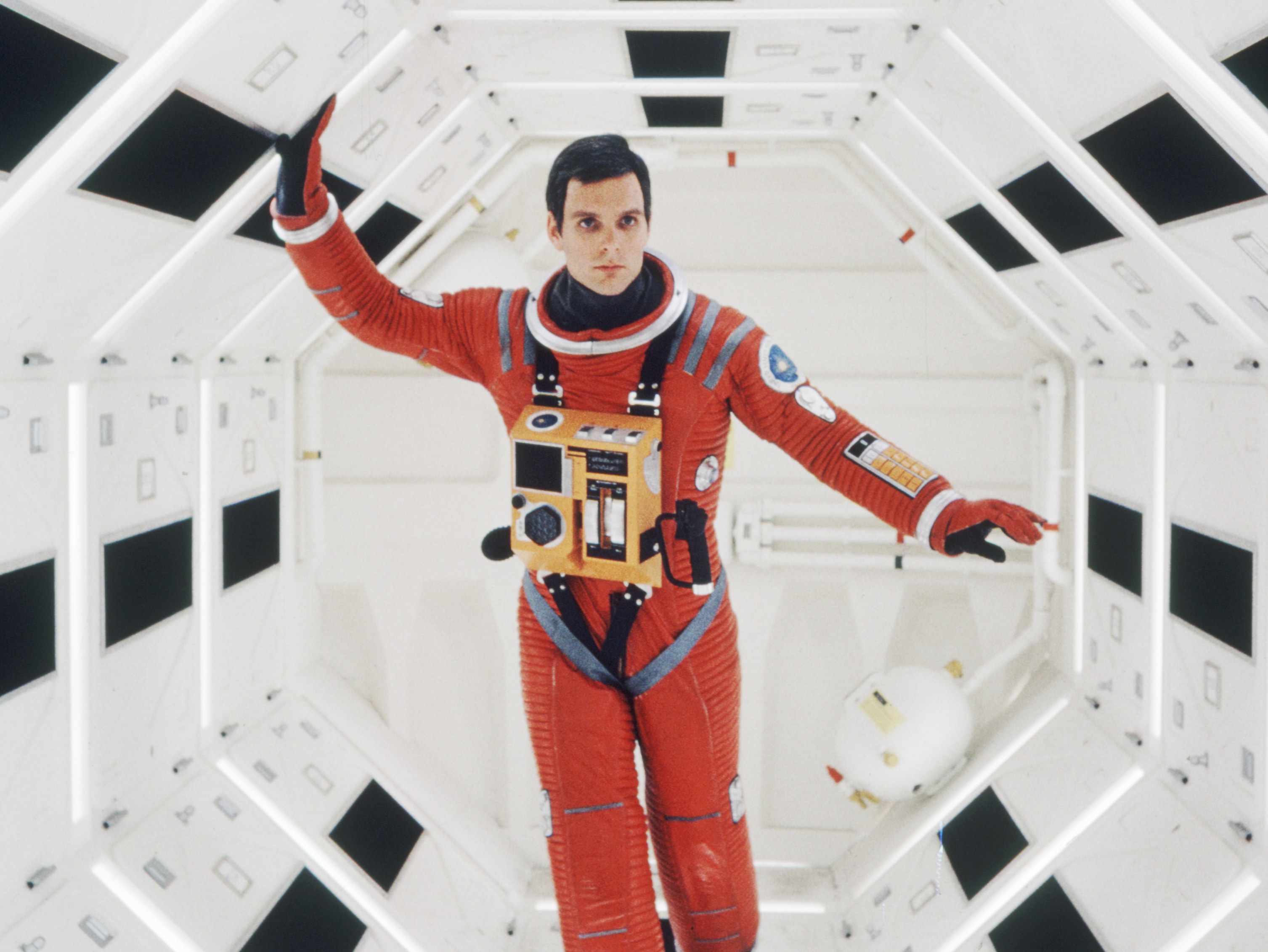 We really can’t talk about space movies without paying tribute to this Stanley Kubrick classic. It’s a sci-fi adventure that set the tone for so many intergalactic treks that followed it. The film follows a crew of astronaut explorers who set out to find the origins of a mysterious object buried beneath the Lunar surface. Part thriller, part futuristic drama, there’s a lot to love about this genre entry, even if some of the special effects are a bit outdated. 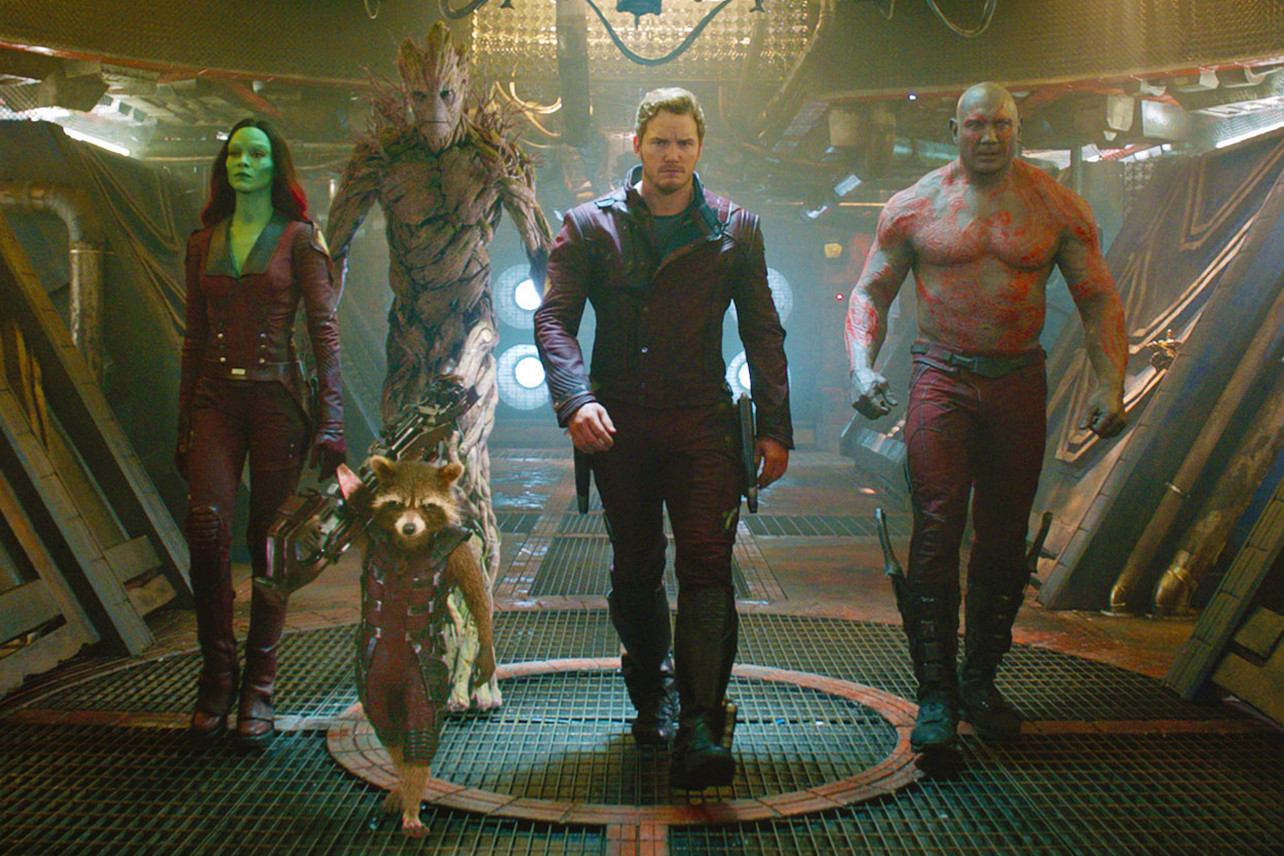 Sure, plenty of Marvel movies feature space romps, but James Gunn’s comedy about a bunch of assholes sent to save the galaxy still ranks number one amongst them. It’s not just that this oddball superhero origin story features perhaps the greatest movie soundtrack of all time or that its cast – Chris Pratt, Zoe Saldana, Bradley Cooper, and Dave Bautista – have incredible chemistry. It’s also because Vin Diesel gave us a masterclass in voice acting, playing a humanoid tree named Groot who repeats the same phrase for two hours and still manages to be the most beloved character of the entire Marvel Universe. Ron Howard’s docudrama stars a slew of A-listers including Tom Hanks, Ed Harris, Kevin Bacon, Bill Paxton, and Gary Sinise, but it’s the incredible true story off which the film is based that’s the real draw here. The Apollo 13 is infamous for becoming yet another failed mission to the moon, but it’s the tale of the survival of the crew against impossible odds, along with the fickle nature of space travel, that feels especially relevant. A lot of films celebrate space travel. This one reminds us of how harrowing and dangerous it can be. Most of director Ridley Scott’s sci-fi catalog can be summed up as follows: mankind really needs to be less curious when it comes to space stuff. He continues that lesson with Prometheus, a CGI-backed space adventure that follows a crew intent on discovering the origins of the human race. But when you land on a foreign planet and start hunting for literal gods, you really should expect things to go wrong. The cast – everyone from Charlize Theron to Idris Elba to Michael Fassbender is in this thing – is top-notch and the suspense is nail-biting. You really can’t ask for more.

Stream on Hulu with FX A space movie doesn’t always have to exist in, well, space. Hidden Figures proves that there’s plenty of tension and action and climactic build-up to be had on Earth, especially when recounting the origins of America’s space program. Taraji P. Henson plays Katherine Johnson, just one of the unsung African-American mathematicians who helped NASA launch a man into space. Watching her battle racism and sexism in her industry is almost as exhilarating as watching astronauts take that giant leap for mankind. 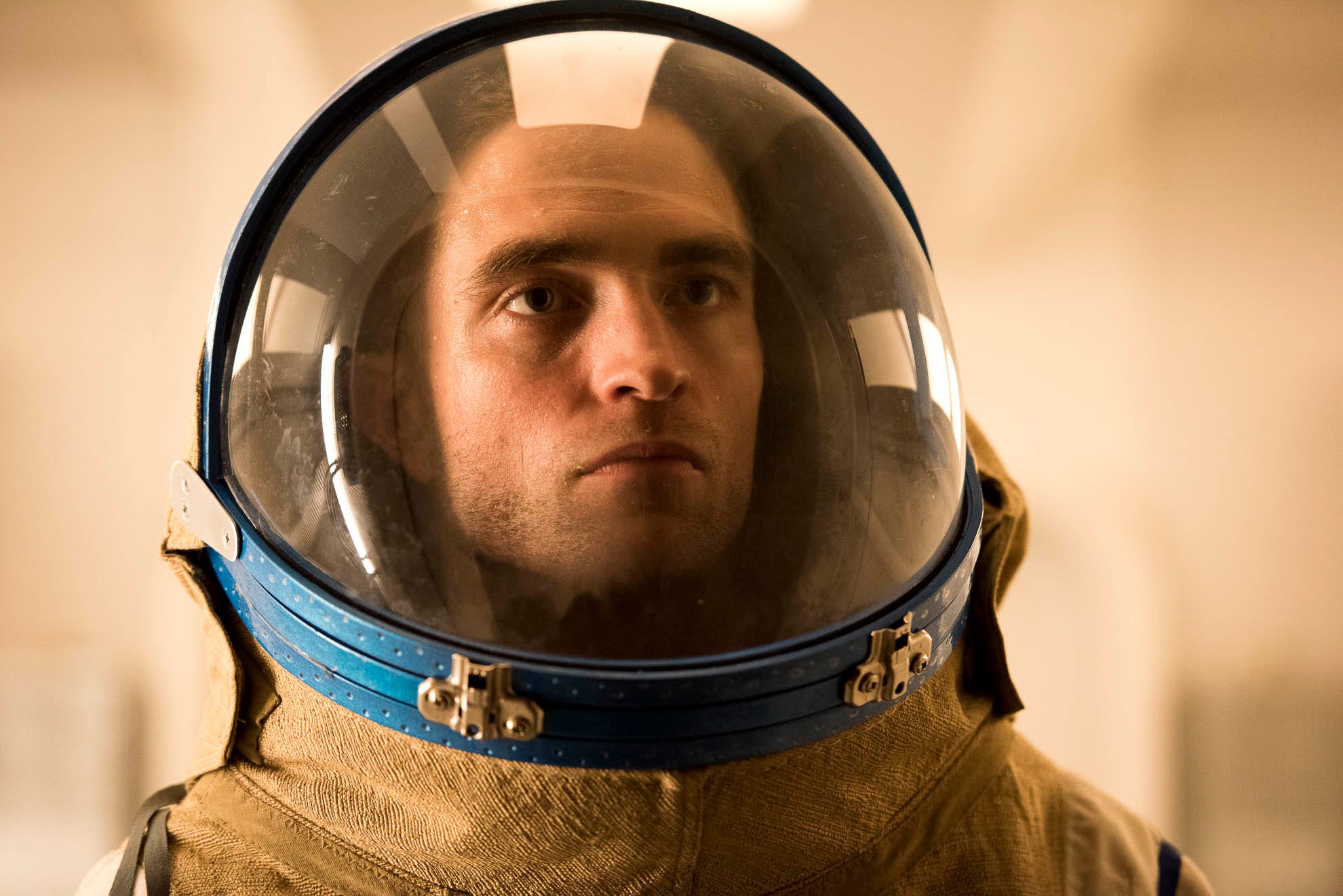 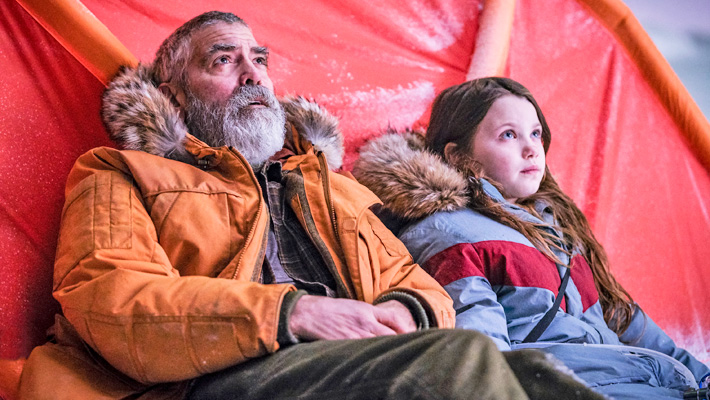 George Clooney is charged with saving the human race in this post-apocalyptic film and though his quarantine beard is truly a testament to the willpower of man, what’s happening on Earth pales in comparison to the film’s space antics. While Clooney’s character tries to warn off a returning crew from coming back to their radioactive home, Felicity Jones, Kyle Chandler, and David Oyelowo are tasked with blindly navigating meteor showers and surviving long enough to reach a new planet. But no pressure. Really, it’s just the fate of humanity that’s at stake. Rian Johnson’s entry into the Star Wars sequel trilogy is polarizing amongst longtime fans of the franchise because it dared to take risks and reimagine old tropes. But you know what everyone agrees on? How fantastic this space adventure looks. Whether Johnson’s taking characters on casino heists in Canto Bight or staging epic battles in hyperspace or building up to a familial showdown on the blood-red salt flats of Crait, he exploits all of the magic and mystery and terrifying beauty we associate with that great unknown. So just get over your gripes about Luke Skywalker and enjoy the visual treat that is this sci-fi masterpiece. 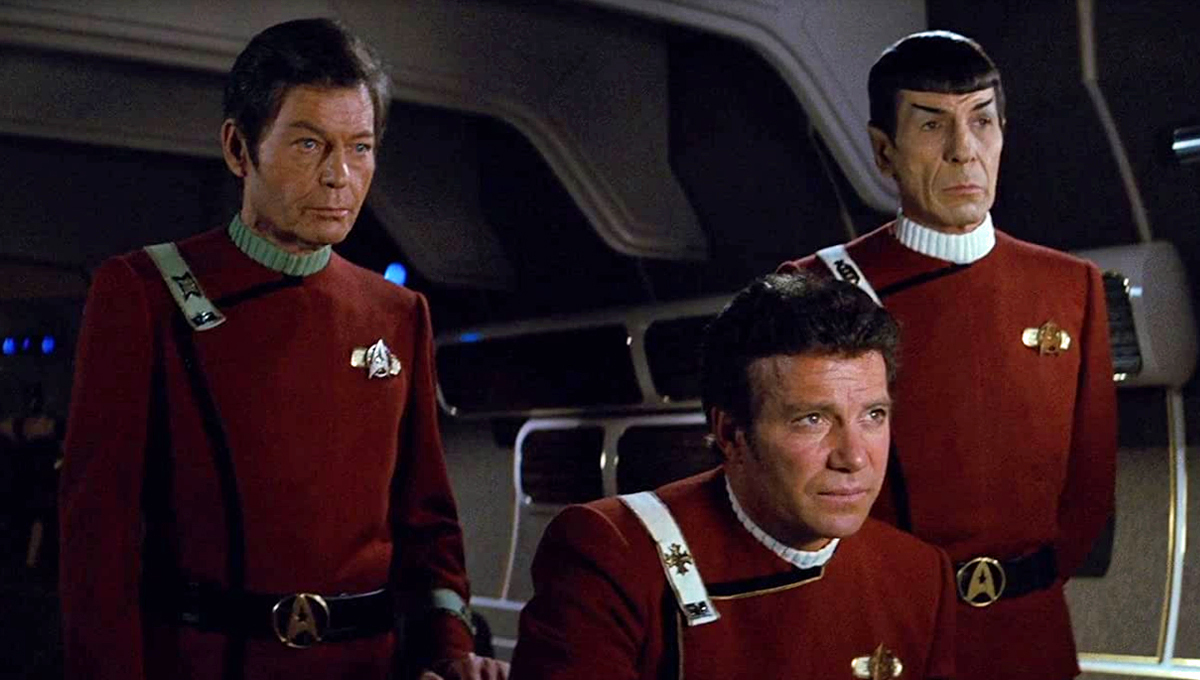 Really, any Star Trek movie is going to be a good space movie, but Wrath of Kahn gave us one of the franchise’s greatest villains and for that, we must include it on this list. William Shatner’s Admiral Kirk is pulled out of semi-retirement when an enemy from his past attempts to weaponize a technology intended to make worlds habitable. The Enterprise crew performs their usual heroics while planets explode and their hyperspace drive fails, but it’s the ending of this adventure that really elevates it above most other Trekkie installments.

No shade to the George Clooney remake, but Andrei Tarkovsky did something revolutionary with this early ’70s space epic. It follows a trio of astronauts whose mission to study an oceanic planet has stalled because the crew is going through an emotional crisis. Naturally, a psychologist is sent to figure out what the hell is going on, and he falls prey to the same phenomenon that has incapacitated the rest of the ship. It’s a very contained, humanized view of the effects of space and the isolation of space travel. 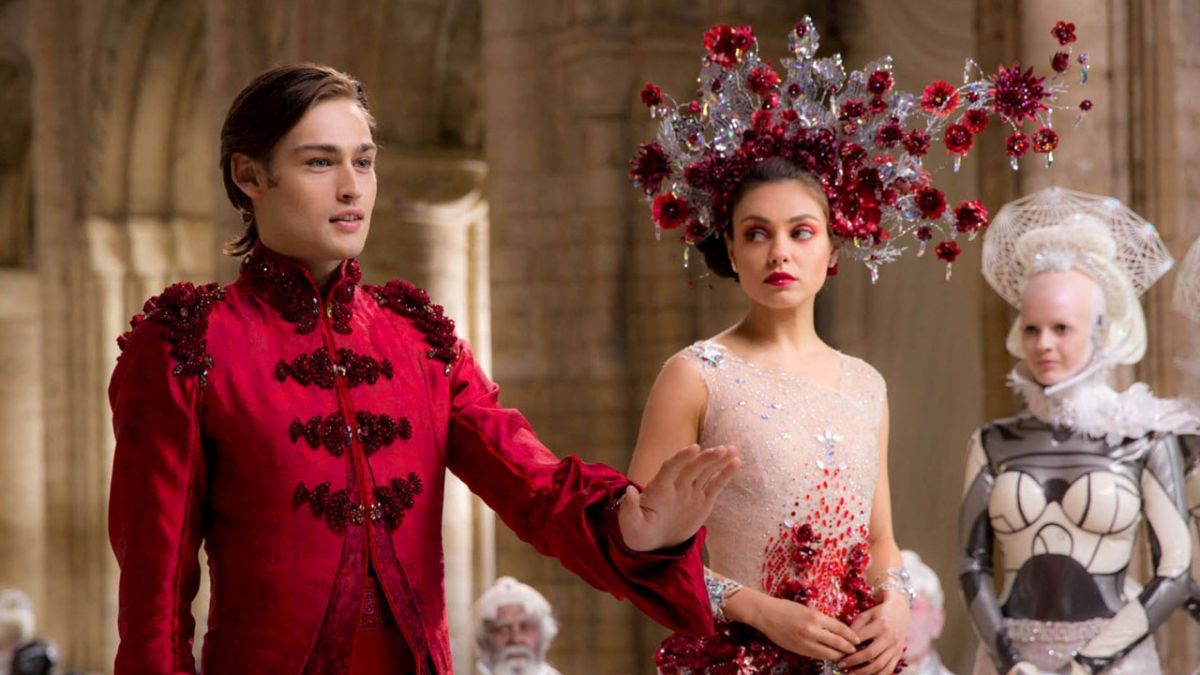 Look, this Wachowski sibling space opera gets a lot of, frankly undeserved, hate. That might be because the central romance between Mila Kunis’s reincarnated galactic queen and Channing Tatum’s half-human, half-canine genetically engineered soldier falls a little flat. But dammit, the world-building and stunning visual effects more than make up for it. Oh, and Eddie Redmayne over-acts his ass off in this thing as a galactic king who wants to harvest Earth to create a youth serum so he can live forever. Do yourself a favor and watch, just for him. Yes, technically Rogue One is another Star Wars movie, but it doesn’t feel like it. It’s darker, filled with ambiguous characters that explore new worlds. And it’s scrappy, a story about a band of rebels out of their depth in the larger war between the Empire and the Resistance, between the Sith and the Jedi. Felicity Jones plays Jyn Erso, a criminal with a murky past who joins other criminals with even murkier pasts to strike a blow against the Dark Side. There’s more adventure and planet-hopping here for space junkies – and some great character beats for Star Wars fans craving more. 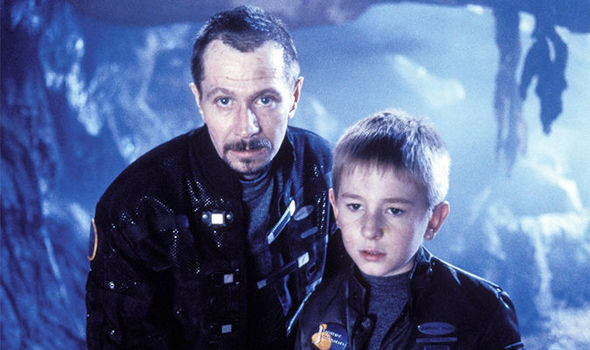 This totally ’90s sci-fi film is chock full of cheesy camp and really, that’s not a bad thing. If you want cerebral, hyper-realistic space treks, there are plenty of other options on this list. But, if you want a hilarious Swiss Family Robinson-style adventure featuring a truly inspiring villainous turn by Oscar-winning galactic saboteur Gary Oldman, well then … this is the film for you. 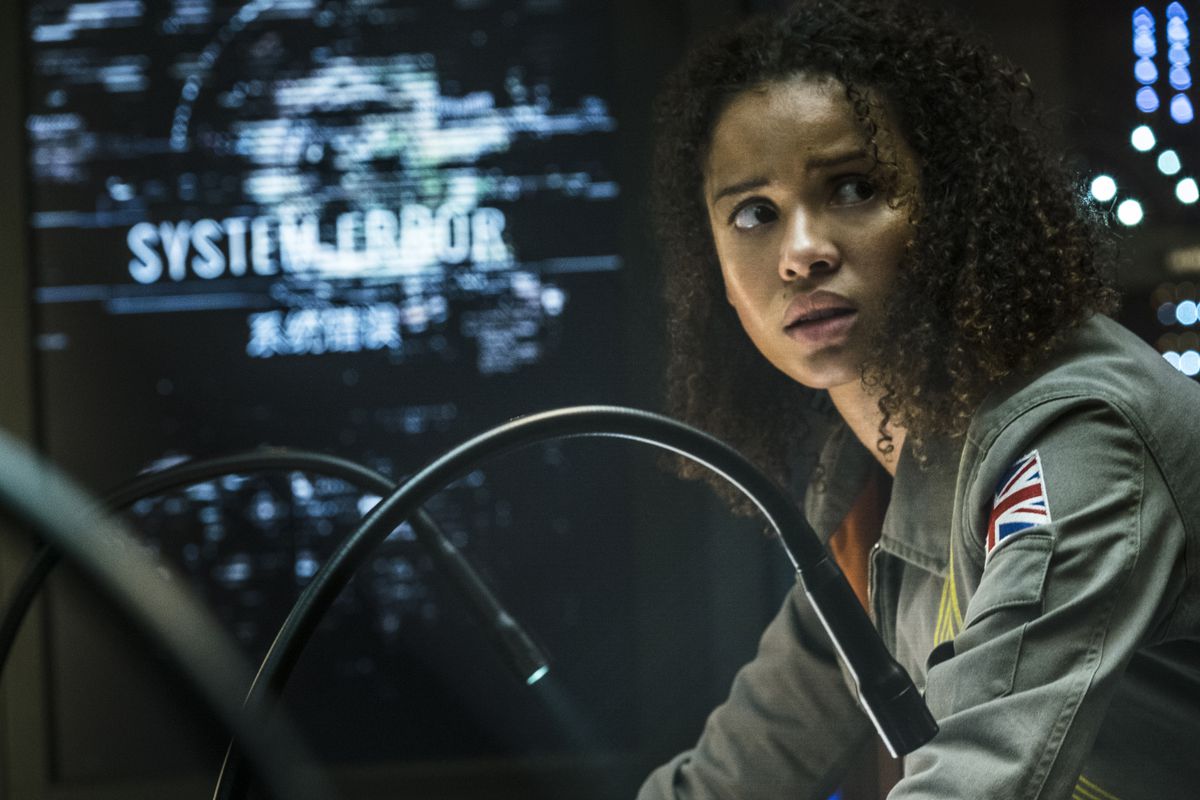 We’re convinced people would’ve appreciated this sci-fi thriller from J.J. Abrams more if he’d just changed the damn title. If you come at this horror story set in space without any expectations from other Cloverfield entries, you’ll find a pretty interesting account of a group of scientists trying to solve an energy crisis and stop a war on Earth. There are also some timeline mysteries to be solved and people disappearing into the ship, literally, and doppelgangers, but it’s all carried by a more than capable cast. Look, the word “space” is literally in the title of this ’90s animated-hybrid favorite and Michael Jordan has to defeat a basketball team filled with oversized aliens to save some beloved Looney Tunes characters. So we really don’t want to hear how this doesn’t qualify as a “space movie.” Expand your mind people.

15 Summer Movies Worth Returning to Theaters For